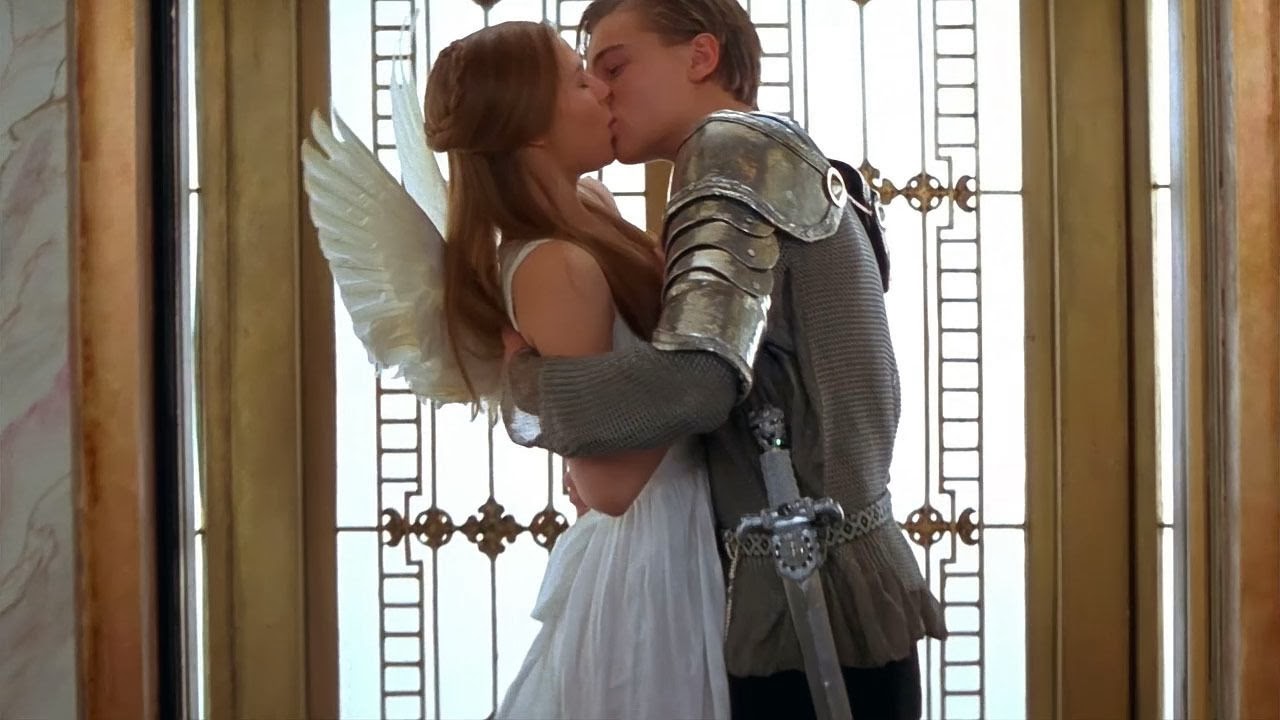 The historical significance (if we can use that term lightly) of this film is incredible, at least in the cinematic world.  I don’t think it’s an exaggeration to say that this movie was a giant deal, a colossal deal, an iconic 90s deal.  Before Kate & Leo in Titanic, there was Claire & Leo in Romeo + Juliet, a angst-ridden love story that fit the angst-filled times perfectly.  As a 90s teenager myself, I remember the importance of this film, the audacity of its style, and the must-see it so quickly became.  Watching it again, and looking back on it with new perspective, flaws come into view, Luhrmann’s directing takes its lumps, but the movie itself still holds that magical sway over audiences who experienced it when it was literally the biggest thing.

It’s a story that has been told, read, and enacted more times than we can count, a love story to beat all love stories; William Shakespeare’s Romeo and Juliet.  This time, the action is set in modern day Verona Beach, where a war between two houses comes to a deadly & bitter end.  The two heads of these families, the Capulets and the Montagues, battle with each other in the business world, while their relations fight in out in the streets.  Captain Prince, the law of the town, is sick of the bloodshed and commands a ceasefire.  But when Romeo Montague finds himself falling in love with Juliet Capulet, all rules are off, as passion demands its own actions.  Married in secret but with a hope of uniting their two families, the tragedy of these two young lovers is like no other.

Credit to Baz Luhrmann, who at this time was just trying out his wacky style, for attempting so bold a project, converting Shakespeare to modern times & adding in contemporary music to boot.  Like I said though, the 90s was the time to do it, as a more angsy time period has perhaps never been seen.  He’d do a much better job later with Moulin Rouge, but he got his start here, and it was mostly a success.  It doesn’t hurt that he had Leo as his leading man, fresh off a slew of stellar roles, right before he entered super stardom.  Claire Danes didn’t move on to much success, and you can tell she’s literally the weakest link.  The side actors were fun though, making a pretty impressive list: John Leguizamo, Paul Sorvino, Brian Dennehy, Paul Rudd, Jamie Kennedy, Dash Mihok.  And combined with an out-there style that breathed new life into an ancient work, Romeo + Juliet became a hit, not only in the 90s but for years to come.