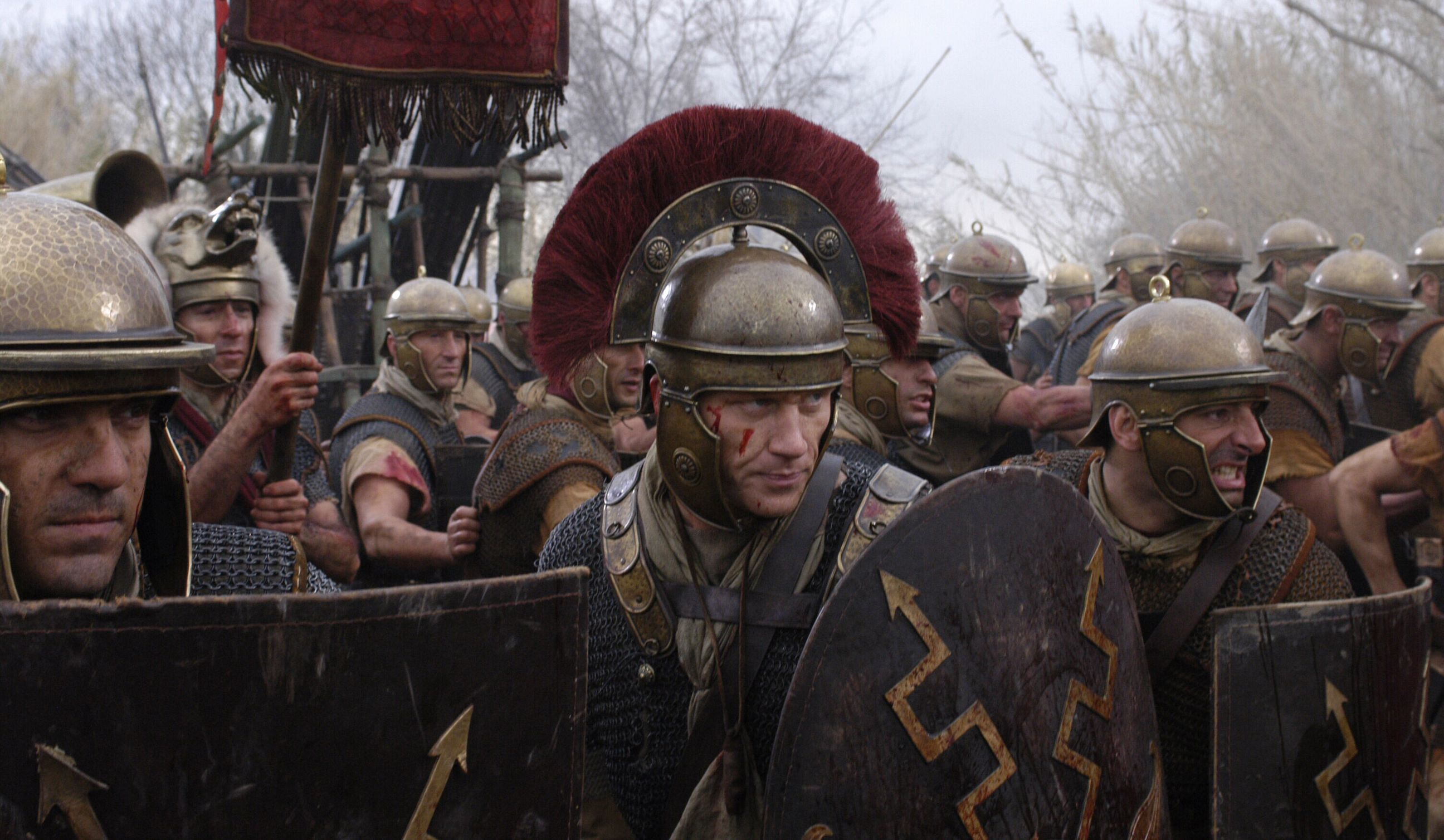 I don’t review TV, that’s not my interest and it’s not my focus.  Also, I don’t watch a ton, I’ve always just stuck to a few reality shows just for fun, but I’ve stayed away from the dramas and comedies that American audiences can’t seem to avoid watching.  Recently, with the emergence of HBO and then of Netflix, TV has become something more solid, approaching film if never quite catching up, and some of it has demanded my attention.  I watch OITNB, Stranger Things, Black Mirror, a few like that, and I’ve learned to let them entertain me without having to critique them too harshly.  Also, in the past, I’ve stumbled upon a few short-run shows that I enjoyed very much, like Band of Brothers, Firefly, and Rome.  Here’s my review of the latter, a compact series that feels like a long-running movie, and something that is easy to consume.

Set during the rise and the days of Julius Caesar, Rome is the historical story of an empire in constant upheaval, told to us by two fictional soldiers who seem to always be in the heart of the action.  Vorenus and Pullo are two of Caesar’s men, fighting for him as he conquers Gaul for the good of the Roman Empire.  As they lead their own lives and become great friends, they also must obey the will of their lord, and that often means dangerous adventures all over the known world.  They meet Cleopatra, follow Antony, vie with Brutus, support Octavian, and are there for the death of Julius Caesar himself.  While politics swirl around them, these two men lead us on a journey through history, showing us what it might have been like in an Empire that has never had an equal.

This show is a roller coaster of good and bad, but that’s also what makes it fun.  It only lasted two seasons, feels more like a very long, epic movie, and when it ends I doubt even the biggest fans were too sad.  It got silly, it lost its way, much like the Empire it simply crumbled when it outreached its ability.  But along the road, it sure was fun to watch.  History dramatized, the wealth of Rome right before our eyes, sex & debauchery at every corner, war upon war upon war; what’s not to like?  The British actors who made up the cast tried their best, but some were clearly better than others.  James Purefoy will blow you away as Antony, Ciaran Hinds is in his element as Caesar, and Indira Varma leaves her mark as Vorenus’ wife Niobe.  The rest aren’t really very good actors, but they wear enough army or jewelry, get naked to romp in front of slaves, and you forgive them.  I don’t watch Game of Thrones, but I wonder if we can credit Rome for being a precursor, a quality show with problems that led the way quite nicely.