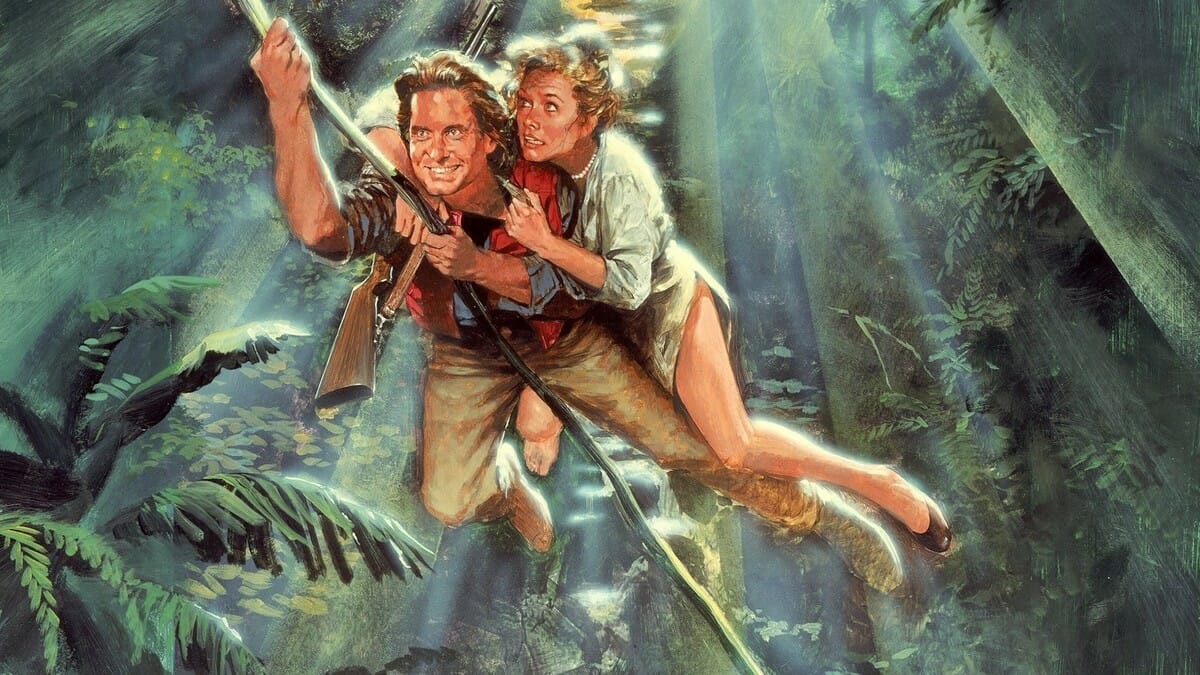 I am sure that I have watched worse movies than Romancing the Stone, but, off the top of my head, I can’t really think of any.  Maybe that’s because this belch of a film drove them from my mind while it was destroying my brain cells, or maybe that’s because there really are very few endeavors that can match this one in pure, bogus idiocy.  However this project was greenlit and this story caught on camera, something had to have gone wildly wrong in the collective conscience of all involved; a team of people can’t possibly be this naturally bad at everything.

Joan Wilder is a romance novelist, but she’s never experienced romance for herself.  She’s never experienced anything, she’s afraid of so much, her life continues without her participation, and the only things she has to cling to are her fantasies and her ability to showcase them to the adoring public.  But when her sister is kidnapped in Colombia, Joan will have to get off the couch and do something, because only she has the power to stop this terrible crime.  The kidnappers are after a treasure map, and when Joan meets adventurer Jack Colton, he is only to happy to help her find the booty.

This movie is abysmal, and I’m wondering what in the world went wrong that it was made, consumed, and enjoyed.  Because I remember this as a big deal when I was little, this story was in pop culture and the cinematic world, and I can even recall wanting to see it in the years after it was released, though I wouldn’t have been allowed to.  Well, I wish my mom was still monitoring my movies, cause this one sucks.  It’s random, it’s stupid, it’s all over the place, it’s kinda racist, and it doesn’t deserve any kind of forgiveness.  Turner & Douglas & DeVito are all AWFUL, just awful, like they’re pretending to be actors, not actually acting.  And the comedy is way off, the absurdity just absurd, not fun, which makes the whole gag & mood fall completely flat.  What a disaster, and I wish I had never witnessed it.