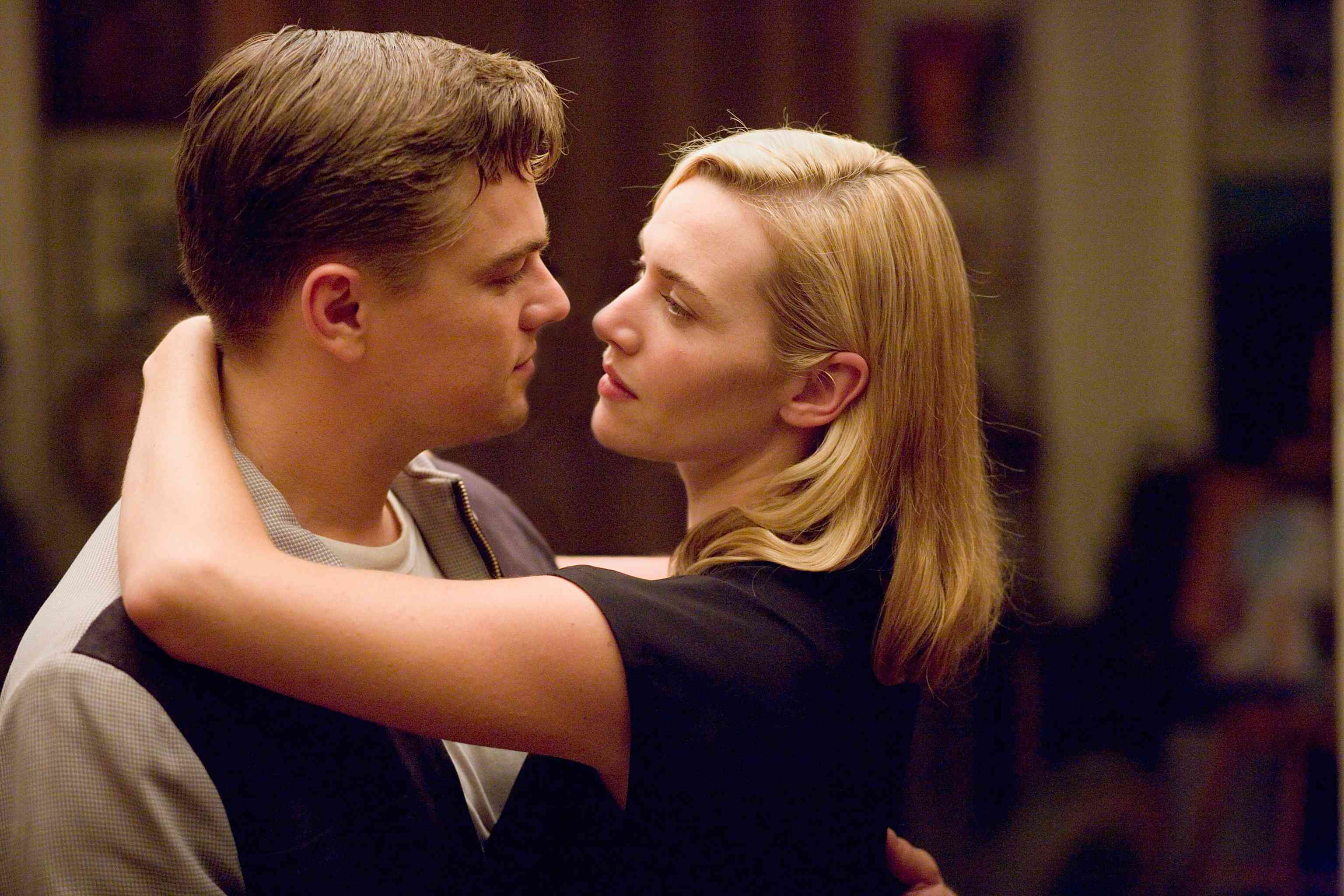 Sam Mendes’ first film was American Beauty; imagine debuting and creating something that spectacular.  I don’t know how he did it, but his next film was Road to Perdition, which is almost as good.  He has a sense for atmosphere and mood, adding music to make the perfect scene within which his actors can shine.  And he’s had incredible casts to work with, no doubt about that, which is part luck and part professionals understanding when a filmmaker has “it”.  His next movie was Jarhead, which was fine, but not impacting like his others.  So he went back to the well and created a movie that was simply a meld of American Beauty and Road to Perdition, down to the score and the threat of violence.  I don’t blame him for giving us more of what worked before, especially since Revolutionary Road is great entirely in its own right, with a terrific pair of actors and an incredible side cast to deliver exactly what we wanted and exactly was works.

Frank & April wowed each other when they first met at a party, both so full of life and ambition, each wanting so much out of what the world had to offer.  But, as people often do when they marry, have kids, and buy a house, they let their dreams slip away for the relative safety of the typical existence.  Now they’re the Wheelers, the smart young couple who have it all together; Frank is in sales and computers in the city, April stays at home with the two kids.  Their house is perky, their car is nice, and yet they aren’t content at all.  They talk about leaving it all behind and moving to Paris to lead a life of simplicity, but deep-seeded fears and doubts eat away at these plans, chewing on their marriage and their very idea of happiness.

Mendes knows what he’s doing, he can sculpt a couple who aren’t as perfect as they seem, a life that is so easily broken, a balance that can be tilted by violence until everyone tumbles off.  We know this because he has done it before, so it isn’t a surprise when he does it again.  You could say that it’s cheap to recycle your movies and your moods and your music, or you can say if it ain’t broke don’t fix it; that’s up to you.  But I enjoyed seeing what he could do again, I didn’t care that I had perhaps seen it before.  He had new pieces to work with though: Kate and Leo reunited, but also Michael Shannon, David Harbour, Kathy Bates, Zoe Kazan, Kathryn Hahn, Dylan Baker, Max Casella.  It’s an incredible cast, and there’s even a fleeting reference to Titanic thrown in so quick that you might miss it.  The film feels like a play, a staccato 50s drama with very precise dialogue and odd, dark moments, so it’s something you have to get used to, but I didn’t find it difficult to find the groove after a few minutes.  The story is haunting, so is the score, and of course the stars shine; this film is solid all the way around.  Mendes has been directing the James Bond movies recently; I’m ready for him to return to this.