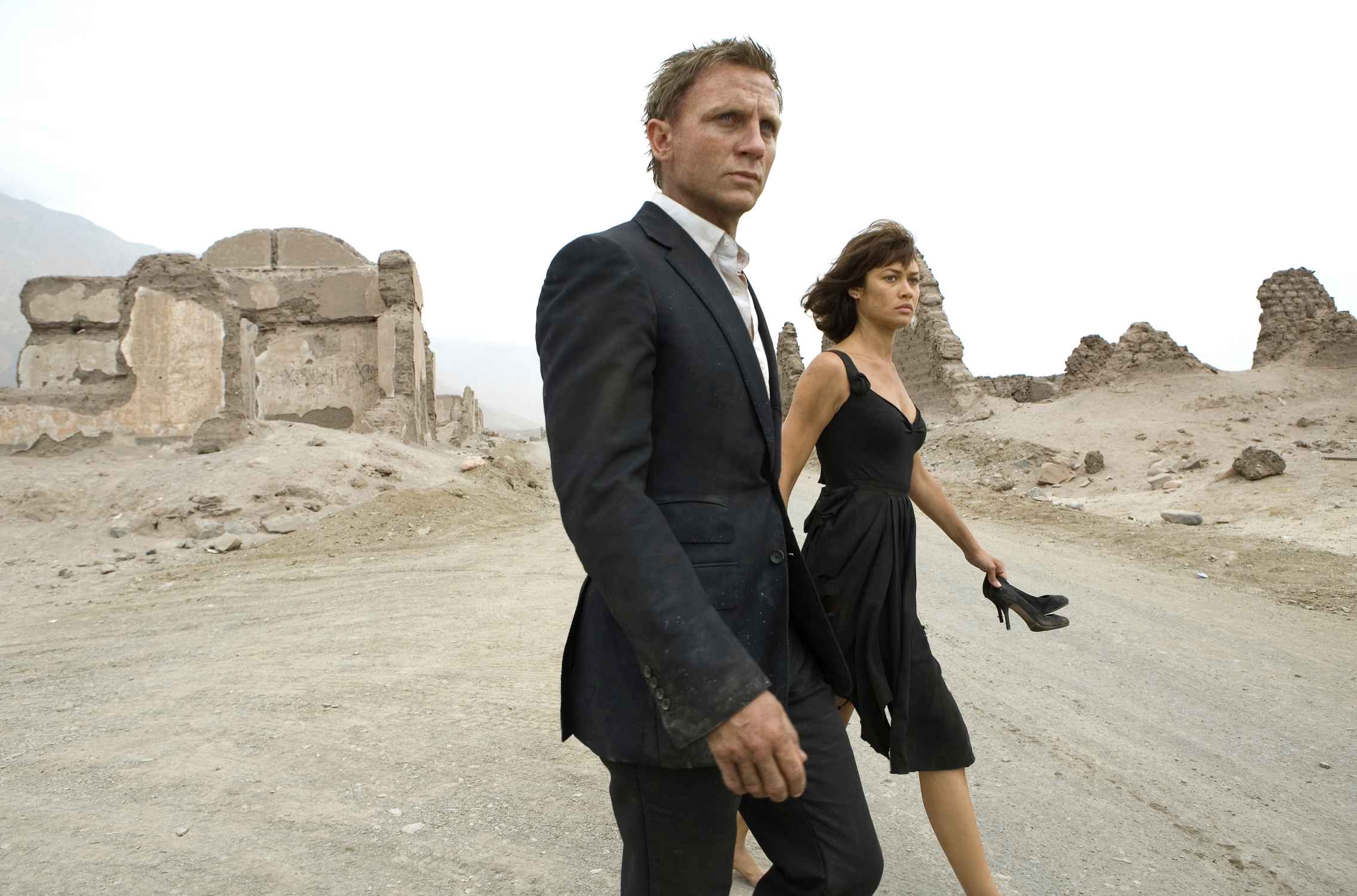 Daniel Craig’s James Bond is back for a sequel, and the result isn’t pretty.  From the opening car chase, you can tell that something is off, and that feeling persists until the very end.  Quantum of Solace has a rather short runtime; is that because they knew it wasn’t very good?  Perhaps not, but at least it saves us from watching for what would quickly feel like an eternity.  I like Craig as Bond, I think that was a good gamble, and it worked in his first film, in fact it worked wonders.  That it doesn’t have the same success in the second isn’t really his fault; new director equals new vision, and, unfortunately, audiences simply wanted to close their eyes.

Picking up an hour after the end of Casino Royale, Bond speeds away with the mysterious Mr. White so that he can get to the bottom of who supported Le Chiffre, who later killed him, and why.  Also, Vesper still weighs heavily on Bond’s mind, which is a cloud that will drag him down into anger and vengeance if he lets it.  As it turns out, White is part of something much larger, and it involves Dominic Greene, a developer who has his hands in a lot of pockets, and who is planning something huge.  Bond needs to figure it all out before his own secret organization loses patience with him, and he’ll get help from the troubled beauty Camille, who has secrets of her own.

The opening scene and then the opening theme song are warnings that all is not well in Bondland.  It’s a terrible beginning, a terrible song, and sets a bad tone that is never overcome, probably because Marc Forster wasn’t really ready to take the wheel and steer the ship.  Also, this time Craig is simple rage, and that’s not Bond at all; he at least needs to be a little cool.  The action sequences were hideously done, just grossly misdirected, and really stole from the mood of the film, which wasn’t great at the best of times.  Technology took the forefront and just seems silly now, like they were forcing it, and Amalric is an awful villain, so screechy and weird.  Also, Kurylenko is Ukrainian, but they bronzed her skin and had her do a fake Bolivian accent?  That’s just dumb, and really represents the taste level at play here; poor to mediocre.  Quantum of Solace is even a stupid name, and it’s not much better a film.