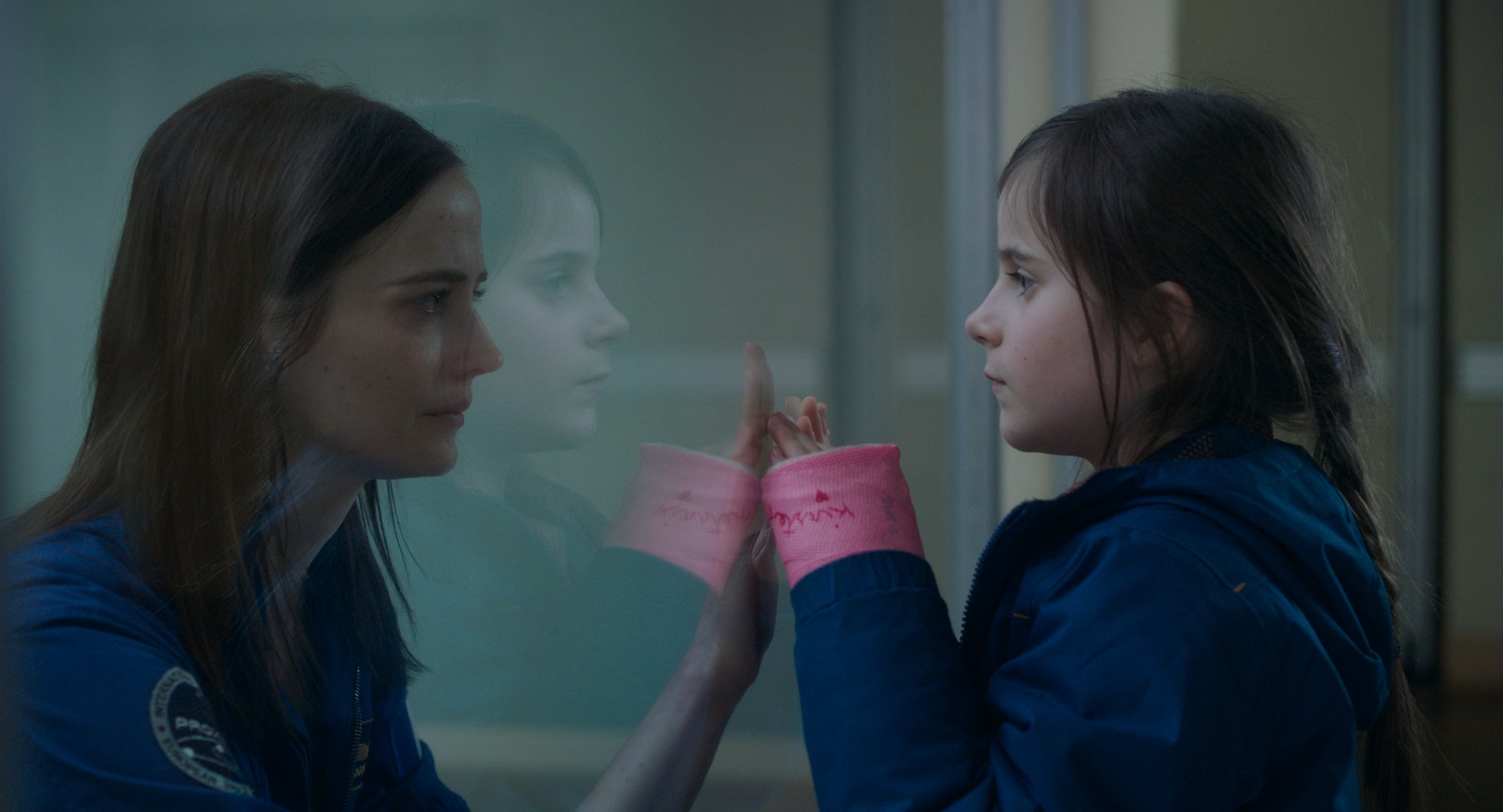 Proxima, like The Midnight Sky, checks a few boxes but fails to deliver the hook that would win it admission into our collective heart.  Space exploration, pushing the limits, longing for family, actual vs metaphorical; all the elements are accounted for, the film is presented well, but the devil is in the details, and it’s there that both of these movies don’t quite hold up.  Midnight Sky had tropes and predictability in its favor, it was easy to enjoy, if not quite impressive, easy to consume, ready-made for the general Netflix audience.  Proxima tried to present similar themes in a barer way, which put too much pressure on elements of the film that simply weren’t strong enough to handle that amount of PSI.

Sarah, a French astronaut, is headed to the International Space Station for an entire year, leaving her young daughter Stella in the care of Stella’s father, also an employee of the government’s space program, who Sarah is separated from.  The training for this mission will be grueling and lonely, with the promise of only more of the same to come, and the pressure is really weighing heavily on Sarah’s shoulders.  She doesn’t know if she can leave her daughter behind, she’s having trouble disconnecting from her life on Earth, and all the ties that simultaneously hold her down and keep her safe.

Problems, problems, so many problems.  Winocour directed Disorder, which I really liked, but that film is so very different than this one; it was a subtle thriller, a cool love story, and a slow burn action, all wonderful elements that were all missing here.  This is a different movie of course, not exactly comparing the two, just looking at Proxima through that lens first before moving on.  At its core, this is a film about motherhood, responsibility, sacrifice, compartmentalizing; important factors to study, every one.  You could almost look at the little girl Stella as a metaphor for what Sarah needed to let go of if she wanted to fulfill her dream, or at least the choice between family and career, comfort and opportunity.  But, as it played out, on the surface, it almost seemed like a example of how not to be an astronaut; don’t bring your daughter to work, do eat your meals, don’t break quarantine, do pay attention in meetings.  Sarah was entirely distracted, and that was part of the point, but it made for a frustrating space travel flick, if that’s how you’re viewing it.  No matter what it means to you though, the film wasn’t really well-made.  Green was allowed to be French, which is not how we usually see her in the States, Dillon was a colossally bad choice, the daughter came off as weird and whiny, and the entire plot kept going in circles, never really sending our minds to somewhere important.  In the end, the motivation for us to keep watching simply flubbed, and we were left with an unusual story that we didn’t really feel like listening to anyway.