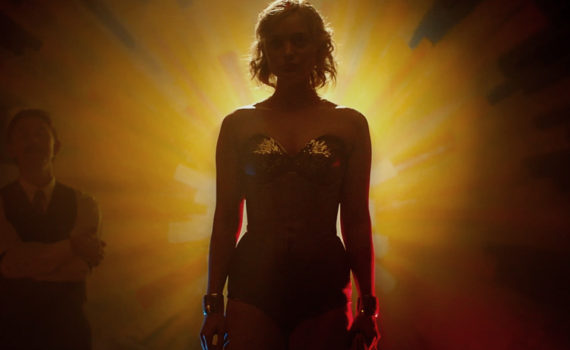 With the success of Wonder Woman, our interest in the superheroine was piqued.  Gal Gadot’s portrayal of the Amazon Princess reinvigorated the DC universe in a way that the modern Superman and Batman hadn’t seemed to be able to accomplish, lighting a fire under comic book fans and bringing new audiences into the theatre to witness the return of the greatest fictional, female warrior of our time.  This new franchise even appeared to bolster the feminist movement, showing that woman-led films can succeed monetarily, that female directors can create wonderful content, that lady leads can do anything that their male counterparts can, that feminism is alive and flourishing.  I didn’t know, and I would guess that many others didn’t as well, that Wonder Woman was originally created to be a powerful icon for American girls, to represent both what they could be and the dreams that they were unfairly prohibited from realizing.

William Marston taught at an all-girl’s college, the sister school to Harvard, it’s equivalent in everything except the name on the degree.  He was a psychologist who studied men’s minds in the first World War, and had become convinced that what we needed was for women to lead us to peace, while men were only capable of driving us toward destruction.  He also, with the help of his wife Elizabeth, created the Lie Detector Test, knowing that the human body cannot lie, that our true selves would always shine through no matter what mind games we played.  William and Elizabeth were an unusual couple, made even more so when they both fell in love with the same woman, Olive, who loved them both back dearly.  This taboo relationship would spur William to create the Wonder Woman character, a metaphor for the feminist movement, the lies that women must tell to survive, and the sexual desires that we all keep buried lest others notice them.

This true story is eye-opening to say the least.  I had no idea that the creator of Wonder Woman was a psychologist, a feminist, the creator of the DISC assessment, the inventor of the Lie Detector, and a man committed to a polyamorous relationship that produced four children.  All of this is visible in the character he developed, but not until you know the story does it appear.  The depth behind the icon is fascinating, what she stands for and what she was brought to life to say.  That audiences at the time didn’t enjoy the comic once it became clear to them that it was full of blatant femininity and sexuality isn’t shocking at all, but that someone had the gall to produce it truly is.  The sexual side of Wonder Woman and of this movie can’t be downplayed; we’re talking about an ongoing threesome, homosexual relationships, and eventually bondage/roleplay/pornographic material.  The movie is far from hardcore, but the subject matter is not watered down, and once you see all this included in the comic, you won’t be able to forget it.

Now, let’s take a step back for a minute and realize that this is a Hollywood movie, that not everything in it is necessarily true.  The trio is portrayed to be completely loving and safe, just abnormal compared to the standards of the day.  But the fact remains that an older, powerful couple seduced a younger, impressionable student, and we can only hope that it was as magical as it appears in the film.  And I’m sure not every piece of Wonder Woman is as directly linked to the lives of those involved as this plot would make it seem, that not every time Diana tied up a villain she was secretly sexually aroused.  But it is interesting to learn about the background, to have context for what is a modern movement toward female heroes.  So Professor Marston quickly becomes a discussion piece, and perhaps the movie itself will be rightly ignored.  The acting is fine, the script is normal, the direction is passable; you might become slightly bored before the end, but I doubt you’ll leave hating the film as an entity.  Unless the content offends you, I think the movie definitely rolls the dice, but that was a risk they were apparently willing to take, with a story that they were willing to tell, no matter the reception.