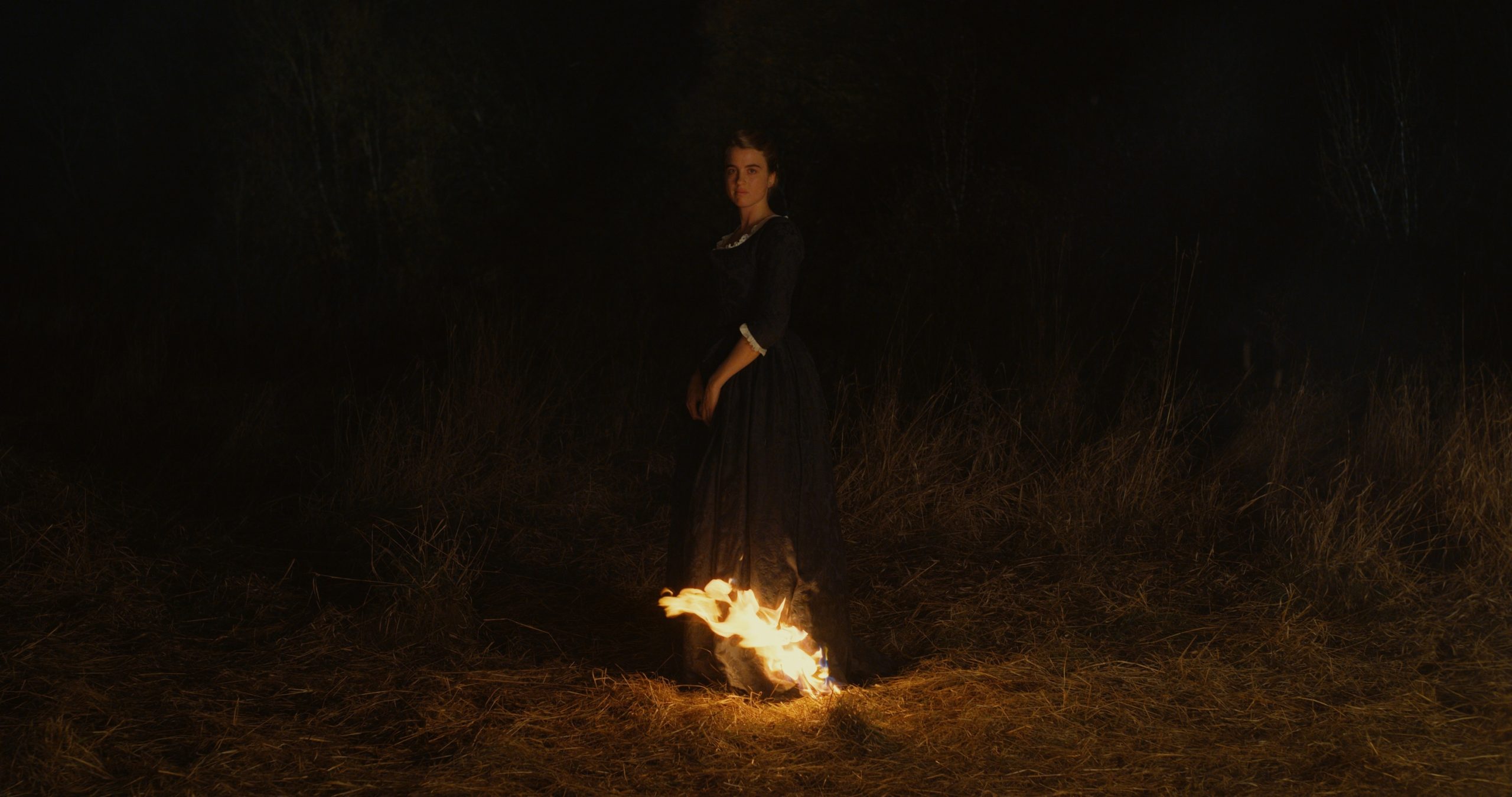 To some, Portrait of a Lady of Fire is pure genius, a work of art, untouchable, magnificent, above critique; to me it’s a snooze.  And it’s not that I disagree completely with those who loved it; I also think that it was lovely, a painting come to life, full of gorgeous shots, but that was barely enough to keep me awake.  Movies need more than beautiful static images, they need zest, music, motion, Emotion, heart, voice; they were once called talkies for a reason, people usually talk in them.  With Portrait, you could leave the room at any point, come back, not have missed a thing, and go on about the grueling business of waiting for something to happen.  I get the art angle, I admire the eye, I don’t care about subtitles, I’m ready to enjoy, but first I need something enjoyable, and that, apparently, just wasn’t available.

Marianne has been hired to paint a bride before her wedding, on a rocky island off the coast of France.  An easy enough job, but for one problem; the bride won’t pose for a painting.  She is being married to a man who was chosen for her sister, before her sister died.  Now, the reclusive Heloise must marry in her place, but she would rather die, a prospect that she is closely considering.  It is Marianne’s job to befriend Heloise, become her companion, commit her to memory, and then paint a beautiful portrayal.  But she never planned on the closeness she would have with this tortured and lonely woman, how alive she would feel by her side.  Something laborious becomes idyllic becomes heart-breaking, as the pair must part when the task is complete, to go separate ways that may never cross paths again.

I’ve already received flak just for calling this movie sleepy on Twitter; they haven’t even read how mean my review is going to be.  No, I kid, I liked this film, it had so many wonderful qualities, most of which couldn’t outshine its flaws and/or keep me awake.  For one, Portrait views as a painting given magical animation, with shot after shot that will just blow you completely away, assuming that you enjoy rich cinematography that attempts to tell a tale all on its own.  If what you want is art, here you go, but how long can you look at it without wanting to walk away, even when you know what you’re seeing is this grand?  For me, it was like being trapped in front of one masterpiece at a museum; I like to think of myself as cultured, but I’m gonna eventually want to go have a snack, go sit down, go look at my phone; hey, I’m a modern human with modern needs, sue me.  Again, joking, but come on, audiences deserve a little more than just beauty, we need a reason to feel something, a compelling emotion to help guide us through to the end of the story, and that’s what was missing.  Also music; there was no music except for some chanting in the middle and an orchestra at the very end.  The director has said that was a choice, and that’s fine, but that’s not a choice I would have made, neither is it something I enjoyed as an audience member.  Music can make or break a film, but apparently its lack can be as bad as its bad quality.  No, this lovely, opulent, stylized, French Renaissance oil on canvas isn’t one of the best movies of the year, it’s simply pleasing to the eye, and I’d hope that discerning critics could tell the difference.