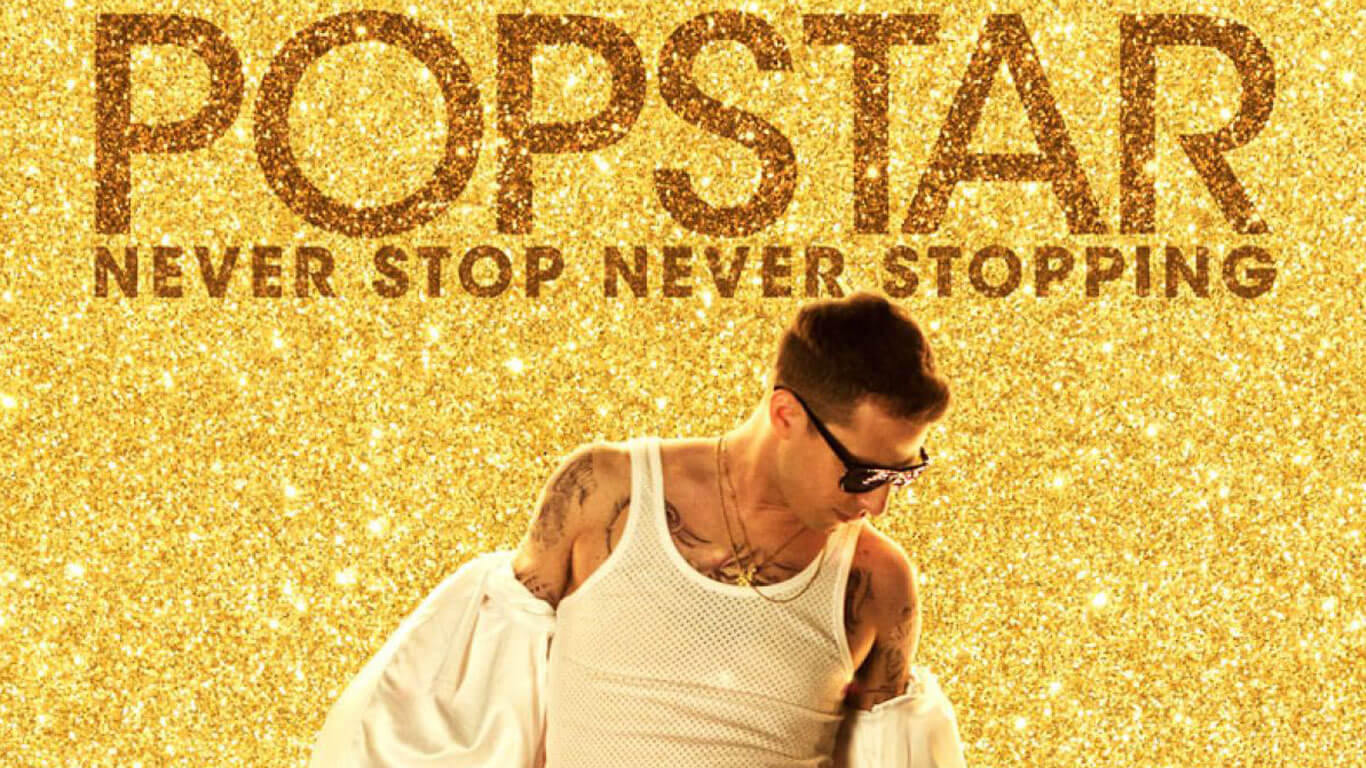 SNL meets Justin Bieber is this irreverent but oddly accurate farce/comedy extravaganza.  Directors Schaffer & Taccone are SNL alum, mostly on the writing side, and Sandberg was, of course, once a regular.  He’s tried his hand at bizarrely over-the-top comedies before, like Hot Rod, trying to capitalize on his mild fame, but this film might be his “shining moment”, as much as that’s possible from a movie about boy bands, rappers, and groupies, set to a mockumentary beat, cast with standup comedians.  I’m just saying, at least the guy got one right, after a career of awkward jokes and fuzzy hair.  Popstar isn’t the next Christopher Guest masterpiece; even Guest himself can’t capture that lighting in a bottle any longer.  But it is an enjoyable bit of absurdity, and one with a hint of truth.

Once upon a time, the Style Boyz were the hottest group in music, with rhymes to blow your mind, skills to cure your ills, or whatever.  Connor, Owen, and Lawrence were an inseparable threesome, friends from boyhood, and were taking the world by storm.  When Connor became the uncontested leader of the band, the trio broke up, and Connor4Real was born, a rapper with a smash album that shook up the entire industry.  Now, Connor is on tour promoting his second solo album, and it isn’t going so well.  His songs are offensive, his friends are dropping off one by one, his opening act is better than him, and everything is headed downhill.  Perhaps a reunion with the Style Boyz could save his career, but Connor isn’t ready to say he’s sorry, and taking a step backwards can be the hardest step to take.

Of course it’s ridiculous, Andy Samberg as a pop mega-star, but that’s what makes it work.  No one is safe from becoming the butt of a joke in this movie, from celebrities to consumers, from award shows to product placement.  There are some sharp digs here within the farce, making the music industry look like one big sell-out and pop fans seem like morons.  They’ve got a few points and the balls to craft them into metaphors, so more power to the cast & crew for not holding back.  Aside from that, the comedy is extremely silly and the cameos overtake the plot fairly quickly.  Maya Rudolph, Joan Cusack, Imogen Poots, Seal, Carrie Underwood, Nas, Usher, 50 Cent, Ringo, Simon Cowell, Adam Levine, Akon, Mariah Carey, Pink, Kevin Nealon, Mario Lopez, Will Arnett; the names just keep rolling.  It’s a jump-the-shark film from the very first, but that’s to be expected, and those looking for a little silly entertainment won’t be disappointed.  There’s even a touch of heart & story behind all the balls & weed, so there you go, just try not to judge it too harshly.