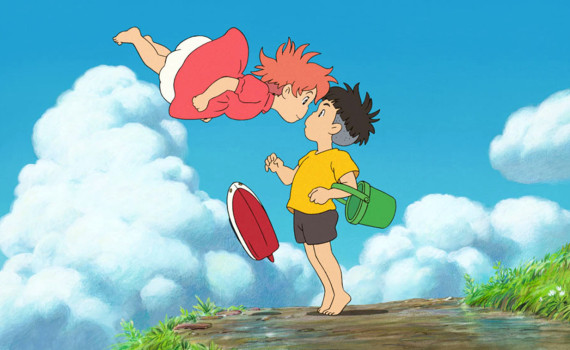 Studio Ghibli makes another masterpiece; what else is new.  Ponyo is just another beautiful depiction of a classic tale, a reimagining of a story we thought we knew so well.  It’s very, very different from Disney’s Little Mermaid, holding tight to the original content in some ways, and creating something completely new in others.  It’s as if that tale happened in modern Japan with children as the protagonists, the result becoming something better than you might predict.  The color, the brilliant artwork, the stunning visuals; breathtaking all.  And the cast was pretty impressive, apart from the two youngsters, who we’ll root for to make names of themselves as well.  Tina Fey, Liam Neeson, Matt Damon, Cate Blanchett, Cloris Leachman, Betty White, Lily Tomlin; top that if you can.  I might have liked Arrietty just a touch more, appreciating its slow pace, deep moments, and phenomenal music.  But Ponyo held its own, will delight children, and impressed me as a singularly unique film in a world of recycled time-wasters.