Movie Review – Pirates of the Caribbean: On Stranger Tides 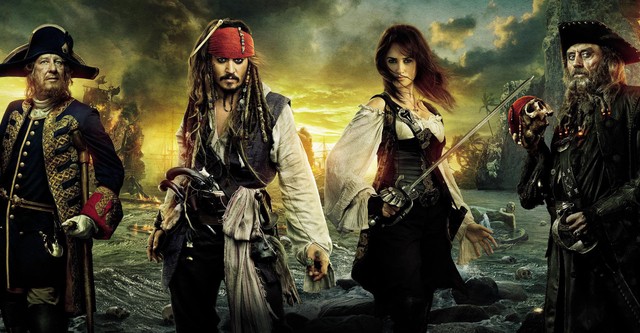 Movie Review – Pirates of the Caribbean: On Stranger Tides

In the Jack Sparrow movie realm, we have a new director, new characters, new landscapes, and a whole new way to be bloody awful.  On Stranger Tides was the worst the franchise coughed up yet, veering completely from the original three, due in part to actors leaving the project and in part to some years between films.  Marshall took over and completely wet the bed; his version of Pirates is silly, sloppy, and subpar.  With two more to come, #4 doesn’t give us much hope that the second trilogy will be worth more than a puny pirate penny.

Barbossa has taken the Black Pearl in search of the Fountain of Youth, but he can’t get the job done, not without Gibbs, a special map, and the *real* captain of the Black Pearl, Jack Sparrow.  But Jack is in London about to face the hangman’s noose, so his friends will have to rescue him rather quickly.  Also, the Spanish are after the Fountain, the English want Barbossa to get there first, and Jack has his one agenda, as always.  Plus, the dreaded Blackbeard is after the prize as well, making for an interesting vacation to sunny southern Florida.

Without Will & Elizabeth, the plot pretty much falls apart.  The new love interest is Jack and Blackbeard’s daughter, and that just doesn’t work; it’s plain weird.  Also, Penelope Cruz has never *ever* been worse, so her character comes across as stupid and useless.  Blackbeard is dull too, the story is far too complicated, and I don’t trust that the filmmakers behind #4 didn’t simply throw darts at an idea board & saw what stuck.  This is bad news for the rest of the franchise, because the magic may be completely gone, and I don’t know where to find more.