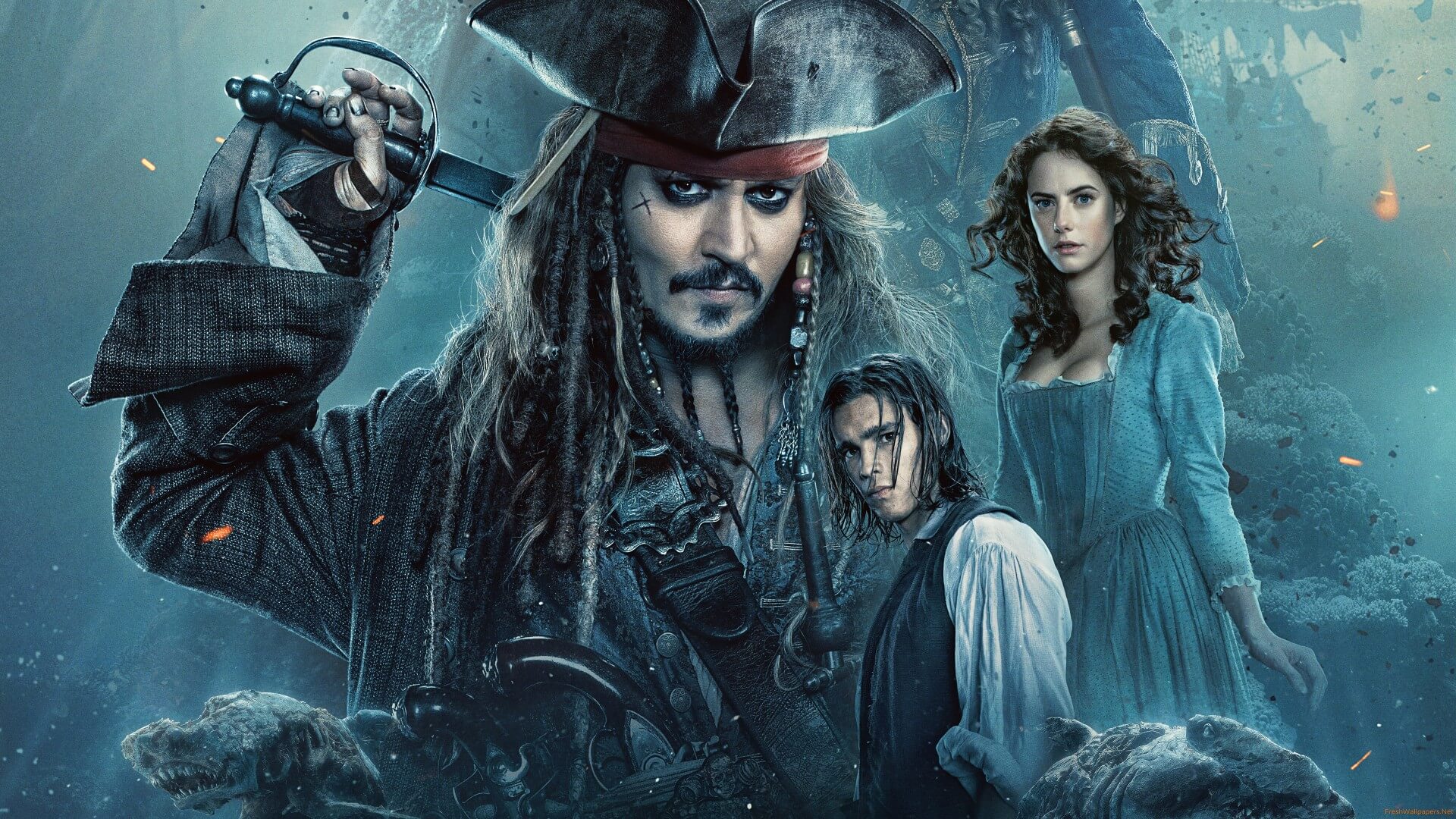 And we’re finally coming to the end, as the 5th and now not final installment graces our screens, with more dread than hope and more problems than potential.  I rated the first a 9/10, the second a 7/10, the third a 5/10, the fourth a 3/10, and the fifth, I was almost sure would follow the trend and end up a 1.  Luckily, I was pleasantly surprised by just enough of this cash-grab that the roller coaster went in the other direction, with this latest piece of the puzzle actually helping audiences love the series a little more, and ending things (for now) on a high note.

With Barbossa holding all the cards and ruling the high seas, Jack Sparrow is left with a mismatched crew, part of a ship, and not many hopes to hang his famous hat on.  That is, until he meets the young and unlikely duo of Henry Turner, who is trying to un-curse is father Will, and Carina Smyth, who knows how to find Poseidon’s trident, which gives its possessor power over the sea.  They’re off on another adventure, but following close behind is the British navy, as always, and an angry ghost/monster, per usual as well.  Can they all find their heart’s desires?  Only chance will tell.

Instead of sinking lower, Dead Men Tell No Tales helps the series to float again with its return to the style of the original; young man, young woman, falling in love, Sparrow the cad, Barbossa the captain, evil beings prowling, naval ships lurking, the whole rigamarole.  The story is bad and the wit is gone, that’s for sure, the magic really didn’t stick around for long, not after numero uno, but enough went right to help audiences stay engaged; Will is back, curses are broken, we learn Sparrow’s back story (which really saved the day), and the high seas adventure is fun again.  Still full of holes but at least somewhat fun, we can now hold just a little bit of hope that #6 won’t completely suck.