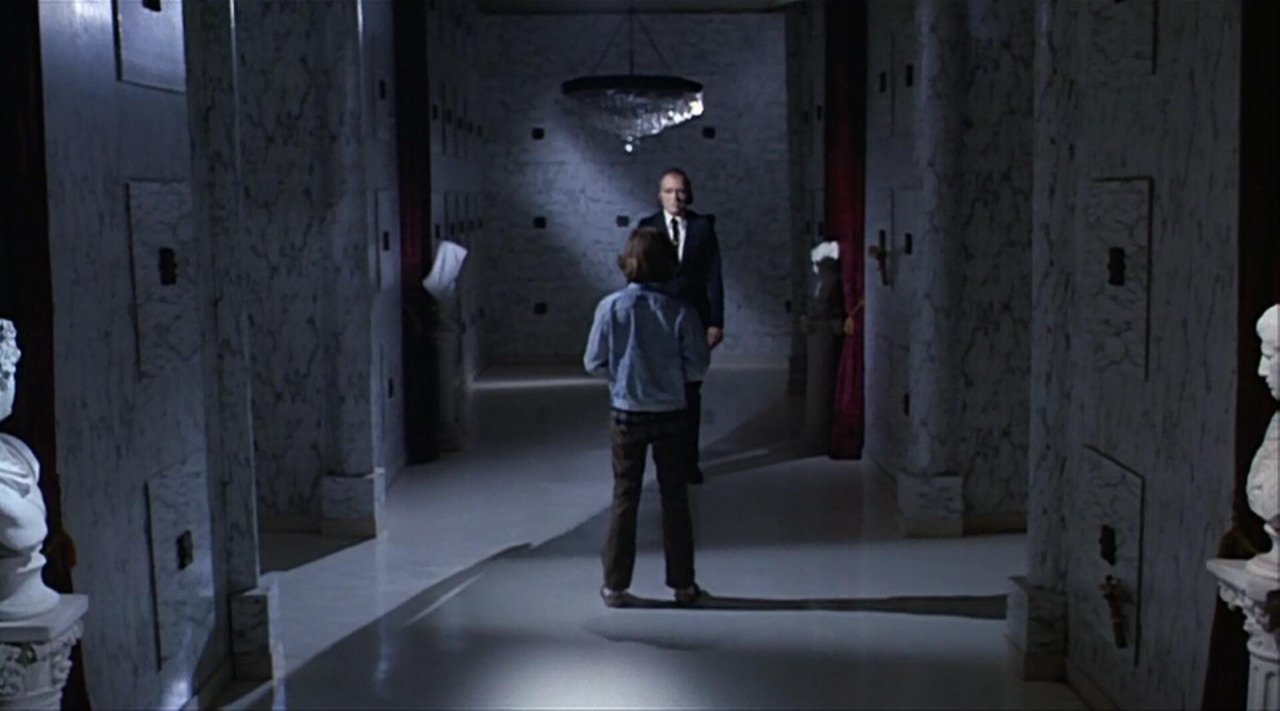 Why did every 70s movie have an acoustic/country music scene?  Like, I know cowboys were really in, but why force a song into your film just because?  And in a horror flick?  No thank you.  That’s just one of the very odd choices peppered throughout what is otherwise a pretty cool & enjoyably-wacky horror movie.  I guess you could say that Phantasm is cool because it’s so odd & unpredictable, but, at the same time, that’s what kills it; it’s just so weird.  It does deserve credit for making bold choices and taking blindfolded strides, but that might also be what keeps me, a person seeing it for the first time, from really, fully enjoying the ‘bonkers’ on display.

A young man is killed, a member of a music trio, and his friends gather to pay their respects.  His death is ruled a suicide, but we know that it wasn’t; he was killed by a mysterious and beautiful woman, a lady that keeps popping up and seems to have murderous intentions.  She woos young Jody, but his younger brother Mike accidentally saves him, and together they stumble upon some seriously creepy stuff, man.  A local cemetery is not exactly what it seems, and its denizens want the brothers dead, before they learn too much and expose the other-wordly evil that’s seeping into our own.

It’s pretty wild and fairly loose; odd experiences are around every corner, and I don’t just mean for the film characters.  Hooded dwarves, killer orbs, creepy gentlemen, sexy murderesses; I don’t really know what to say to prepare you, it’s just a bizarre experience.  Along the way, there are some real scares, some real comedy, but it’s all hidden underneath the strangeness of the plot and the awkwardness of the time period.  I wouldn’t say this often, I hate remakes, and they did make this into a franchise, but I almost wish someone would scoop this good idea up, dust it off, straighten it out, and make an awesome modern adventure/horror film; I would watch that, and probably enjoy it more.