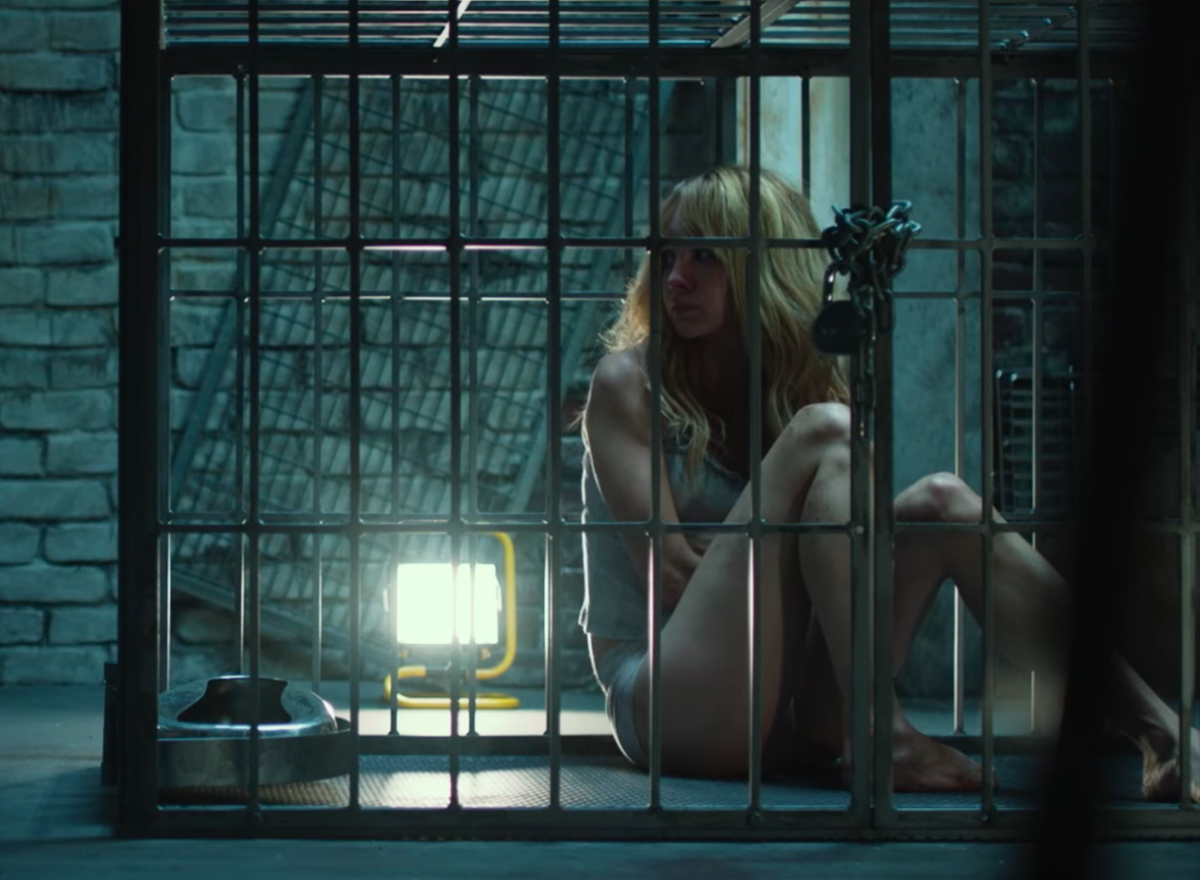 For about 5 minutes, I thought Pet might be on to something.  It began with a certain One Hour Photo feel, pitting an otherwise likable actor against a role that was anything but.  Smart, if not exactly ground-breaking, to mold Monaghan into a creeper, put audiences on the edge of their collective seat, keep us wondering how far he’ll go since we don’t usually experience him as a villain.  But, like I said, that was only for about 5 minutes.  The rest of the movie is one of the worst I’ve seen in the past few years, a cluster of terrible ideas terribly played out, as if no one had any idea what it was they were doing or why they were doing it.  Not what you want, and not something I’d recommend.

Seth is a loner, an oddball, a dog lover, but not much of a people person.  He works at an animal shelter and is good at his job, but his awkward nature seems to rub actually humans the wrong way.  One evening on the bus home, Seth sees a former schoolmate, Holly, heading home from work as well.  He re-introduces himself, is blown off, but begins to follow Holly around the city; frequenting the diner at which she works and even following her home.  Not cool, Seth, and what’s even worse is when he sneaks into her house, drugs her, takes her to the dog shelter, and locks her in a cage in the basement.  So begins a captivity that Seth sees as therapeutic and Holly can’t escape.

First, the actors in this film are no good.  Sorry, Merry from LOTR, sorry that bitchy girl from Black Swan, but you guys actually aren’t very talented.  They were supposed to be this dynamic duo, but instead came off as dubs, and never supported the film in the way it needed.  And boy did it need help.  There’s a “twist” that is supposed to take you down a divergent path, but it’s pulled off with such a lack of skill or touch that it becomes almost humorous, like, “Did they just really do that?  Are we supposed to be on board right now?”  The plot becomes very silly very quickly and never recovers, with the acting & the dialogue following suit and failing as well.  Don’t be fooled by a hook beginning; wriggle off before you die.