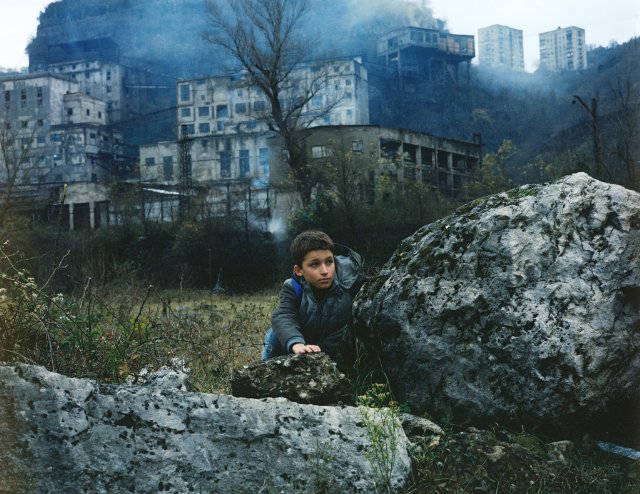 I first saw Vincent Cassel in Sheitan, a 2006 horror film about a shepherd/Satanist.  I didn’t know anything about the French actor, I just happened to be into indie horror films at the time.  I was probably attracted to the name in the title, which means devil and has a Wheel of Time connection, if you’ve ever read that fantasy series.  Anyway, the second time I saw Cassel was in Black Swan, which may have been the first film I ever posted a review of.  He was brilliant in that movie, of course, and since then I’ve always kept my eye on him, appreciated his talent wherever it happened to surface.  It popped up randomly here in a film I had no intention of seeing, but received a screener DVD for.  I watched it, watched him, and came away amazed.  Partisan is one of the Top 5 films I’ve seen this year.

Much of the greatness of this film lies within its lack of detail, so I’ll intentionally leave as many specifics out of this summary as I can.  Alexander is our hero, a young golden boy who is both smart & kind, an example to his brothers & sisters, the pride of his mother & father.  Gregori, the pater familias of a unique group, loves each of his children, but holds Alexander to an elevated standard, teaching him what it means to be a man, how important protecting your family can be.  And so Alexander grows up under Gregori’s tutelage, until he begins to question his role in Gregori’s plans, the rightness of his father’s actions, and the meaning of his own life as a piece of a puzzle far larger than he has been led to believe.

Partisan is an incredibly balanced mix of The Giver and Dogtooth, a movie that won’t sit well after viewing, a story to haunt you far after you’ve turned away.  It takes a very attractive & fascinating plot element and turns off the lights, prohibiting you from working your way through the problem.  The Giver is a beautiful book because you can grow while reading it, learning more each time you do.  Dogtooth has a dark comedy that’s so sad it’s funny.  And Partisan is a combination of these themes, taking a complicated existence to a place that’s beyond humorous, allowing audiences to understand just enough to appreciate the extremity of the situation.  I don’t mean to be so vague, but the less you know going in the more open you will be to receive the message.  Just be prepared for dystopia presented on a more personally level than you’re used to seeing.