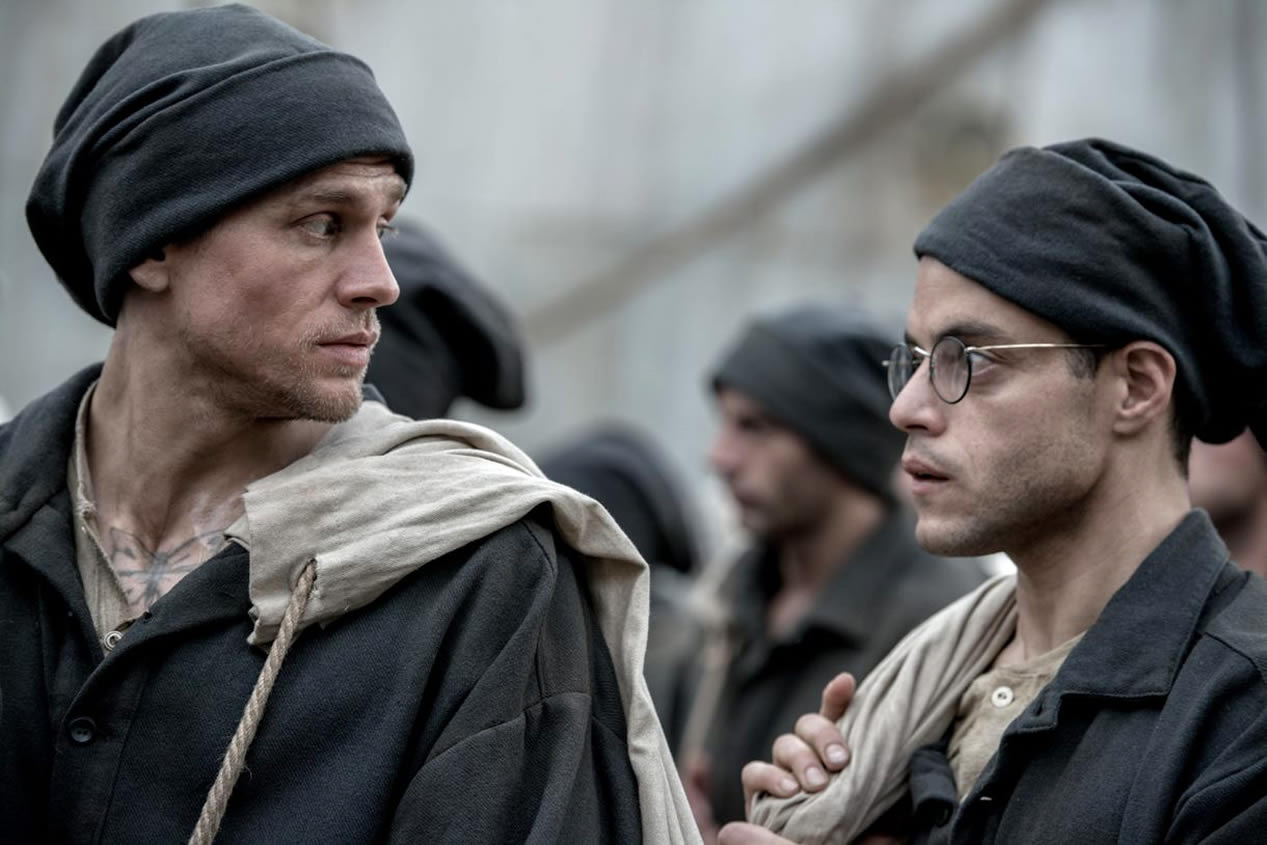 If ever there was a remake of a classic film that definitely did not need to be made, Papillon is it.  The original is so great, has such wide scope, experiments a ton, and features a performance by Dustin Hoffman as Dega that will just blow you away.  The do-over is below average, trims off everything that was enjoyable about the first, plays it safe with every scene, and asks two actors who aren’t up to it to carry a weak feature, that got a nice head start, across a distance finish line.  This film was destined to fail; neither its director nor its cast were set up for success, nor to they have the talent to surprise.  The result is weak sauce, when what the 1973 version had to offer was bite after bite of fascinating flavor.

Accused of a crime he didn’t commit, a Frenchman nicknamed Papillon is taken to the infamous penal colony in French Guiana to serve his time. Hard labor awaits him amid the crocodile-ridden and malaria-invested swamps of the colony, and Papi knows that his only chance at survival lies in escape. Among his fellow prisoners is infamous (and very wealthy) counterfeiter Louis Dega, who hopes to buy his way out of jail, but needs to survive long enough to do so. The money he swallowed is simply begging to be cut out by an opportunistic thief, so he and Papillon strike a deal; protection for Dega and a funded escape for Papi. The two become close allies and friends as their stay at the colony, in solitary confinement, and on Devil’s Island grows longer and longer. As their hope dwindles and their bodies age, each man will have to accept his fate, or go mad trying to fight it.

So Charlie Hunnam is a Brit doing an American accent playing a famous Frenchman.  Why exactly?  Why did they have him and everyone else do American accents?  The director is Danish, Hunnam is English, Malek is from California, born of Egyptian parents; what were they thinking?  Everything about this movie feels fake and forced, and it’s no wonder; it literally is.  They took the original concept, dumbed it down, removed all the heart, and then tried to pretend that what we were being fed was choice meat.  Audiences can tell the difference, even if filmmakers can’t, or think we’re too stupid to know what’s honest and what’s crap, and this remake is crap, from beginning to end.  The script is awful, the action is muted, Hunnam, who I like on occasion, can’t do the job, and I’m really starting to get pissed off by Malek, especially after Bohemian Rhapsody.  I even liked him enough in it, but the more awards it won the grumpier I became, and now, after this performance, I don’t think I’ll be watching him much anymore.  He’s no Hoffman, that’s for sure, and that is a major reason to recommend & to watch the first Papillon; there’s nothing much to say to defend this version, it’s simply a bad try.