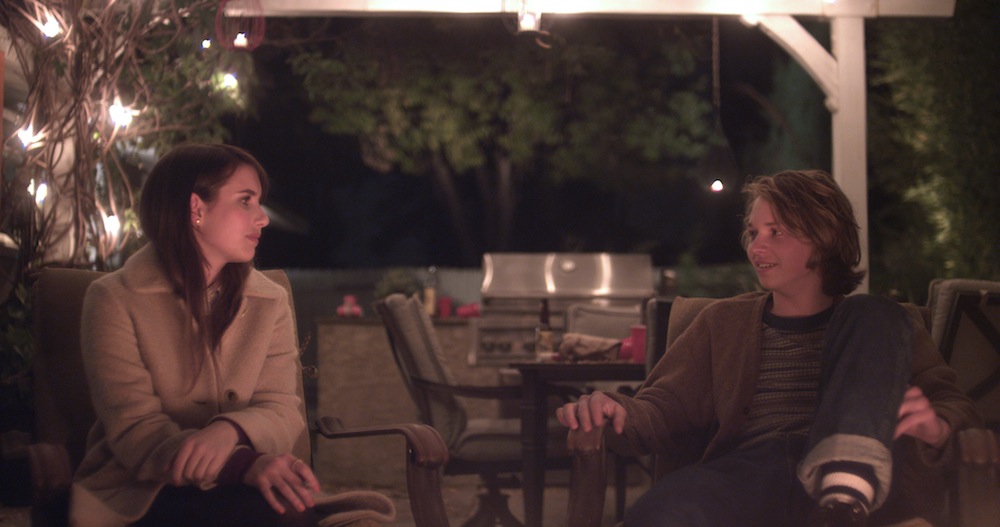 There’s really only two things you need to know to warn you against seeing this movie: it’s the only film one of Francis Ford Coppola’s granddaughters named Giancarla ever made, and she wrote the script based on a book by James Franco.  Gia was in Godfather III, just like Sofia, and then they both would use their foot in the door to think they could direct, like it was easy or ran in the family, which it isn’t and did not.  Franco, meanwhile, is perhaps the weirdest person in Hollywood, and will greenlight anything he gets the urge to if he gets high enough; he’s got the money, what does he care, lets film it, maybe it’ll be good, screw it.  Combining this pair into a team (Franco is also in the movie) was a horrible idea, because of course it was; neither of them is talented enough to pull off this sort of bizarre coming-of-age story, which fails to click when you see that all its characters are terrible human beings and none of its messages are honest, only assumptions, stereotypes, recycled bits, and stale ideas we’ve disliked before.

High schoolers in Palo Alto, California attempt to grow up in a world of drugs, parties, sex, dead ends, and meaningless moments, all while trying to appear normal on the surface, like nothing is going wrong and life doesn’t completely suck.  April is depressed by the pointlessness of her day-to-day existence, and she hates the people she hangs out with.  She plays soccer, has a close relationship with her coach, but gets too intimate while searching for some sort of connection.  Teddy is your basic pot head, but he has a good heart, he just isn’t the best decision maker.  He gets in trouble, tries to be around the right people, but can’t quite seem to keep afloat.  His best friend, Fred, is a complete screw-up, always destroying, always joking, always lashing out, always trying to feel something.  The boys and girls who flit through their lives mean nothing and their futures are uncertain; the adults aren’t any better, they’ve simply given up trying and aren’t coherent enough to give a helping hand, which is exactly what these kids need and will never receive.

Talk about nepotism.  Gia Coppola called in all the relatives she knew to be a part of this film, gave “very special thanks” to “Dada”, and hasn’t directed a movie since; great job.  And then of course there’s the Kilmer family; Gia & Jack went to school together, I’m sure their families know each other, she cast him here in his first ever role, and then added his dad in the background just for fun.  What a mess of solutions that were simple, not cinematic, and that defines this film perfectly.  It’s a linear plane of boring ideas that must have come very easy because everyone’s seen them a thousand times before; Coppola was simply able to get the money together to show them to us again because she wanted to, not because we needed to watch or because she had the talent to bring something new to the table.  Talent was something rare in this movie; Nat Wolff stole the show because we all know assholes just like him, but everyone else (often literally) sucked.  Roberts is a terrible actress, Kilmer is not an actor at all, Olivia Crocicchia is better in Men Women & Children, and the rest of the cameos are just weird: James Franco, Val Kilmer, Chris Messina, Talia Shire, Margaret Qualley, the voice of Francis Ford.  Why, why, and another why, but it doesn’t really matter, because there isn’t anything going on here, it was a one-off that someone could make, not anything they needed to, and luckily we won’t be hearing from this team again, if we’re lucky.