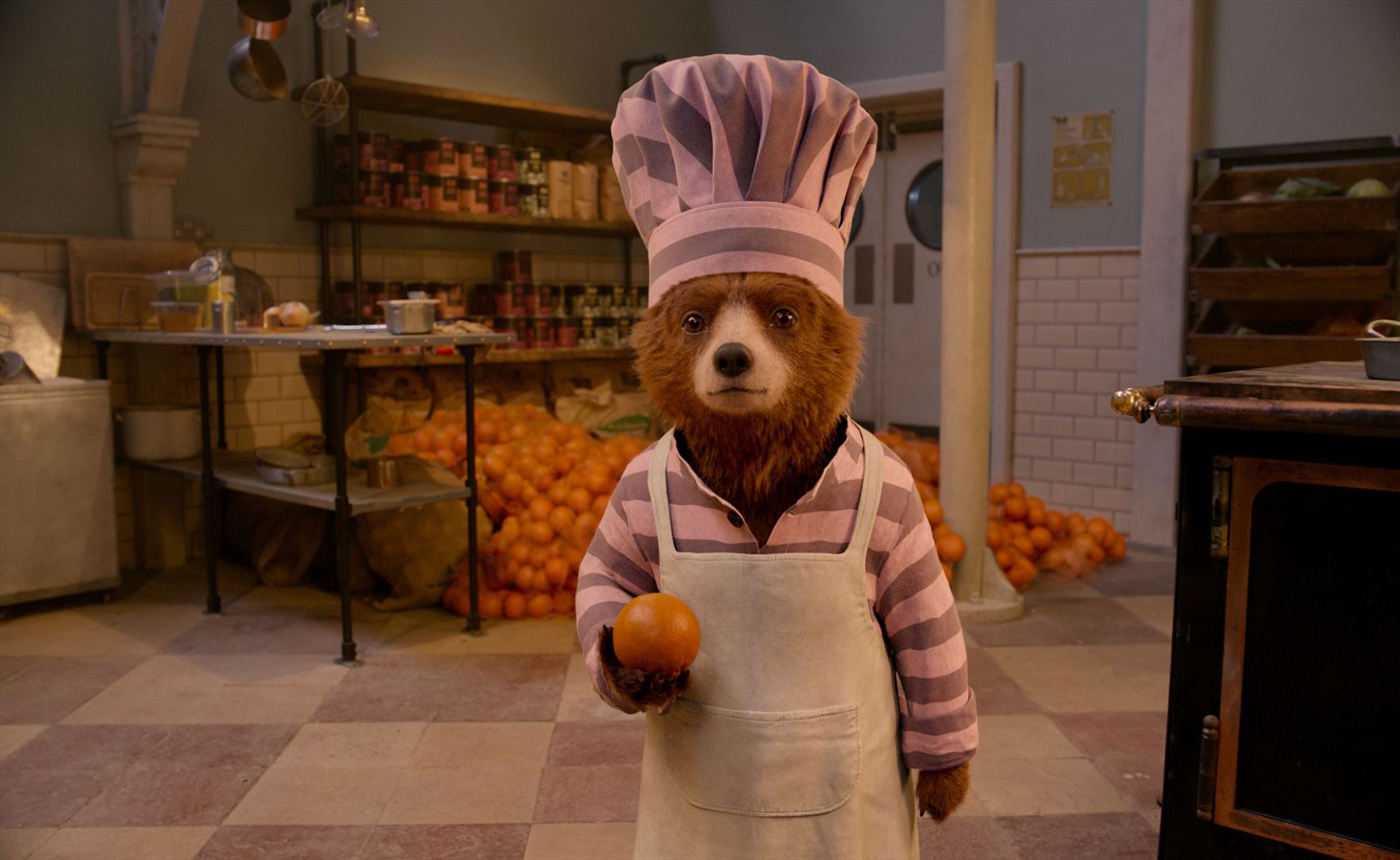 The first Paddington was so sweet, so irresistibly cute and cuddly, and I enjoyed it with my family by my side, which is really the only way that you could fully appreciate its bright energy.  Three years later the second installment comes along, and it’s almost better than the original, more of the same bear of course but somehow a premiere performance instead of an excellent dress rehearsal.  Call me sappy, but I hope they go on making these movies, not because I want a trilogy or because I’m unaware of the dangers of films overstaying their welcome, but because I simply want these tales to go on and on so that Paddington can stay alive within our hearts for as long as possible.

The optimistic bear from darkest Peru has lived with the Brown’s for some time now, completely becoming a member of their family.  But he still thinks about the loved ones he left behind, specifically about his Aunt Lucy, who now lives in a retirement home for elderly bears.  Paddington wants to get her the most perfect present for her birthday, and since she’s never been to London, when he stumbles across an old pop-up book with depictions of the city he knows he’s found just the thing.  But the book has a secret hidden inside it, and is stolen by a mysterious man.  When Paddington tries to stop the crook, the little bear is accused of the crime, and sent to prison when the mystery robber he swears is real never materializes.  Locked up away from his family, Paddington must hold his chin high while they try to solve the riddle and clear his name.

I so enjoyed the first, and I didn’t think the second could top it, but it really might have; it’s far too close to call and in the end doesn’t really matter.  Both are great, so fun, the second just seems more relaxed in a way that sequels almost never are.  They’re always trying to top what was successful, but this second helping goes a different route, taking us on another adventure without having to compare it to the first, setting up a franchise that could shine on and on through the years without ever having to be plugged back in.  It’s the bear and Whishaw’s voice, it’s just so squeezable, and his connection to the Browns is heartwarming in every scene.  I specifically liked the villain, played by Hugh Grant, and the unlikely hero, played by Brendan Gleeson; they were both absolutely perfect.  Also, I loved the cameo from Tom Conti, who I’ll always picture as Emily’s dad from Friends; he was hilarious.  This movie just works, on all levels, for all audiences, with no problems to point out; it’s an all-around phenomenal time.