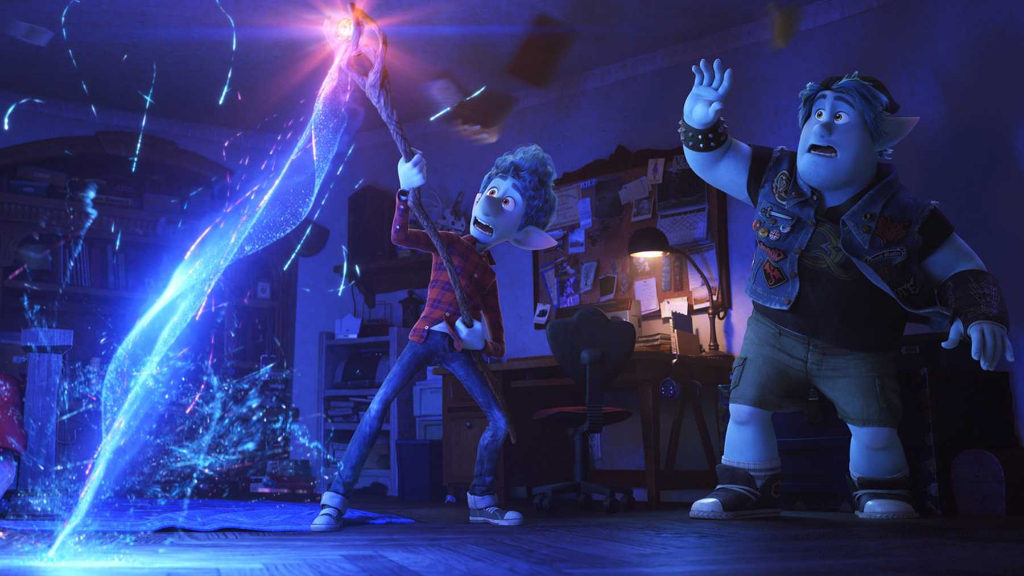 I had prepared myself for a lesser Pixar event with the release of Onward, which was being compared to Finding Dory or The Good Dinosaur; great for regular movies, bottom of the barrel for what this animation studio is capable of.  And I accepted that on face value because it sounded reasonable; not every movie can be WALL-E or Inside Out.  But then I remembered something; I really REALLY liked Finding Dory and The Good Dinosaur, I actually thought they were better than most of the Toy Story franchise, so maybe Onward was made exactly for me and for my family.  Turns out, it most definitely was.  This film is everything that I want from the heartwarming entertainment genre: a standard recipe that still dares to explore, a kids flick that isn’t afraid to reach for the feels, an honest portrayal of emotions with the humor to make it easily palatable. I guess Disney did it again, and there’s no real reason that we should be surprised.

The world was once full of magic, but even something as wonderful as that can lose its popularity, and now magical creatures live very normal lives, complete with electricity, school, and theme restaurants.  When young elf Ian turns 16, it’s revealed to him & his brother Barley that their dad was an amateur magician, before his untimely death.  All the boys want is to see their dad one last time, and it seems that there’s a way; their dad left them with a magic staff and a spell that will bring him back for 24 hours.  Problem is, when Ian tries the trick and discovers that he has the gift, the spell is only completed half way, meaning only half a father figure.  He & Barley must now embark upon an ancient-style quest in order to finish the feat, reproduce their pop, and experience that which they’ve both been longing for.

Onward doesn’t need your caveat; it’s just plain good.  It might not be as good as the top, top tier, but Pixar knows what they are doing, and they did it right again here, with a tale that’s literally fun for the whole family.  Not only that, not only is it an entertaining time, but it also has the heart to pull the story onto that next level, where adults will find themselves shedding a small tear as they melt with nostalgia and/or regret.  I choked up a bit at the end; there’s a powerful message being told and you don’t even realize it, not until the climax, and then you’re just at its mercy.  Onward is all that emotion, with humor to compliment and an adventure to enjoy; the complete Disney package.  Add in animation that will rival anything you’ve seen from this team before and you’re in for one heck on an after-school screening.

The family plot arc is what drives the emotion, and it’s what got to me.  But it’s Chris Pratt who drives the characters down the right path with his tenor, and he who becomes the shining star of the film.  Think what you want of him off screen, and I can say I have my issues with his religion, but on screen he is a delight; think Emmet from The Lego Movie, cause, duh.  Tom Holland is also great, Spider-Man and Star-Lord teaming up once again, and they really do make a nice pair.  The rest of the cast is intriguing at least: Julia Louis-Dreyfus & Mel Rodriguez are spectacular, Octavia Spencer struggles, there’s an openly gay role which I applaud, some other minor cameos.  All in all a good cast with great leads, not a group of celebrities that will go down in cinematic history.  But they didn’t need to; the movie speaks for itself with its magic, its clever construction, and with its underlying heart, a message that marvelously moves the plot toward an extremely exciting conclusion.  You never can tell, but I don’t project Onward to win any Academy Awards, but that’s not all there is; families will fall in love with this film for all the things it does right, and it’s quite a long list.