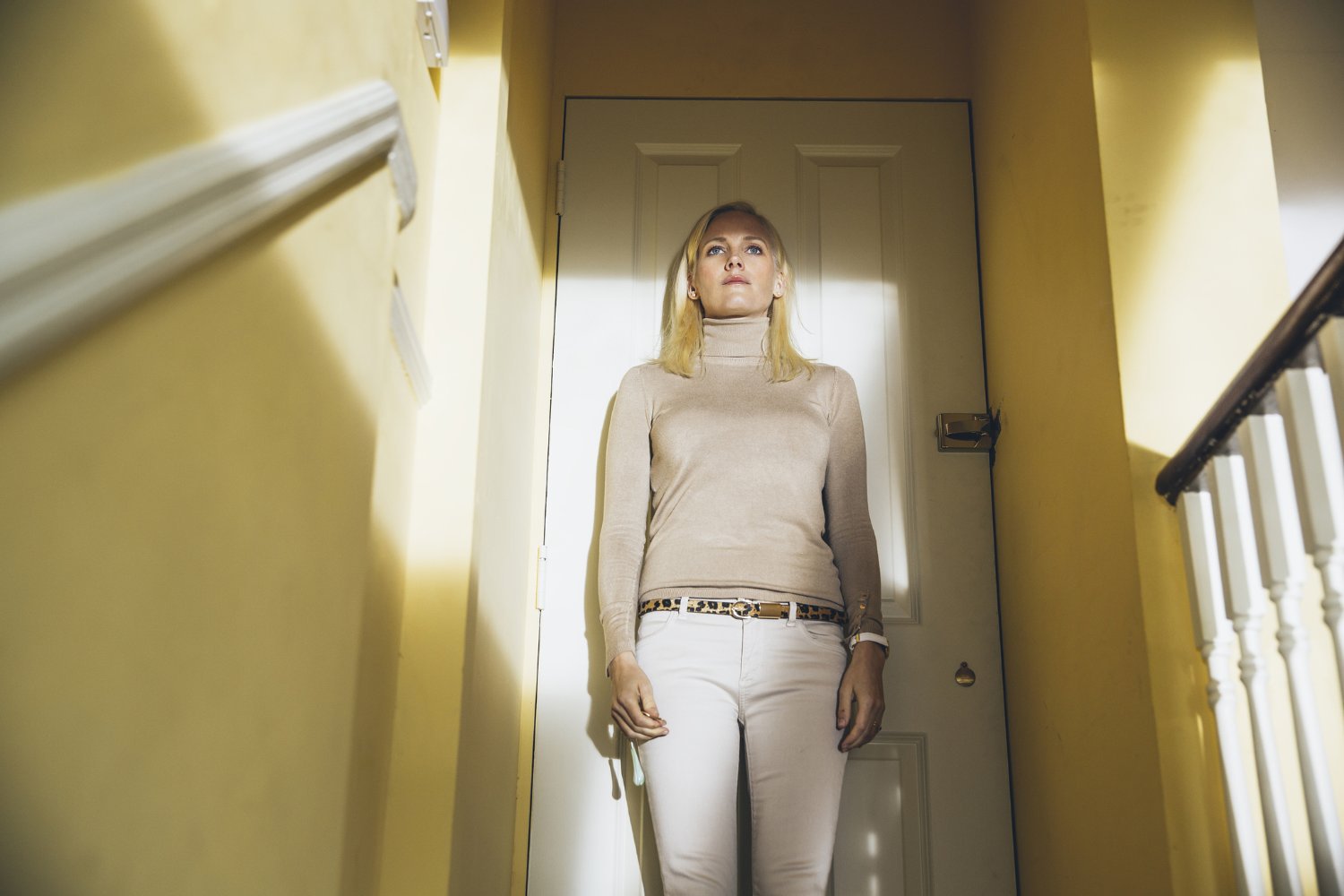 In the vein of The Hand That Rocks the Cradle, The Ones Below is a film made to horrify new parents and, well, all decent humans.  David Farr has very little experience, this being his directorial debut, and it shows here, as he’s willing to borrow heavily from other films in order to make his work.  Everyone does that from time to time, genres recycle themselves, but there’s a fine line between paying homage and photocopying.  Farr manages a few originals moments, but leans a lot of weight on those creepy thrillers that came before, resulting in a movie that leaves audiences with the feeling that they may have seen it before.  Still, there’s something captivating about this genre, if only because it’s so terrifying without requiring ghosts to jump out of the shadows, and there’s something to be said for capturing true fear.

Kate & Justin are finally expecting a baby, after 10 years of a relationship that they weren’t sure required a child to perfect.  They are a happy couple, will make great parents, and await the wonderful upcoming day.  When a new couple moves in downstairs, Theresa & Jon, the four are introduced and are delighted to learn that both women are pregnant, both babies close to the same age.  If the new neighbors are a little odd, Kate just associates that with Jon’s business persona, his time in China, and Theresa’s breathy demeanor.  But when a tragic accident shocks the house, these couples will no longer be able to be friends, and the arrival of babies will no longer be a joyful subject.

I can’t give too much away, some of the “enjoyment” you’ll receive from this film is due to its surprises and traumas, so go in with as little knowledge as possible.  But this is a drama/horror/thriller, there are upsetting elements, so at least know that if it’s a sensitive topic for you personally.  Moving on, the film is good, but it isn’t great.  It’s far too similar to others and doesn’t quite bring enough new material to the table.  Farr fell back on what’s worked before, threw in a couple twists, and called it a film, which isn’t exactly to his discredit; at least he didn’t try to do too much.  It’s a relatively short film, flies by, scares you, exhibits solid acting, so feel confident going in that what you’re about to watch is at least well-done.  It just isn’t special, and Poesy never blows us away in the way that we needed her too if we were to love this movie.