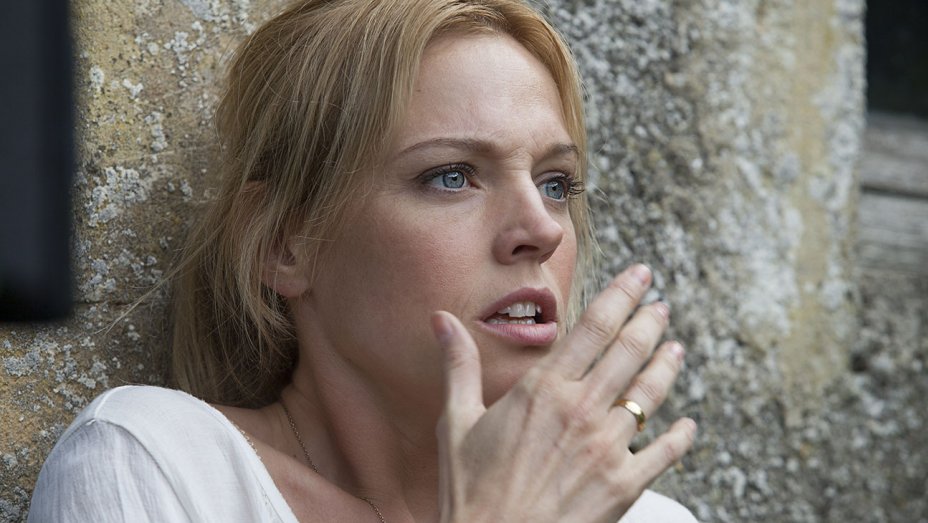 Antoinette Beumer is responsible for the middle iteration of Loft, a film that was done first in Flemish, then in Dutch, then in English.  She hasn’t done much more directing, other than Obsession, which is also known as Rendez-Vous, but her penchant for sexy thrillers is apparent, and that’s fine with me.  It’s a genre that can be very fun or can go quite wrong, can be very steamy or just plain dumb.  Luckily for us, Obsession works almost the entire time, with subtle humor and disquieting mystery balanced with lurid affairs and dastardly deeds.  And it’s Dutch, people from the Netherlands are awesome, so there’s another reason to watch, as if the promise of beautiful people getting into vibrant, deadly trouble isn’t enough.

Moving from Holland to France after inheriting a good bit of money and an old farm house, Simone & Eric plan to start their lives anew, grow closer with their two kids, stop moving so fast through life, try to remember what’s important about living.  But the house is a real mess, the village isn’t very friendly, a Dutch man named Peter says he will help with the renovations but seems to have some secrets, and the entirety of Simone’s past hangs over her head; she didn’t know her mother, who had a whole other life away from her daughter, and living in her home in confusing.  It gets even more complicated when a member of Peter’s crew comes onto Simone, and when she opens her arms to him.  All of the sudden she’s in way over her head, but also in such a euphoric state she isn’t thinking clearly, and doesn’t see what’s coming next.

In some ways Obsession is a standard steamy thriller, but it quickly adds enough other little pieces to make things interesting, and that keeps the whole plot afloat when it may have sunk into obscurity.  It’s pretty sexy, pretty enthralling, and then it starts to twist, which, again, could have pulled things downward but somehow didn’t, which is to the credit of the director and the cast.  The main character is crafted well enough that we don’t completely blame her when she cheats, we kinda understand what’s going on, even when we have no idea what’s going on (in a fun way).  The mystery is cool enough, the setting is really nice, the language is cool, and if the end was a little dramatic that can be forgiven because, hey, it’s affairs in France, that’s what drama is made for.  I really liked Haverkort, she was strong and believable, and dare I say hot.  And everyone involved made the story richer and more interesting, even if some arcs were red herrings after all was said and done.  A solid drama with some intrigue and some heat, Obsession won’t know your socks off exactly, but it is well worth your time.