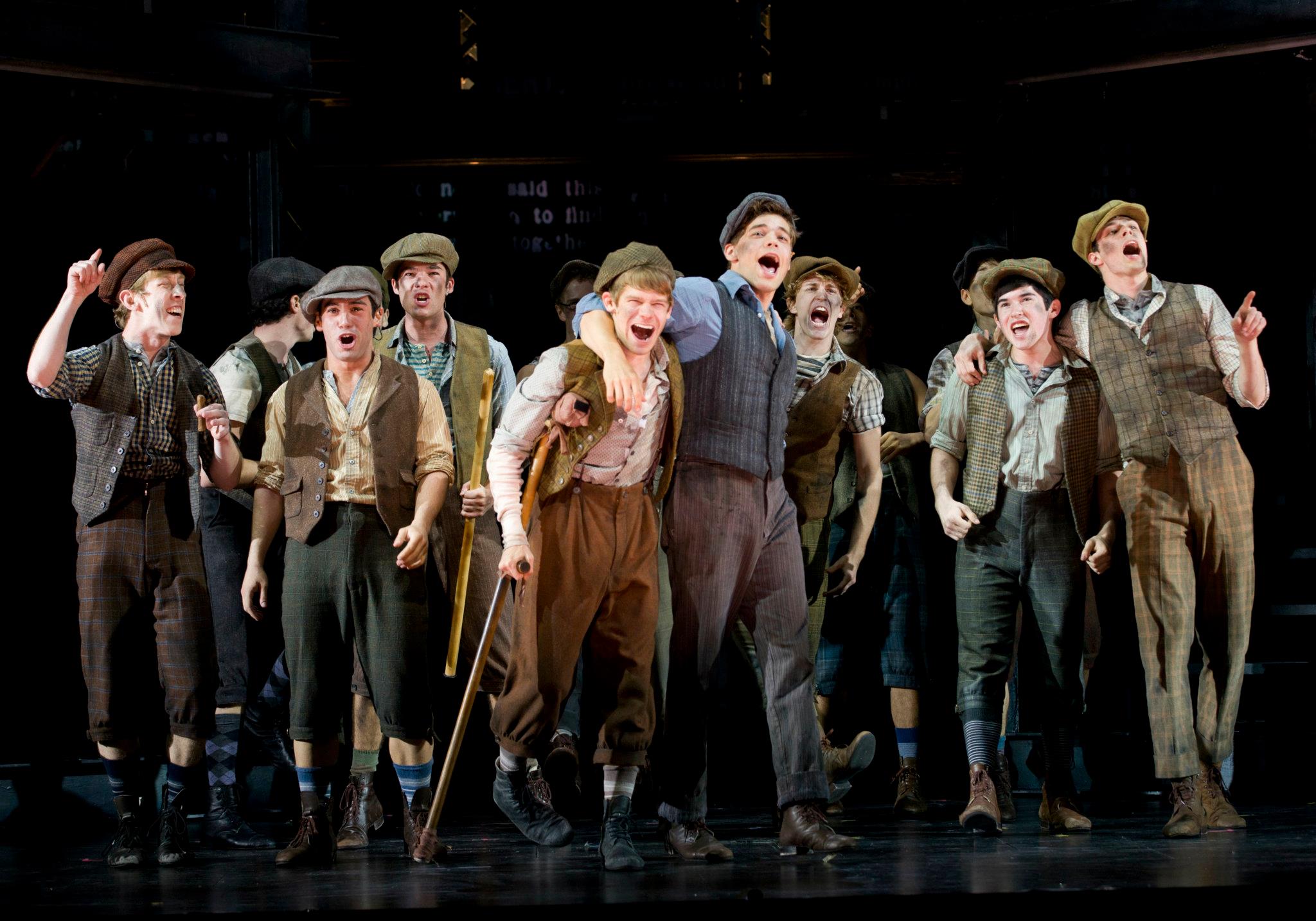 One of Christian Bale’s first roles was as Jack Kelly in the 1992 Disney sensation Newsies, an event that I remember clearly and loved dearly when I was 8.  It took a while, but eventually the movie was made into a Broadway musical, the stage always being the perfect place for this wonderful musical.  Newsies is like Annie with a slightly rougher edge, and it transitions perfectly to Broadway; the music, the dancing, the scenery.  I haven’t watched the film in years, I’ve never been to a live production, but Netflix has a live recording available to stream, and that’s all the invitation I needed.  Don’t feel weird sitting on your couch watching along with a real audience, just lean back, relax, and enjoy one of the best shows you’re likely to see this decade.

At the turn of the last century, the blood of New York City pumped with the racket of the printing press, as the daily newspapers controlled the town with whatever stories they chose to run.  The bigwigs at the top looked down on the people below from their ivory towers, deciding their fates with a whim that was akin to madness: Roosevelt, Pulitzer, William Randolph Hearst.  But it was the newsies who delivered the message, who ran the papers through the streets and sold the headlines of the day, who had undiscovered power over the populace.  When Pulitzer tried to raise newspaper prices, the newsies, realizing their importance and led by the charismatic Jack Kelly, formed a union and went on strike, along with every child worker in New York, be he a shoe shine or a messenger.  They refused to be stepped on like ants in the street, choosing instead to band together to form something that could never be crushed.

The movie was good, at least from what I remember, but the musical is a definite improvement.  First, they added a bit of a love story in place of Bill Pullman, and replacing that dude is usually a fairly solid idea.  Next, they rearranged the order of the story a bit, and added in some original songs to keep things fresh.  It seemed like every decision they made was a great one, because the Broadway adaptation is absolutely tremendous.  The songs, the rhythm, the dances, the marching; I dare your heart to stay steady or your feet not to tap.  Jeremy Jordan plays a character half his age, but it doesn’t even matter; he has a truly magical voice.  It takes a second to get used to the affected accents, but once you do they just serve to suck you further into the story, and help you to fall in love with every character involved.  The adults may be forgettable, but the kids are incredible, with talent to spare.  The big numbers, the quiet moments, the phenomenal sets, Jack singing “Sante Fe”; you’ll fall in love with these newsies and this Newsies, and you’ll want to travel to wherever the company might be performing next.