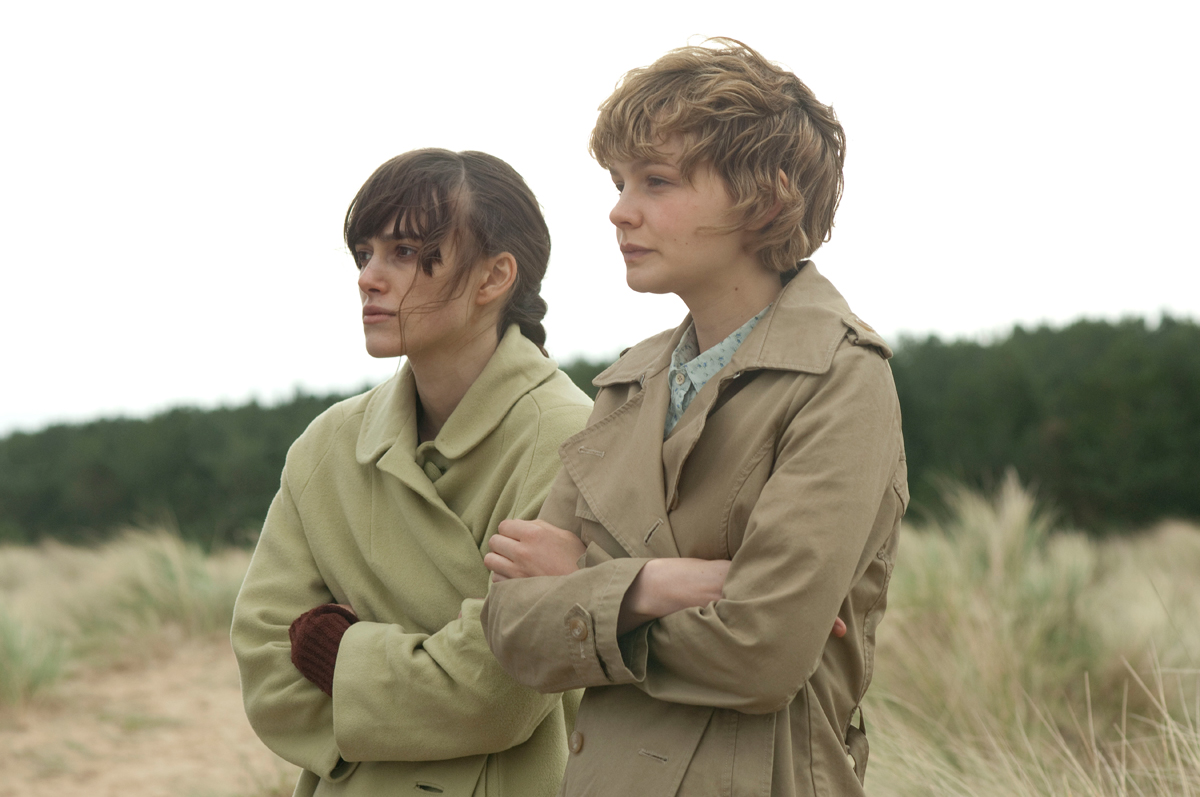 Mark Romanek (One Hour Photo) directed the film, Kazuo Ishigura (Remains of the Day) wrote the book, but the name in the crew that leaps to my attention is Alex Garland.  He wrote the screenplay, and when I saw Never Let Me Go in 2010, I didn’t know anything about him, but now I know what’s what.  Garland also wrote The Beach, 28 Days Later, Sunshine, and Ex Machina.  That movie was his directorial debut as well, I thought it was the best of 2015, and now he’s directing Annihilation, which looks really cool and is based on a fascinating book.  Anyway, all these reasons why a cinephile should be excited to watch Never Let Me Go weren’t on my mind the first time, when I watched and really liked it, but they were were the second time, when I watched it and fell in love.

In another universe, another plane, all medical conditions are curable, and the human life expectancy is well over 100 years old, breakthroughs being developed in the 1950s and 1960s that make cancer and other diseases obsolete.  Also, human organs and tissues are available with ease, with the creation of a new program that insures the production of people for that very purpose.  The children of Hailsham House know that they are special, that they must keep their bodies healthy, that they must stay on school grounds, that their lives are shorter than those who live outside.  But they don’t realize the extent of their own situation, how they might want more as they grow older, how they might fall in love and wish that they have been born for a completely different reason.

First thing’s first; looking back, this cast is absolutely incredible.  Mulligan, Garfield, Knightley, Ella Purnell, Charlotte Rampling, Sally Hawkins, Andrea Riseborough, Domhnall Gleeson; that’s like three great movies worth of talent all in one place.  And it was a few years back, I’m not sure we realized what we had on our hands then, how all these actors would go on to do amazing things.  I’m not saying that this was everyone’s big break, but the cast in undeniably excellent.  Mulligan leads the way, but she is supported by a strong performance from Garfield, with everyone else backing them up with high-quality work.  Together they deliver this difficult story, something that’s part sci-fi, part romance, with an England-during-the-blitz feel that belies the time period but works perfectly.  Add in an amazing score and you’ve got a film that very well may blow you away.