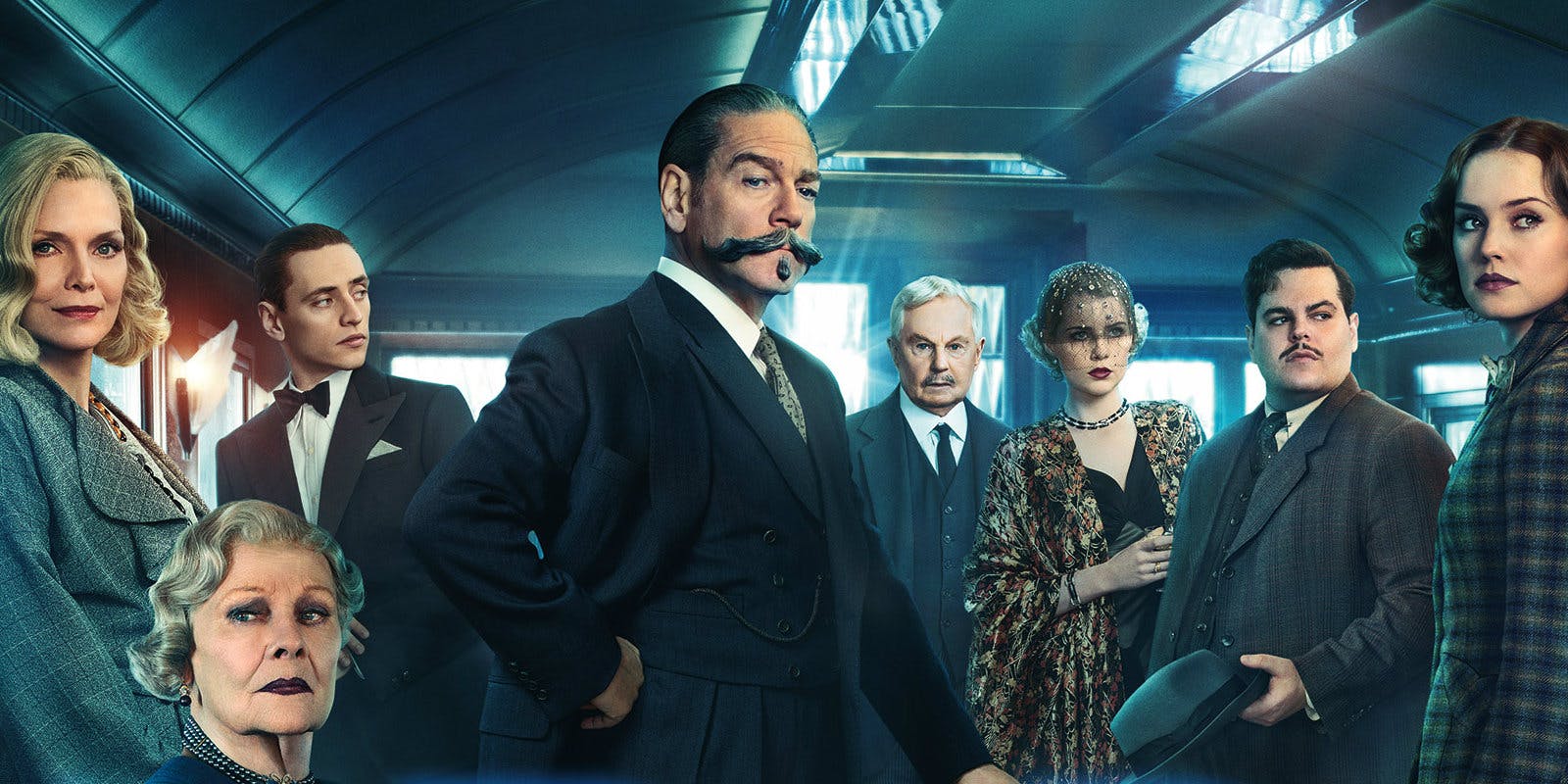 There’s a reason I only put Branagh’s name in the Starring section up top; there are too many stars to make links for, too many names to rattle off that you should be aware of.  The cast is impressive: Daisy Ridley, Leslie Odom Jr, Penelope Cruz, Josh Gad, Johnny Depp, Derek Jacobi, Michelle Pfeiffer, Judi Dench, Olivia Colman, Willem Dafoe.  Actually, it’s too impressive, and no one other than Branagh gets a chance to shine, because those were just the celebrities you might know, there are a thousand lesser roles that are of no importance, but that crowd the 110 minutes of the movie until there’s no room for any actual talent to be displayed.  That was the basic problem with Murder on the Orient Express; too much to do, too little time to do it in, and not enough legitimate reason to care.

Hercule Poirot is the world’s greatest detective, a man who can sense the imbalances of life so finely that their clues lead him to criminals with shocking ease.  His latest case had him in Jerusalem solving an artifact theft, but he has since decided to take some well-deserved rest on board the Orient Express, a luxury train that will pamper him for the next three days straight.  However, as luck would have it, Poirot’s genius will be called upon almost at once.  A man is murdered in the night, a shady character who was paranoid about prowling enemies, killed in his room, where no one should have been able to reach him without being seen.  Someone on the train is a murderer, an avalanche derails the engine, and Poirot has one day to find a killer among a dozen likely, suspicious, lying culprits.

Orient Express is more than a little silly, and only some of that can be blamed on the dated material.  Agatha Christie is a legend, but her works are aging, and it would take serious skill to be able to deliver them to the modern world.  I would have assumed that Branagh could do the job, but apparently not.  Or, more specifically, apparently not with this cast, which seems counterintuitive since they are all stars, but I think it’s the truth.  He would have been better served to have a complete group of “nobodies”, to thrill us with cunning of story and precision of acting.  That’s not the track this train went down, however, more’s the pity.  It was cluttered, scattered, ridiculous, almost a mockery of the classic style, not a nod to it.  The celebrities didn’t even end up mattering; they each had about five minutes of screen time in which to deliver unbalanced dialogue before they were ushered back to their respective cabins.  It simply didn’t work, on any level, and that’s a great pity.