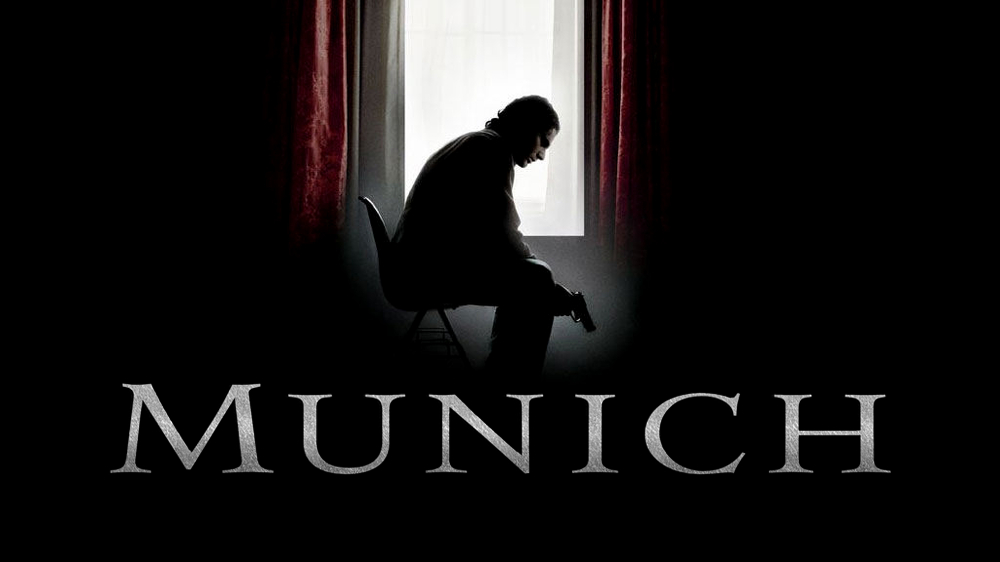 Is there such thing as “lesser Spielburg”?  If so, Munich is definitely in that category, but only when compared to some of the very best films ever made, since Steve is such a genius, so perhaps I’ve answered my own question.  There have been missteps in his filmography, that’s for sure: Lost World, AI, The Terminal, Crystal Skull, Ready Player One.  But Munich isn’t even that bad, it’s only not quite as great as Jaws, and nothing is, so there’s the conundrum again.  I guess the best thing to do is to judge the movie on its own merits, and that’s where it falls a bit short of spectacular, landing somewhere near ‘fine docu-pic’ instead, and that’s not really where we expect or want to be with a director of this caliber.

In Munich, Germany, during the Summer Olympics of 1972, a Palestinian terrorist organization called Black September takes 11 Israeli Olympians hostage, eventually killing every single one.  In retaliation, the government of Israel wants 11 men involved in the massacre to be hunted down and executed, to show the world the Jews are not afraid and that they are not weak.  However, this act can’t be carried out publicly, it will be a dangerous assassination mission, with no ties to Israel whatsoever.  Avner Kaufman, a German-Jew whose father is a war hero, heads a team of men to murder this list of names one by one, attempting to come to terms with the damning of their own souls in the process.

Remember when people thought that Eric Bana was a superstar?  I relate him to Brad Pitt, maybe because they were both in Troy, but they have other similarities: both extremely handsome, both big & strong, great hair, unique voices, a commanding presence.  It’s just that Pitt turned out to be a incredible actor and Bana didn’t, it’s that simple, and that tells the story of this film, too.  It’s fine, it’s good, but Bana, looking back, isn’t the leading man we thought he was.  And the movie is just more Bridge of Spies than Schindler’s List; it has common elements with both but definitely leans the way it ought not to.  It’s a little plain and a little under-developed, which is surprising, almost as if Spielberg didn’t quite know how to communicate  what he wanted to say.  The cast is great though: Bana, Rush, Hinds, Daniel Craig, Mathieu Amalric, Nino from Amelie.  The film does a great job portraying both tremendous sadness and unbelievable violence, but it simply can’t reach greatness despite how much audiences automatically get behind this story.  If not exactly a lesser version of what we’re used to seeing from Spielberg, Munich is definitely not his best.