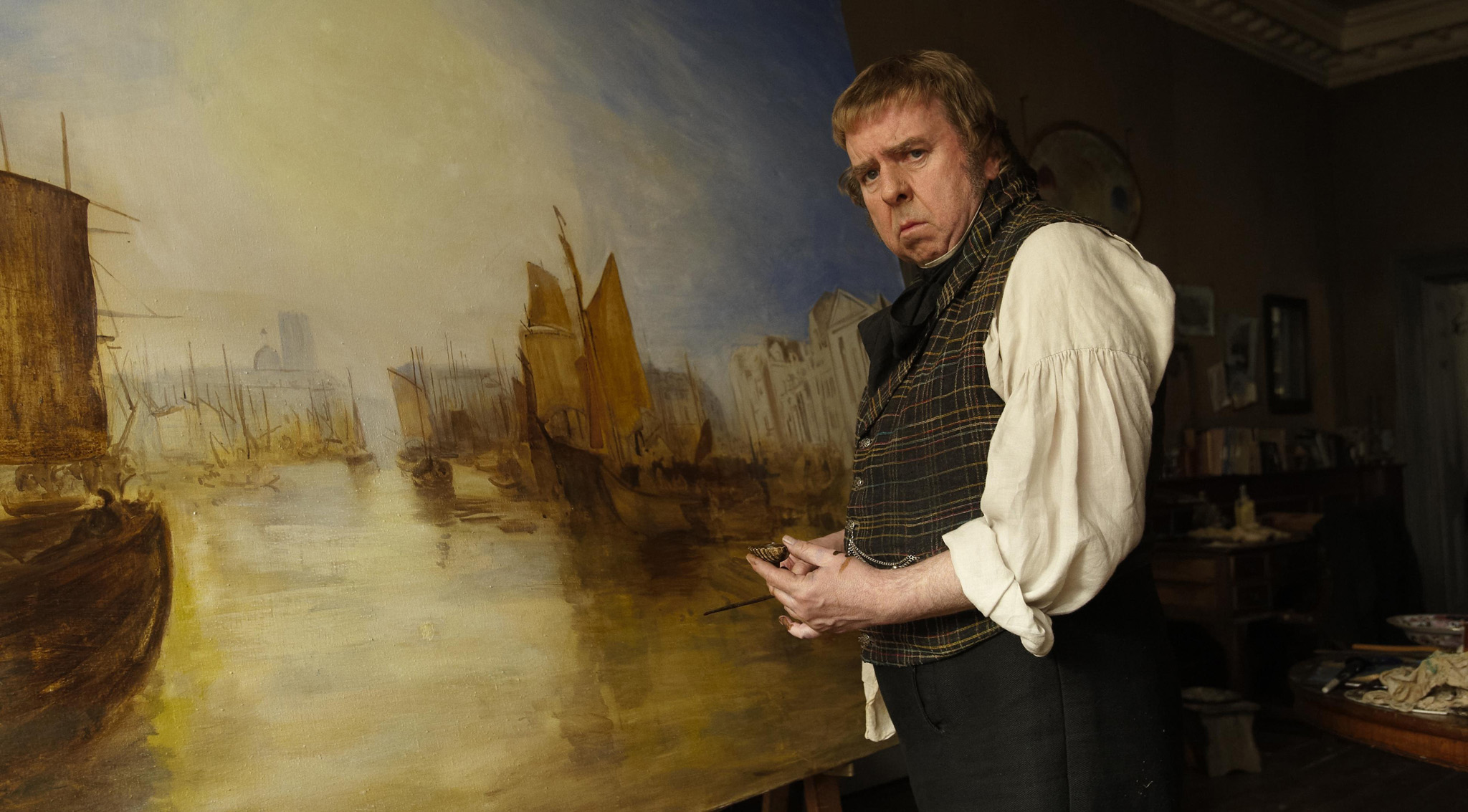 Last year, Mr. Turner received a ton of Oscar buzz, mostly for its spectacular period feel, but also for its stellar cast & crew.  It ended up nominated for a variety of technical categories, but not in any dramatic areas, making it a bit of an awards disappointment.  That also aided in my decision not to seek the film out, to watch it when I had the time, a considerable amount of time actually, since the movie runs 2 & 1/2 hours long.  But I finally did watch it, did enjoy it, and got to see what the Academy saw when making their decision not to include it with the best pictures of the year.  And although I thoroughly enjoyed it, I can understand why Mr Turner wasn’t a phenomenal success among audiences (even though critics loved it) and why it wasn’t given complete respect.  It’s a well-made period piece, perhaps one of the most believable you’ll ever seen, but it lacks that special glitter than changes mere movies into magical moments.

J.M.W. Turner is one of England’s all-time premiere artists, putting the country on the map of the artistic world, bringing drama to a once lifeless medium.  Turner gained fame as a landscape painter, creating beautiful, rich, textured Romantic canvases full of ships, storms, coasts, and sunsets.  But in his later years, Turner would begin to play with light, capturing moments, eliminating clarity & style in an effort to convey mood & feeling.  He was a pioneer in this art form, beginning the transition from Romanticism to Impressionism, showing the world what vibrant color can do in muted light, how each fleeting moment can be captured on paper forever.  His personal life reflected his art, a parade of tragedy & beauty, adding depth to a career highlighted by some of the most wonderful English masterpieces the world had ever seen.

Not often does a period piece succeed on this level.  We’ve all seen the classics turned into films, Keira Knightley gracing our screens for a few hours, parading around in costume, convincing us all that she’s a French aristocrat once more.  But Mr. Turner is different, it’s deeper, and its actors aren’t pretending, they are living the period right before our eyes.  The film begins with Turner already famous, throws us into his world, bludgeons us with his dialect, gives us no history, demands that we enter this time with no hesitation.  And so the film works on a different level, becoming a movie that transports us rather than entertains.  That’s not to take away from the acting of Spall & Bailey, or any of the rest of the brilliant cast.  They were incredible, but the film itself was the vehicle that took us back in time, the actors merely the residents of that era.  The visuals were appropriately beautiful, the mood intense & peaceful in turn, and I appreciated the way in which this biography stayed away from the common elements of sappy back stories and typical dramatics.