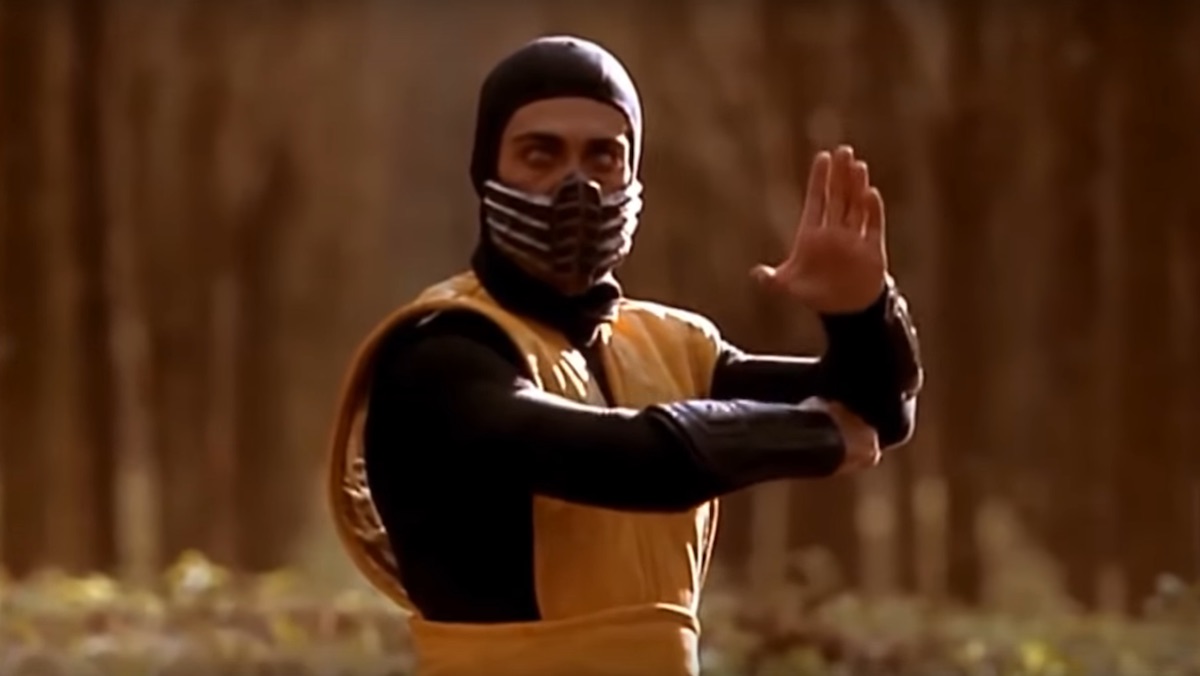 Mortal Kombat does one thing right, and that’s bring to life a video game so many of us grew up with.  It does the game justice, it brings us all our favorite characters, it’s a living reference that we can always come back to, and for that the movie has its purpose.  Beyond that, Mortal Kombat is one of the worse films ever made, a complete joke from start to finish that barely has enough story to fill one minute, let alone one hundred & forty.  It’s the game, it’s some fighting, that’s all it has to offer; anything else it tries to do is so ridiculous that you have to laugh or else start crying in lamentation for actual money spent on actual film because someone thought they could actually pull this project off.  Well, A for effort, but F for outcome.

Fighters from all over the world are invited to participate in a martial arts tournament that comes only once every generation, a showcase of skills that has no equal.  Not only will they be fighting for the title, not even only for their lives, but also for the fate of our planet; the prize is complete domination for the mighty overlord who produces the best team of fighters.  On the side of good is Lord Raiden, opposing the evil Shang Tsung, with mankind and monsters in the middle, facing off for the destiny of many worlds.  Can our human heroes work together to face their own fears, learn to fight as one, and prevail against all odds, or will darkness swallow the galaxy once and for all?

It sure is silly, but it sure does represent the game well, so I would be torn if the movie as a whole wasn’t so ridiculously awful.  We do meet the cool characters, that’s fun: Raiden, Tsung, Liu Kang, Johnny Cage, Sonya Blade, Kitana, Kano, Scorpion, Sub-Zero, Reptile, Goro.  It’s fun to see them in the flesh, and I think they did a good job bringing them to life on a vividly weird stage with different arenas, so that’s all to the positive.  But that’s just a snippet of the film; the rest is acting, dialogue, story, and sequencing, which are all abysmal.  You couldn’t have found worse actors if you had a casting call for The Most Terrible People Ever, and the result is that every word out of every mouth sounds stupid.  I mean, the plot is stupid, there aren’t enough cool fighting tricks on Earth to compete with an utter lack of cinematic framework, so the result is predictably poor.  Check it out if you loved playing the game or if you fondly remember this movie from growing up, but otherwise admit that’s it’s barely a movie at all and move on before you accidentally watch it.