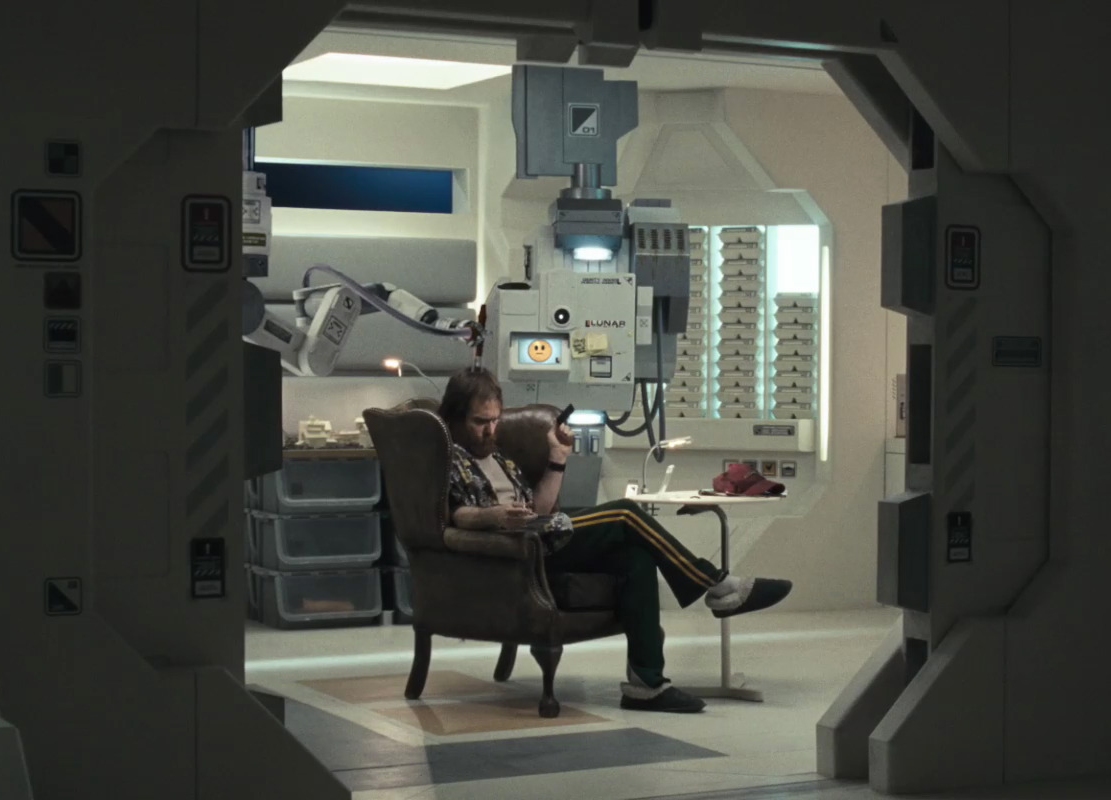 With all the talk circling around Sam Rockwell’s performance in Three Billboards and his first Oscar nomination, I’m over here yelling that this most recent role is nowhere near his strongest, and should only prompt us to look back to the past, not offer awards in the present.  For example, his Wild Bill in The Green Mile is something other-wordly, and should be recognized as so.  Also, in the lesser-seen The Way Way Back, Rockwell plays up the polar opposite to smashing success.  He’s an incredibly versatile actor, and that fact is on display perhaps no more clearly than in Moon, a tricky sci-fi experience that demands little from CGI but loads of talent from basically the only human involved.

In the recent future, Earth will begin to run out of resources and fuels, but luckily Lunar Industries is there to save the day.  They mine the far side of the moon, sending back precious gases trapped in the rocky surface that will serve to keep the world’s lights on.  Alone in a tech station near the harvesting machines is Sam Bell, a man trained in the operation of the robots.  He has signed a three-year contract to live three days away from his home, but it feels much further than that.  And when he crashes his moon rover, the feeling of isolation gets even worse.  He isn’t completely alone though, there’s GERTY, his faithful computer system, and perhaps there is someone else, a mysterious man who appeared right after the accident, although Sam has absolutely no idea from where.

Rockwell is the only real actor in the film, with a few periphery characters hovering around but making no impact.  There’s also Kevin Spacey, but he’s just a voice in a computer, though he’s excellent as always anyway.  This might be the first time I’ve watched him in a film since the assault allegations; I’ll just choose to ignore that for the purpose of this review.  The movie is all about Rockwell anyway, and he leaves nothing in the tank, he gives us everything he’s got with this character.  The sci-fi element is almost secondary, with a little technology and some effects, but they seem pretty trivial and even a little low-budget; it’s better to focus on the story, which is really fascinating.  The “twist” comes early, the rest is simply a clinic on situational drama, and if for some reason you missed Moon when it came out, you need to get that fixed.

You would and I think you already have.