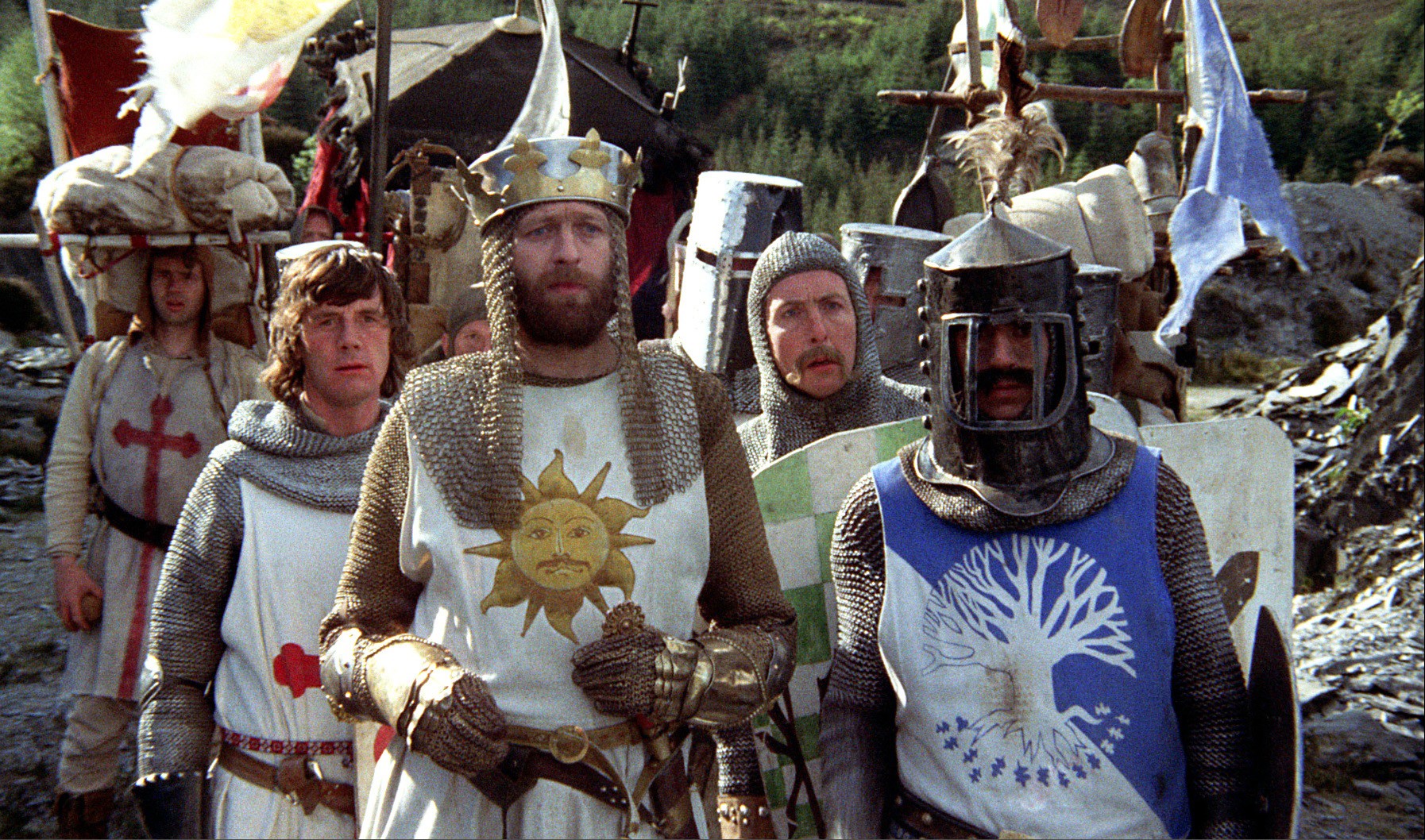 For their second feature, the Monty Python crew chose so many new directions in which to pursue their ridiculous comedic goals, and basically they all worked.  First, two members of their team, The Terry’s, stepped up to be directors, and since they aren’t as involved in the acting as the other four, it was a decision that just made sense.  It was the directorial debut for both, and Gilliam would go on to become relatively famous for his bizarre movies, which often included Monty Python actors, so it all worked out.  Secondly, this was the group’s first real film, with a loose story instead of simply stringing along some skits, which worked brilliantly as well; the scenes make more sense as a series of jokes radiating from a central hub.  They did less drawings, more songs, and gave us what would become a cultural sensation, and eventually a cinematic icon; bravo, boys.

England shortly before 1000 AD was a dangerous place, full of violence, pestilence, ignorance, and random French soldiers who would insult you within an inch of your life.  Rising from the ashes of these terrible times was a lord chosen by God himself to be High King of all the Britons; Arthur, son of Uther Pendragon.  Arthur’s first task was to unite the greatest men of the realm to form the Round Table in Cameot, a cabinet of warrior-heroes who would be a shining beacon for the lowly people of the land.  But Camelot twas a silly place, so off they went on an adventure instead, to seek the Holy Grail and to use its divine power for the good of all mankind.  King Arthur, Sir Lancelot, Brave Sir Robin, and more, went their separate ways to find the Grail, finding danger and excitement instead, living or dying amid tales that would become the stuff of legends to this very day.

Taking on King Arthur & the Holy Grail and making that legend into a spoof seems a daunting task, but the Monty Python gang was up for the challenge.  Somehow they took real cultural myth, made fun of it, at the same time held it up, and came away with a hilarious take on something very important to English history; like I said, basically everything they changed from their first attempt at a real film worked wonderfully.  The characters are amazing, the sequences make sense, there are enough moments of complete frivolity, and somehow they were still able to capture the darkness of those uncertain times.  So many iconic moments come from this film: the swallows and the coconuts, bring out your dead, Boldly Brave Sir Robin, the insulting Frenchmen, the witch and the duck, Castle Anthrax, The Knights Who Say NI!, The Holy Hand Grenade of Antioch, the Gorge of Eternal Peril.  I could go on & on, it was awesome enough to create a stage version, which is awesome if you’re a fan of this film, and I could not possibly watch this movie enough; it’s fantastically funny every single time.