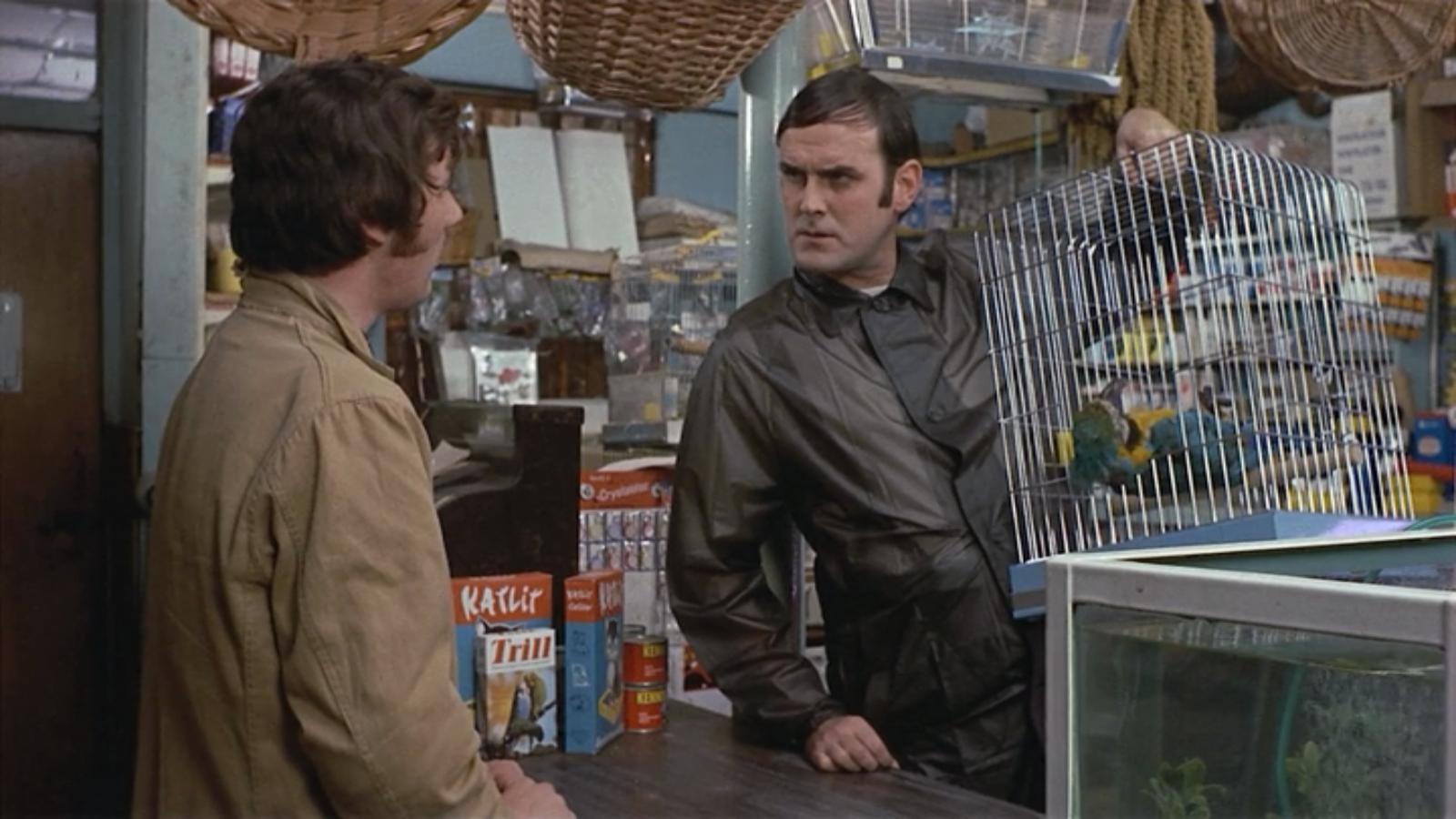 Monty Python’s first feature film is not really a feature film at all, but rather a re-do of their most hilarious Flying Circus sketches, brought to new audiences and given new life.  You could argue that it’s silly to simply copy yourselves, especially iconic scenes, since, now, which is the classic comedy, the first time you did the joke or the second?  But as someone who didn’t watch the show, but who has seen all the movies, And Now For Something Completely Different is a vehicle for the hilarity of Monty Python, and that can’t possibly be bad.

This ridiculous mash up of hits makes very little sense but is still very entertaining, which is an easy way to describe Monty Python to someone so doesn’t know their work.  This skit troupe is legendary in England, was huge in the 60s and 70s, and has made their mark on all comedians and all of comedy.  Here are some of their most famous bits and sketches, simply for our continued amusement: the dead parrot, the lumberjack song, the upper class twit, nudge nudge wink wink, how not to be seen, self defense from fruit, the lion tamer, the Hungarian phrasebook, the dirty fork, the funniest joke in the world, the Kilimanjaro expedition.  Classic scenes crammed into nonsense until it all explodes into frivolity, but that’s Monty Python.

I you don’t know much about the group, this is a good way to be introduced into their world.  It’s their most famous sketches mixed with insane animation, thrown together into no semblance of coherency, but that’s the way it goes, that’s their trademark style, and you’ll either die laughing or think it’s the worst 90 minutes you’ve ever spent.  I think it does make more of an impression on younger audiences or those who grew up during the Flying Circus era, because, watching it back now, it’s all a bit bizarre, even for me, someone who has been a Monty Python fan since I was first introduced to their movies about 20 years ago.  But it still holds up, it’s still so bizarre that it’s brilliant, at least for the most part, and, if I remember correctly, it only gets better as they become more familiar with how they want to appear on film; here’s looking ahead to more wacky weirdness.