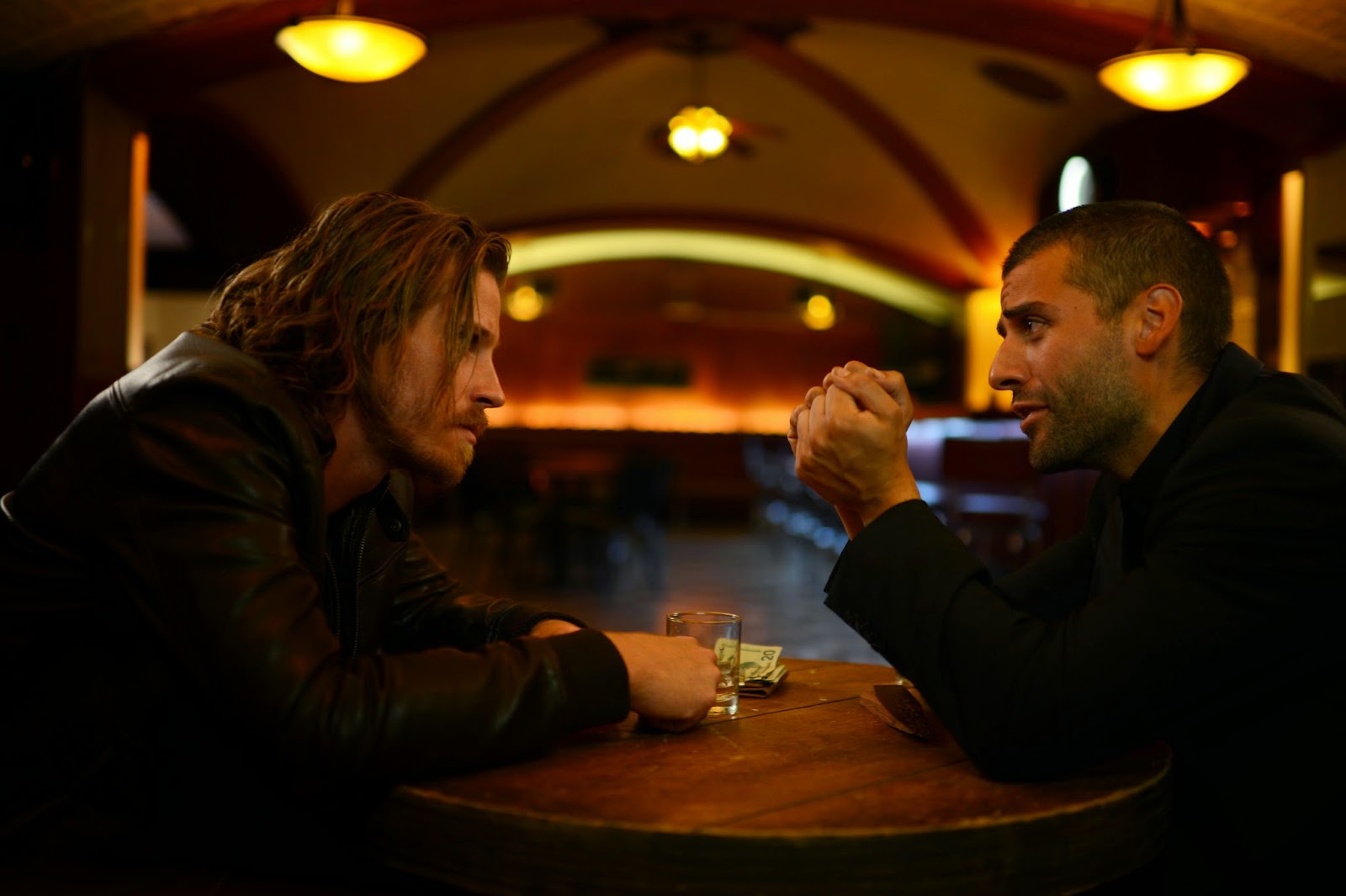 There are so many things to talk about concerning this film, so little time.  Well, I guess I’m choosing the length & duration of this review, I could make it as long as I want, but for brevity’s sake, I’ll rein myself in.  First there’s director William Monahan, who hasn’t been in charge of much, but who has written a ton: Kingdom of Heaven, The Departed, Body of Lies, Edge of Darkness, The Gambler.  Guy knows his stuff, especially his dark, twisted stuff, Mojave fitting into that category like a glove.  Next there’s Hedlund (Troy, Tron, On the Road, Unbroken, Pan) & Isaac (Drive, In Secret, The Two Faces of January, A Most Violent Year, Ex Machina, The Force Awakens, X-Men: Apocalypse), the pair hooking up again after a brief encounter in Llewyn Davis.  And then there’s the story itself, a simple plot laden with metaphor, a shockingly deep narrative that’s ready for you to discover.  What do all these aspects combine to create?  An underrated drama that puts other, shallower thrill rides to shame.

Tom, a troubled filmmaker, runs away into the California desert, leaving behind his albatross fame, the weight of responsibility, decisions surrounding actresses, wives, and futures.  After crashing his Jeep, he’s alone in the wilderness, an empty vessel ready to be filled.  But the spirit that happens by is more a demon than an angel, a lonely drifter who sees every man as his brother but every brother as a potential assassin.  Jack is mostly crazy, probably a genius, and gives Tom a bad feeling from the very start.  Defending himself with the instincts of a cornered animal, Tom makes a series of decisions that set him on the course of secrecy, escaping from the desert but not from Jack & the knowledge of his deeds.  Back in Hollywood, Tom tries to put the past behind him, but is pursued by Jack, a dark dog who won’t be shaken off, an evil that has to be faced sooner or later.

I loved the simplicity of the plot here, Mojave baring its soul just like the wasteland of its name, hiding nothing other than the shallow grave of its deeper meaning.  There’s a lot to process after your first watch; God/Satan, Jesus in the desert, man attempting to find himself through isolation, inner demons that threaten to swallow your life.  Or, if you want, you could enjoy this movie on more of a surface basis, an entertaining thriller that sets two men against one another, light vs dark, a battle to the death.  Hedlund becomes somewhat of a straight man, his talent superseding his reputation.  Isaac is frighteningly powerful, full of black thoughts & blacker humor.  And then the director chooses to leave details aside, backgrounds in the background, focusing attention on the wrestling match of wills between the film’s main characters; smart choice, IMHO.  Oh, and I can’t forget to mention Walton Goggins (The Hateful Eight) & Mark Wahlberg (everything), two perfect cameos that topped the whole sundae off with exceptional cherries.  Of the limited few who saw this film, neither critics or audiences were raving about Mojave, and I can’t say it’s going at the very top of my list, but it’s definitely a hidden gem if what you’re looking for is intense acting of a deceptively simple story.