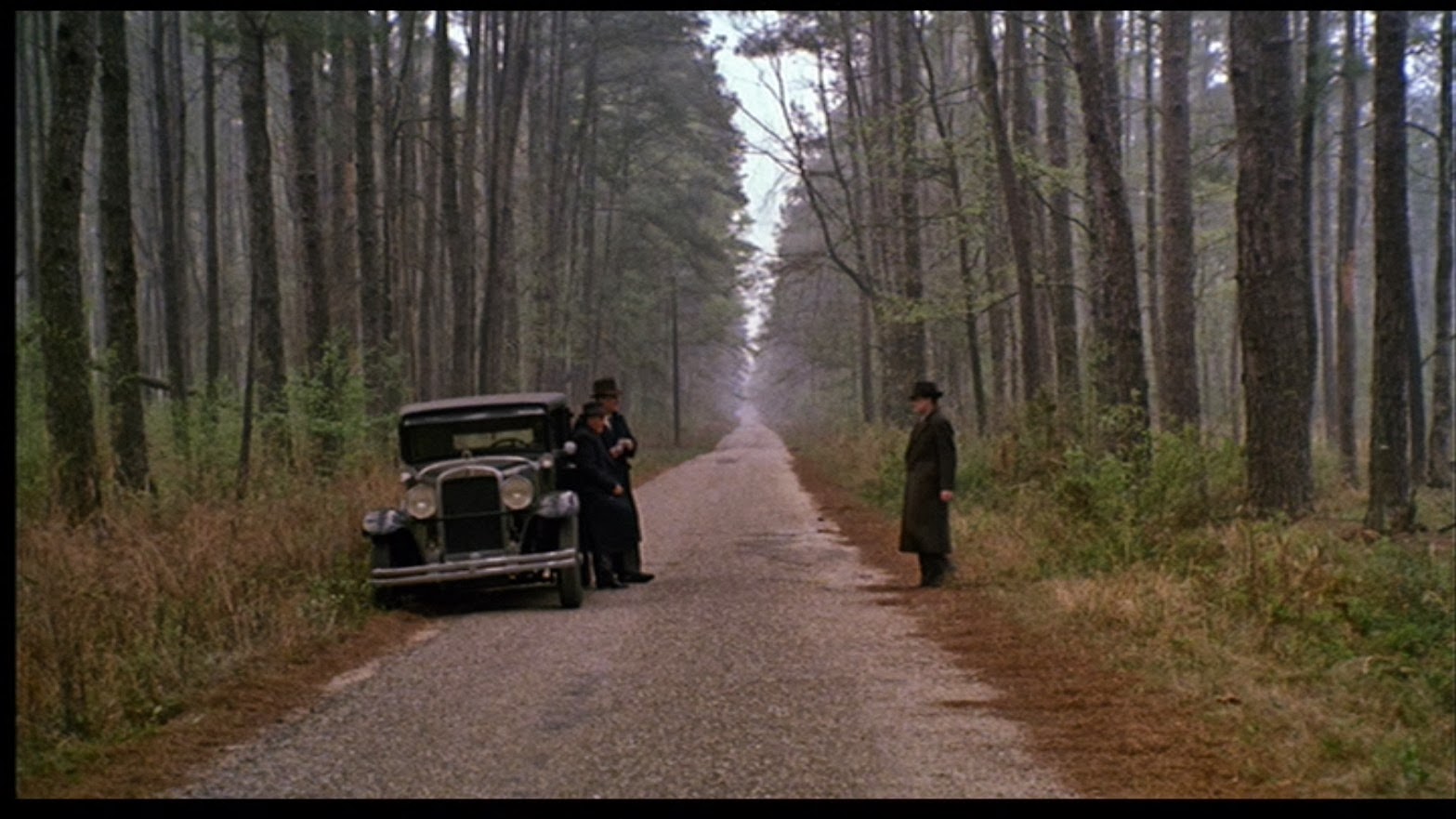 If I hadn’t known this was a Coen Bros. film coming in, I might have been able to guess it by the mood and the actors, but I might not have been able to believe myself, since the overall product is so much worse than I have ever seen from the incomparable pair.  I’ve said before that there is an entire period of early Coen that doesn’t rank anywhere near the next period, which is their absolute best, but I always liked those amateurish films anyway, because they carry a patented feel that you can tell is just blossoming into something that you know will be great in the future.  But Miller’s Crossing, although still signature, simply feels like a mistake, without the saving grace of inherent genius that bolsters some of the other lesser Coen flicks, and it will probably hold its place at the bottom of this finite list until I someday see The Ladykillers.

The Irish mob controls the police, the Italian mob controls the gambling, the Jews fit somewhere in between, and the groups somehow hold a fragile alliance, as long as no one oversteps his allowable greed.  When Johnny Caspar comes to Leo and asks him to whack Bernie, business should conduct as usual, and Leo’s right hand man Tom OKs the hit, but Leo can’t allow it, because he’s sleeping with Bernie’s sister Verna, and secretly so is Tom.  So now the Italians are mad at the Irish because they won’t kill the Jew, and war erupts between the mobsters, the police in the middle and helping both sides.  Tom is torn between his loyalty to Leo, his desire to do business with Johnny, and his attraction to Verna; a fine pickle he finds himself in, which he made for himself, and from which a can’t easily find a way out.

The first problem in the casting; Byrne and Harden just aren’t good actors.  They’re asked to run the show and they simply can’t; the film fails because it couldn’t fall on their shoulders.  The rest of the cast is solid: Albert Finney, John Turturro, Jon Polito, Steve Buscemi, Michael Badalucco, Frances McDormund, some of which often pop up in Coen Bros. films.  But none of them had big enough parts, and so the worst actors got the most lines, and that’s not How To Make A Good Movie.  The Prohibition-era action was overdone, it always felt fake, the cinematography and music were nice, but they weren’t nearly enough, and the entire thing felt like an experiment rather than a polished gem.  We all know these geniuses would go on to make some of the best art we’ve ever seen; this just isn’t it yet, it’s a growing pain, and really doesn’t deserve much attention.