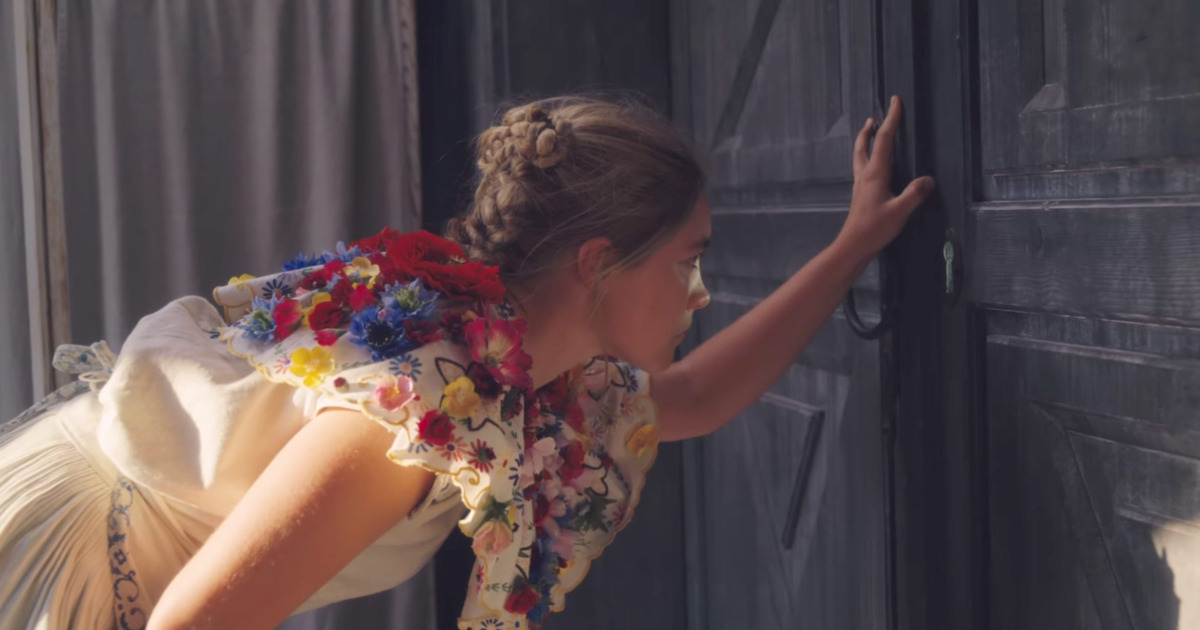 Midsommar is incredibly stronger than Ari Aster’s debut, Hereditary, even if critics were too focused on wanting to be obviously scared by horror that they missed noticing the more subtle way the genre can terrify you.  Aster didn’t, and he didn’t listen to all the praise sent his way because of his first film either, didn’t sit back and imagine himself as some sort of wunderkind who could do no wrong.  Instead, he went back to work, delved so much deeper, and gave us something amazing with his second attempt, something that shows a true talent and an impressive ability to cancel out the noise, focus on the art, and refuse to work on the surface where people are more comfortable.  I think the opposite can be said about Jordan Peele; he took the surprising support from Get Out and made something worse in Us, making a film that he thought would please instead of something that had elevation.  Midsommar rises so steeply it even makes us sick, but thrill seekers will only return for more, because you can’t get this high from just any movie.

Near the end of their rocky relationship, college girlfriend and boyfriend Dani and Christian head to Sweden with a group of Christian’s buddies to visit and observe a midsummer festival that promises to be fun, lavish, historic, and eye-opening.  Dani has just suffered a personal tragedy, which has perhaps kept her and Christian together longer than is healthy; he can’t break up with her while she’s down.  She tags along to Sweden, again, because he can’t say no, but it’s obvious the couple is drifting apart; Christian seems uninterested and Dani is just a hot mess, emotionally.  What they’re about to encounter won’t help matters any, because it is also FUBAR, and perhaps deadly is strange, secret ways.  The small festival they attend and research is held in a Swedish commune deep in the forest, where the rules of society do not bind, and the norms of human experience have no place.  So begins a week of celebrating new life, but at a steep price, and it’s anyone’s guess who might make it home alive.

With Hereditary, Aster took a common horror theme and turned it on its head, forcing ghosts and satanic rituals and human hellscapes to fit into his mold, which is why so many critics stood up to applaud.  With Midsommar, he does the same for the campy horror style, with friends going missing one by one, but he changes enough that you’d have to look hard to realize that’s what he pulled from, and by then you’re so invested you’re ready to proclaim him the god of all cinema in general.  Midsommar is a unique take on paganism and isolationism, with so much else being said beneath the surface that it would take months to sort it all out.  It’s a little less scary and/or gruesome than Hereditary, but it will still freak you out, and it draws the story out much more and much longer as well, forcing audiences to wait and work this time around instead of just experiencing.  What succeeded most, and what helped the film to be something more than great, was Pugh & Reynor, the way they played off each other, the effortless way they conversed, the normal manner they behaved in extremely abnormal circumstances, like the proverbial frog in slowly boiling water.  The action simply rose and rose, audiences were sucked further and further in, until it was too late to escape, and our lives would never be the same.  I exaggerate to make a point, but Midsommar really is that intense, that special, not only the best horror flick of the year but perhaps the most spectacular movie of the season, with reasons hiding around every corner why it could legitimately be a multiple-Award contender.