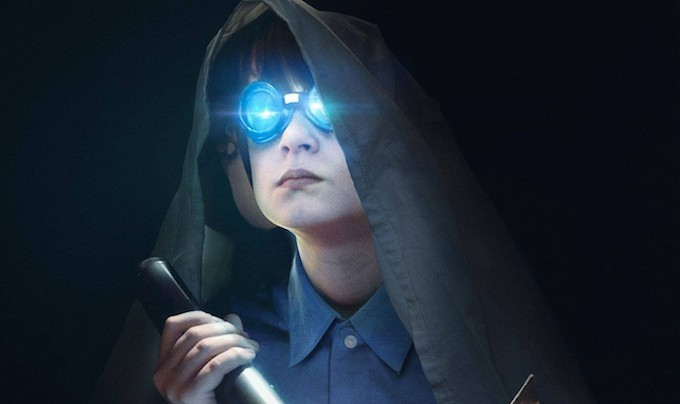 Let’s take a minute to talk about the genius of Jeff Nichols.  For a relatively young player in the game, he’s written/directed some real stand-out successes.  He began with Shotgun Stories, a critically-acclaimed drama starring Michael Shannon.  He followed that up with Take Shelter, a high motor thriller starring, again, Michael Shannon.  Next was Mud, a hidden gem of a film showcasing Matthew McConaughey’s very best, a bright young star in Tye Sheridan, and who else in a supporting role but Michael Shannon.  Are we beginning to see the trend, and perhaps the secret behind Nichols’ success?  I still stand by me declaration that the guy’s a genius, but only half of that seems to be his direction, the other half seems to be the phenomenal actor he leans on.  And he goes for broke here in Midnight Special, calling on Shannon to steal the show one more time, which might have been one time too many.

Alton Meyer has a power that can’t be defined.  The religion that has sprung up around the boy thinks that he’s their savior.  The government thinks he can be used as a weapon.  His father thinks he needs protected from both groups, going so far as to kidnap Alton away from the Ranch, hide him from the FBI, and take the southern roads to a location that just might hold the key to understanding his son.  Along the way, Alton’s powers become more erratic, exhibiting themselves in destructive ways, threatening those around him who care the most: Roy his father, Lucas Roy’s only friend, Sarah his mother, and Paul the agent who just wants to discover the truth.  But that truth will not be easy to accept, nor to grasp onto, as what makes Alton different is so far beyond our understanding that in order to believe it you’ll have to see it, and even seeing might not be enough. Given Nichols’ success, Shannon’s talent, and what looked to be an incredible plot, many of us were banking on Midnight Special being the best film of 2016, at least up to now.  The sad reality that it isn’t is doubly disappointing: first because we wanted it so badly to be and secondly because the pieces were there.  Looking at the negatives first, there was only one glaring problem, and that was the pace.  For a movie that isn’t long at all by today’s standards, with a run time of around 1 hour 45 minutes, the pace was dreadfully slow.  The film felt much longer than it was, held scenes much longer than was necessary, and bogged down far too often at pivotal moments when it should have taken off with ease.  The ending may have been a little too simple and the film itself a tad too reminiscent of Tomorrowland, but it was the pace that did it in, that kept the drama we wanted from flowing into our eyes the way we know Nichols can make it.

That’s not to say that there weren’t positives though, as the pieces really were all prepared to slide together, they just got stuck in the mud before they had the chance.  Michael Shannon was the undoubted lead, giving emotion with a simple glance, story with his eyes, taking the film right onto his capable shoulders.  Joel Edgerton, who I think I want paired with Shannon in every movie from here on out, was perfect in his role, solid & steady.  Even Kirsten Dunst was strong (though I hated her distracting over-the-shoulder braid) and filled Reese Witherspoon’s Mud niche quite nicely.  The kid was fine (St. Vincent, Aloha), I liked Adam Driver, the story was imaginative & exciting, and the beginning of the film had be hooked almost immediately.  But Midnight Special failed to keep the ball rolling, and when the action slowed down it slowed waaaaay down, down to the point of no return.  That was shown in the finale, when effort was made to end on a high note, but it just wasn’t possible.  Not the best you’ll see all year, not even the best you’ll see this spring, and miles behind a thriller like 10 Cloverfield Lane, Midnight Special is good but disappointingly so.