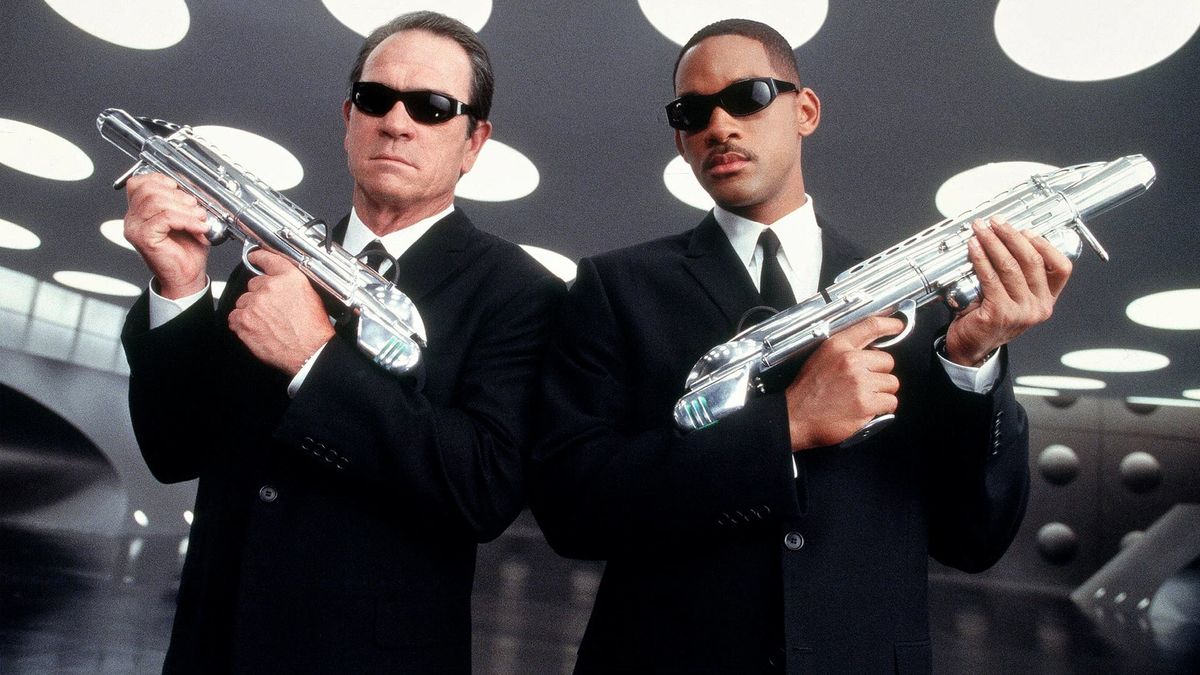 After the Slap Heard Round the World, I was unsure what it would be like revisiting old Will Smith movies, since he’s now so bizarre and complicated and troubled and all over the place; would they still hold the same magic they did in the 90s & early 2000s?  He didn’t always translate to smash success, but Will was a part of our growing up back then, and he was a pillar of pop culture, from film to rap and with his face plastered everywhere you looked.  Well, Men in Black is still the silly flick it was then, Will was still lovable and fun, that didn’t change, and the world keeps turning.

Behind the scenes, WAY behind the scenes, so much so that they don’t even exist on paper or in computers, are the Men in Black, a secret agency who protect us from the worst the galaxy has to offer, all while we sleep in blissful ignorance.  Aliens are real, they are here, and our planet has become a sort of neutral zone for space refugees, which has led to a ton of new & wonderful technologies.  But it has also led to conflict, and so the MIB must always be vigilant.  Newest agent J is just learning the ropes from K, but he’ll have to pick things up quick, because there’s a Bug on the losoe, it’s trying to start a war, and it must be stopped.

Will Smith was just special, so vibrant and captivating, when he was a young man in his acting & performing prime.  He was all over the place, his movies were fun, we enjoyed watching, he wasn’t hard but he was kinda cool in a goofy way, and he was definitely a part of our culture.  Men in Black is the same, influential and ridiculous, a good time at a low cost.  Will, Tommy Lee, Rip, Vincent D’Onofrio, Tony Shalhoub; a great cast, minus Linda Fiorentino, who is abysmal.  With gadgets and aliens around every corner, Men in Black is a fun time for the whole family, if not a movie you should peer too closely at if you want to enjoy what you’re seeing.