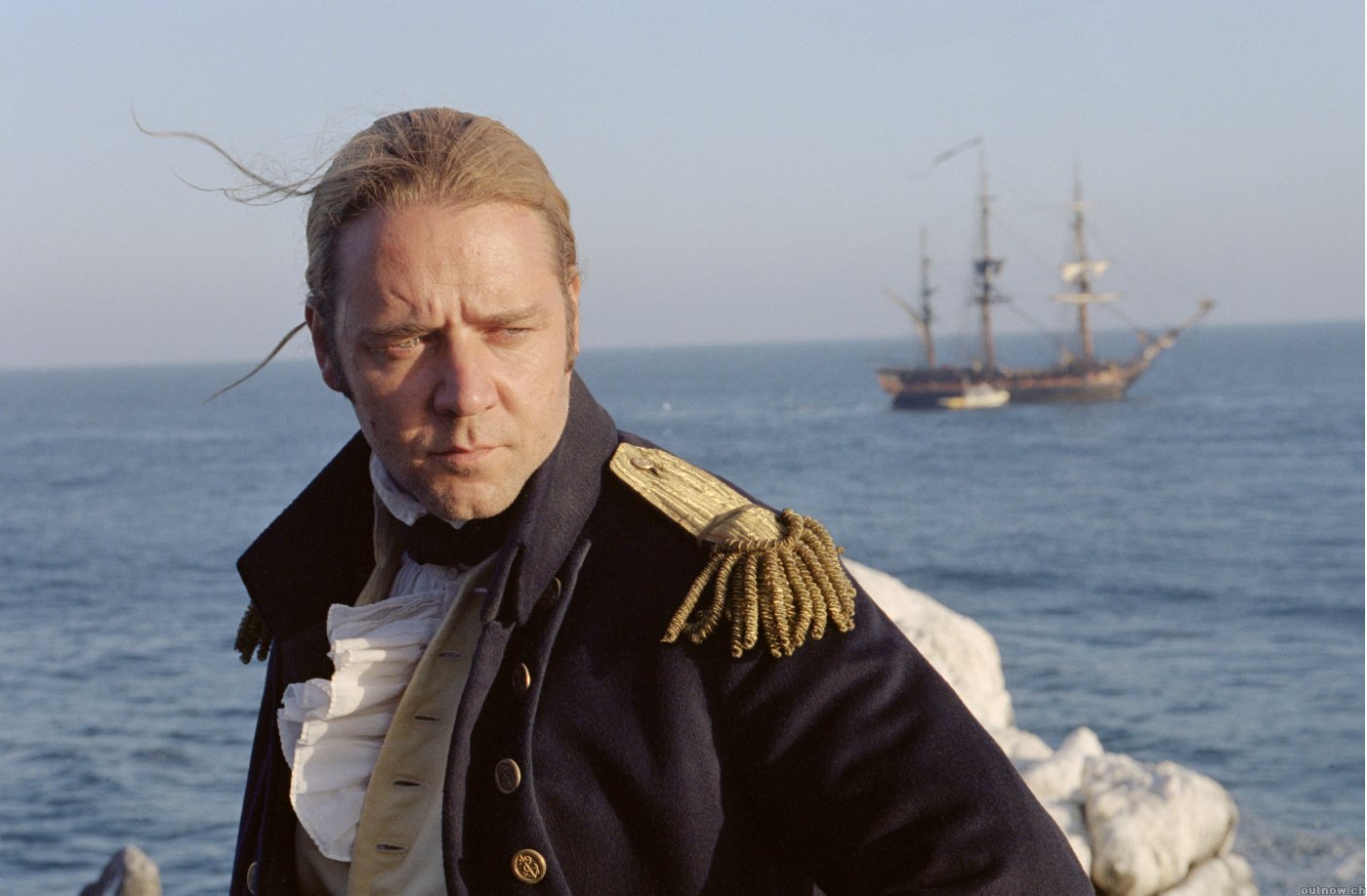 I remember vividly watching this movie in the theatre when it came out in the fall of 2003.  I was in Atlanta with my dad; he had a work thing and I had gone along for the ride and to help out.  It turned out to be a bust, so we blew that Popsicle stand and hit the town, including heading to the movies to see something random.  Master and Commander was playing, that’s what we saw, and it would become a memory of just my dad & me that I’ll remember forever.  Incidentally, it also happened to be an incredible piece of filmmaking, something that would stand the test of time.  I’ve heard its name brought up when listing excellent under-the-radar flicks, and I couldn’t agree more; this may be the best movie that no one talks about.

At the beginning of the 19th century, the world’s oceans were Europe’s battlefields.  France and Napoleon were threatening to take over the continent, while only England stood in their way.  Lord Nelson and the naval fleet were the only things that gave Britain hope, with war swirling all around and threatening every aspect of life.  Foreign waterways became the new frontier, with French privateers opening pirating routes around the Horn and into the Pacific.  England could not let that happen, so Captain Jack Aubrey was sent with his ship the Surprise to stop a famed French frigate called the Acheron from dominating those waters.  Chase and be chased, fire and be fired upon; that was the life at sea, with death waiting behind every wave.

First, Peter Weir; thank god he made movies.  Some of his projects are the best films I’ve ever seen, including this one.  It’s an epic adventure set on the high seas with everything you could ever want from a war film thrown in for good measure.  One thing I really respect about the story; there wasn’t forced romance or a love left behind to muddy the waters, the plot was pure, historic, honest, and true, with friendships replacing relationships and working all the more powerfully.  The acting is terrific, mostly from Crowe & Bettany, but from the sailors and soldiers and young lords as well.  Then there’s the music, which is genius, having the captain and the doctor play stirring tunes while burning time because, hey, what else do seamen have to do?  It’s action-packed, utterly awesome, fascinatingly nautical, and all-around cool; I don’t know why more people don’t acknowledge this movie as pure gold.