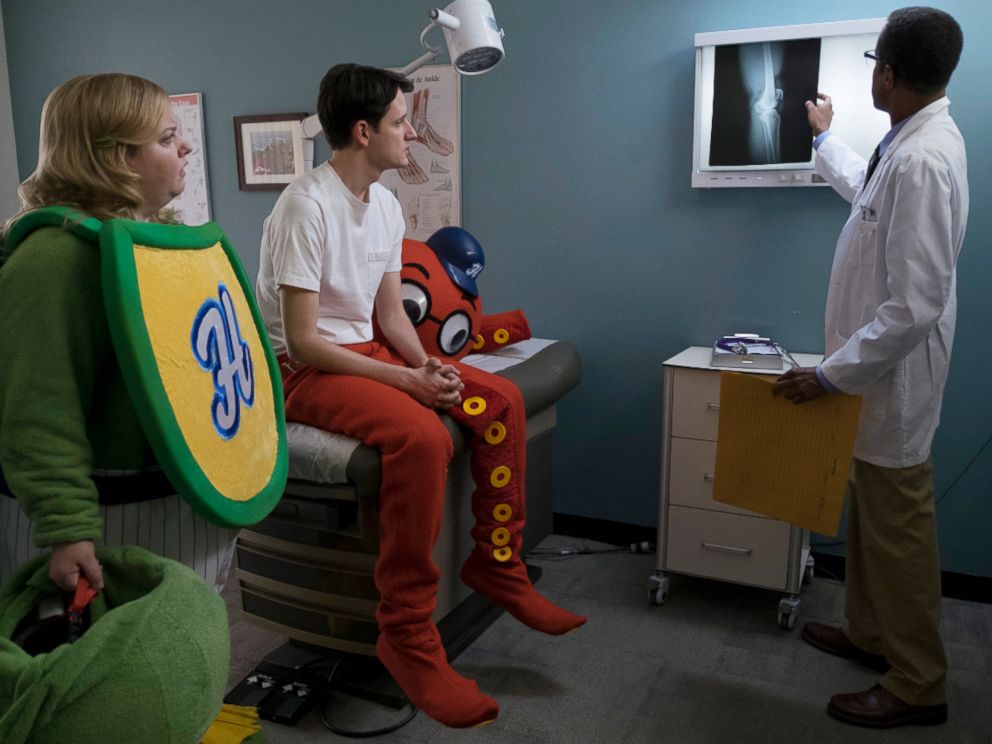 Just in case you didn’t know, I’m a huge Christopher Guest fan.  Waiting for Guffman, Best in Show, A Mighty Wind, For Your Consideration; his mockumentaries are works of genius, spectacles that literally no one else can pull off, and comedies that work on a level that you didn’t know existed.  But it’s been 13 years since his last success, that being A Mighty Wind, with For Your Consideration being a minor disappointment in 2006.  But he’s back and bigger than ever, with new blood joining the old gang, and a movie done in his patented style going straight to Netflix for our immediate enjoyment.  Problem is, Guest has most definitely lost his magic touch over the years, and, sadly, recycling the same jokes won’t get the same results.

It’s the 8th annual competition of sports mascots, where costumed characters from around the world come together to show off their skills, perform for the crowd, and win prizes with their overlarge heads held high.  The event takes place in Anaheim, California, with this year’s show under consideration for television presentation, if the Gluten Free Channel, aired in two cities, can be considered television.  But the stakes are as high as the energy, and it should be a great day of mascotery.  We’ve got Mike & Mindy Murray the married duo, Owen Golly Jr the British football club mascot, Cindi Babineaux the armadillo, Tommy Zucarello the Fist, Phil Mayhew the Plumber, and many others, all ready to take home a trophy in honor of the craft they love.

The magic is gone, and I doubt it’s coming back.  Guest does his best to copy Best in Show and some pieces of his other films, but just can’t capture that same feeling that we loved so much, despite bringing back almost all of the oddly hilarious old group: Michael Hitchcock, Parker Posey, Christopher Moynihan, John Michael Higgins, Jim Piddock, Ed Begley Jr, Jane Lynch, Don Lake, Fred Willard, Jennifer Coolidge, Bob Balaban, Harry Shearer, and even Guest himself reprising the role of Corky St. Clair.  It was way too much, too many characters, especially throwing in all the new ones, and not enough focus on the film itself, more like one last hurrah that lost control. There were perhaps two times that I absolutely cracked up, but the rest was only marginally funny, with way too much of a juvenile and/or inappropriate feel.  Poop, little people, marital strife, cheating, Furries; it went too far too often.  The result was a blur of crass comedy, reused concepts, and cool cameos, but not enough of a good, fun, smart, original movie.  It seems like the moment is over for Guest and his style, which had to happen someday, but is still hard to actually acknowledge.