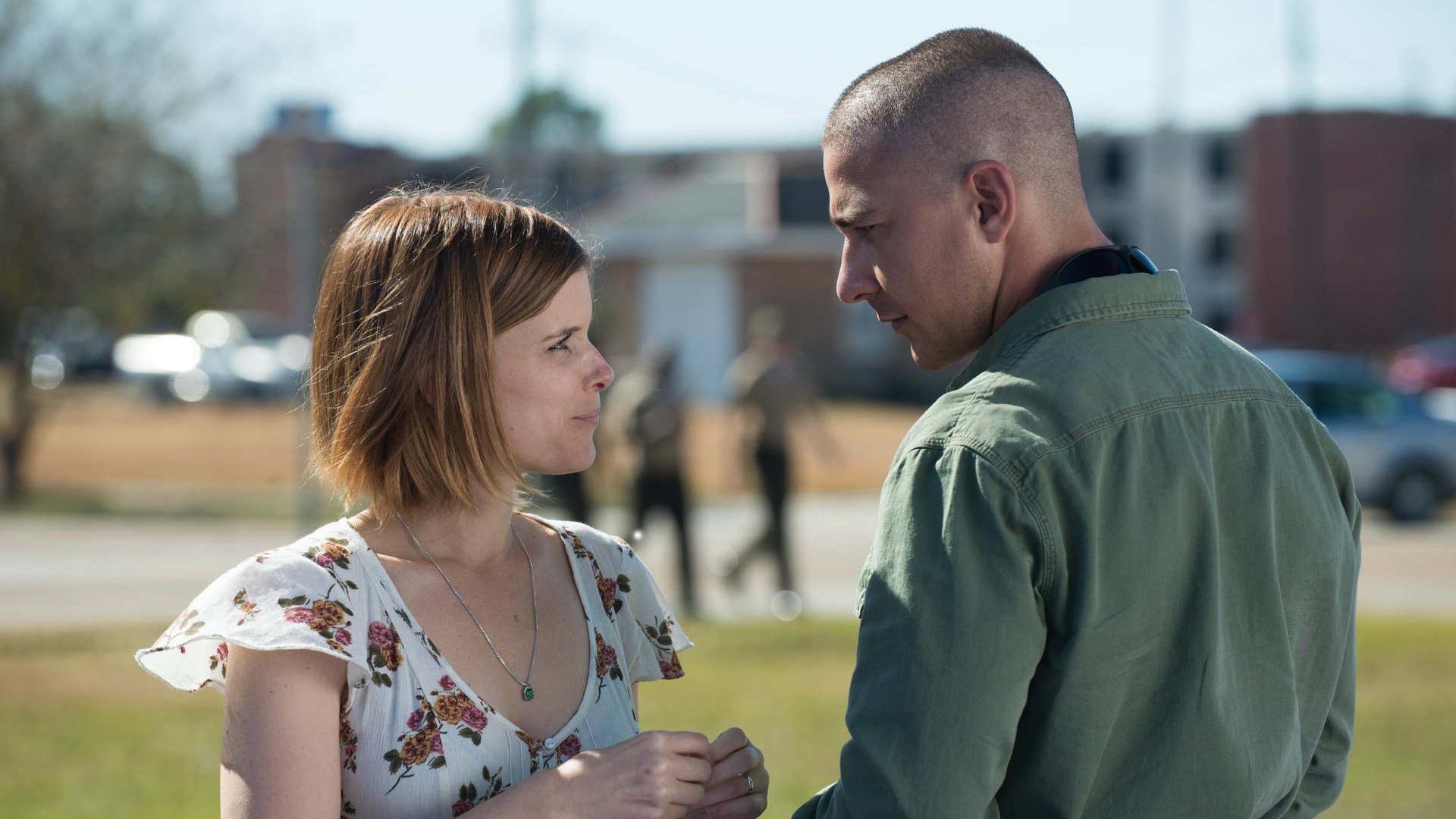 If you witnessed any of Shia LaBeouf’s personal movie marathon, I doubt you walked away without a little love for the guy, a little respect for what he’s gone through and where he wants to go.  If you didn’t see it, here’s a tiny recap; he bought out a theatre and watched every single movie he has ever made in chronological order.  People could come join, he ordered pizza, I assume he peed sometimes, but he didn’t sleep and he didn’t stop watching until it was all over.  He laughed, he cried, he was bored, he was delighted, and there was a camera present so you could watch Shia watching Shia.  Odd, yes, but sorta genius, and you could actually see this talented kid regretting, enjoying, feeling, and being more authentic than we ever get the chance to see a professional actor be.  Man Down is a bit like that; a giant mess that reveals just enough of the truth and a ton of this kid’s talent, something to see once, if not ever again.

Gabriel Drummer joins the Marines, leaving behind a loving wife and a devoted son.  His tours oversees are at least doable at first, as his best friend Devin is by his side most of the time.  The two are inseparable, a solid team, a killing machine, fighting like they were trained to do.  But an incident in a room in an Afghan town that Gabriel can’t quite come to grips with threatens to shatter that fine balance of normal life in an abnormal place.  What’s more, as war wages all around and news reports grow increasingly alarming, things back home may be just as chaotic as things in the suck.  Gabriel & Devin must use every ounce of their skill to locate Gabriel’s son in a world turned upside down, all the while battling their very own demons.

The story is a bit of a Jell-O salad, tasty tidbits tossed around in a bowl of goop.  The timeline is spliced, so there’s that, some information doesn’t exactly make sense, and you only pick up the plot as you go along, making for an interesting if somewhat annoying ride.  By the end, you realize that the movie just isn’t that good, that the ideas in its basement just aren’t that original, and that maybe you wasted a good bit of your time.  But along the way, you’re treated to some excellent acting from Shia, especially in a chopped up scene scattered throughout the movie where he plays opposite Gary Oldman, a phenomenal movie moment that almost makes the whole thing worth it.  Almost, and I’m right on the fence between saying I didn’t like this film and I kinda, sorta liked it.  I like Shia, that’s pretty much what it boils down to, and he emerges as much better than the film that swirled around him.