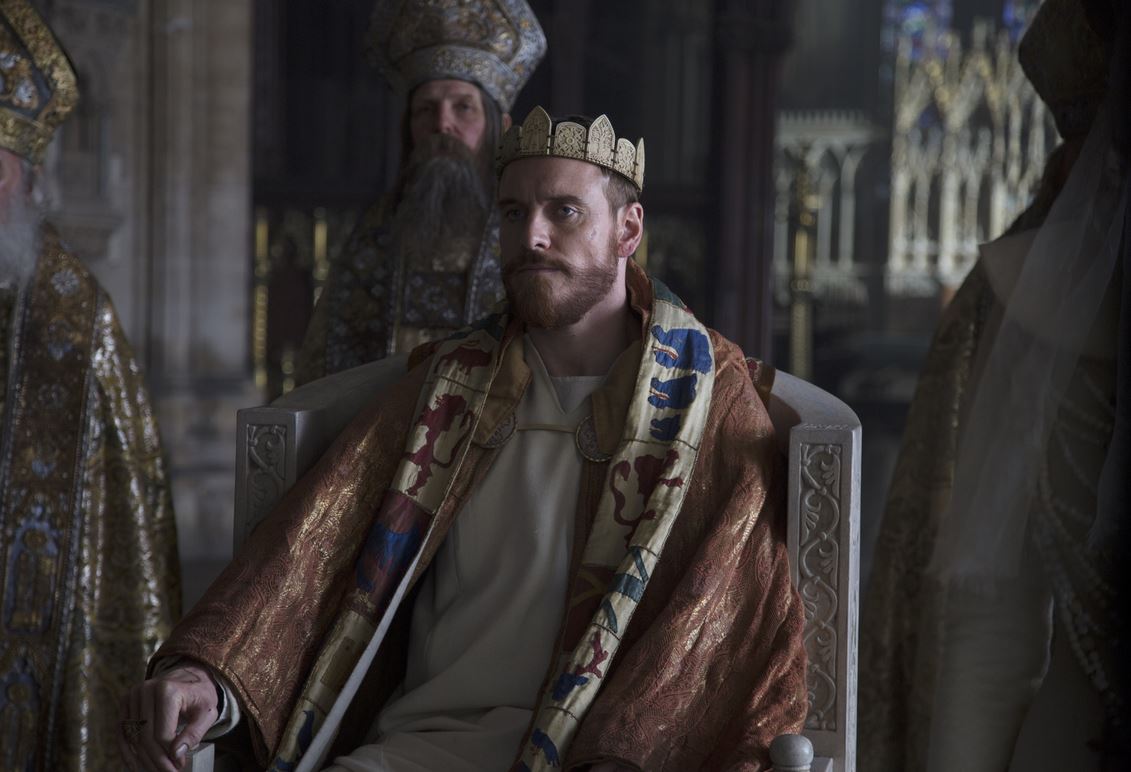 Macbeth combines a plethora of individually magnificent pieces in the hope that they will fit together to become a perfect puzzle.  First, one of the most well-read dramatic war & betrayal stories every written, a Shakespeare classic that became much more than a simple play years ago.  Next, a brutal style that has proven popular & effective in the past, from Braveheart to Saving Private Ryan, realistic deaths in the midst of true heart.  Also, two European giants who have become household names in America in Fassbender & Cotillard, a team that brings spectacular acting to every film they touch.  And lastly, a gritty & artistic vision meant to bring this tale into the 21st century, crafting something that is at once modern cinema and throwback theatre.  But while Macbeth succeeds in all areas, it stops just short of its early Oscar buzz, disappointing those who wished it to be more than simply solid.

Scotland is at war, the king Duncan fighting against a rebel force led by Macdonwald.  At the brink of collapse, Duncan sends his last troops into battle under the command of Macbeth, who wins the war and beheads the usurper.  On the battlefield, Macbeth is visited by a group of witches, weird sisters who prophesied that he would become Thane, then King, then defeat every man born of woman.  And so when Macbeth is named Thane of Cawdor to replace a traitor, he & his ambitious wife see it as a sign of glory to come.  Taking fate into their own hands, the couple conspire to kill King Duncan, root out his supporters, take the throne, and reign supreme.  But bloody betrayal will haunt Macbath & Lady Macbeth to the end of their days, an inevitable future that they have sped toward with their own actions. We begin with the good, which is almost every aspect, at least to those with patience and a discerning eye.  Macbeth is, at its core, a very simple and well-written (of course) story of far-reaching ambition and the pitfalls of power.  Macbeth aspires to be greater than he is at any given moment, his wife spurs him on, and those who do not comply with their vision will face certain death.  The plot is solid, the characters legendary, and Shakespeare’s masterpiece has perhaps never been presented better.  Kurzel directs while leaning toward the visual, making every scene sparkle, whether muted or bright, creating portrait after portrait of still frames that we should count ourselves lucky to view.  The color, the clarity, the slow building of intensity in each moment; he got the mood right, presenting the tale with appropriate drama & darkness.

But at the same time it was this darkness that kept the film from becoming something magically affecting, that held it down as a standard when what we wanted was something a bit more original, perhaps even Hollywood.  It feels sacrilegious to say, but what the film craved was a bit more light, more appeal, a tiny taste of normalcy for audiences to savor while adjusting to the classic format & language.  Because this is still Shakespeare, still heavy, still laden with difficult speech, and still a bit of an effort to focus on for hours on end.  Give Fassbender credit for playing Macbeth perfectly, allowing us access to the character through lines & expressions that made the man a relatable figure.  Cotillard was more over-indulgent, coming across as an actress given a desirable role, not one who was necessarily made for it.  Paddy Considine, David Thewlis, Sean Harris; all strong, all well-fitted.  But the film as a complete package was only a very nice, moody, bloody, artistically well-orchestrated take on Macbeth, not something that stood alone as a singular award-winning entity.