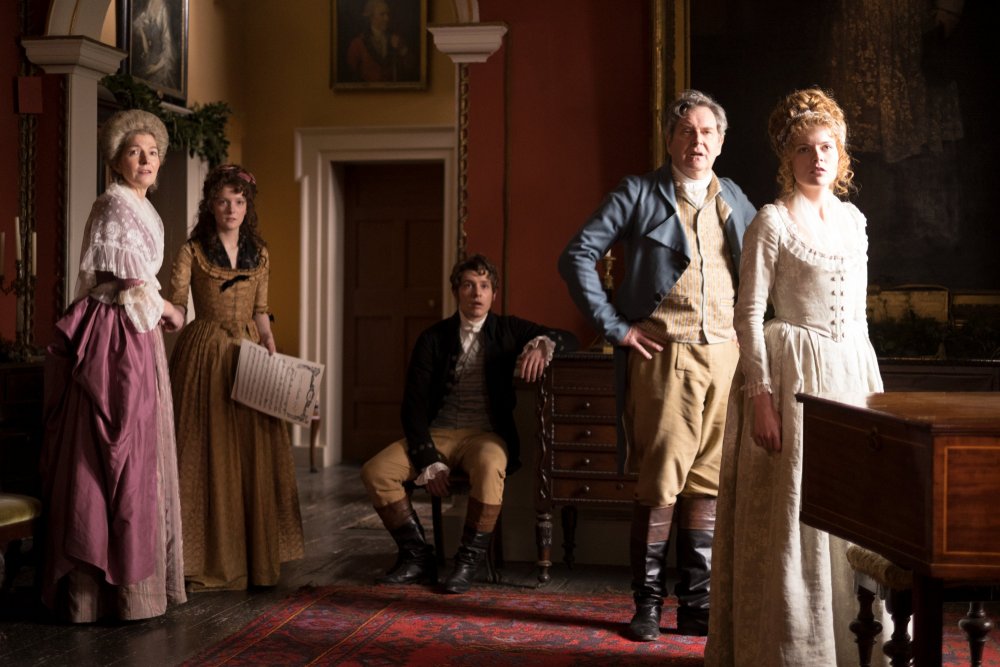 Period pieces are usually so heavy; it’s nice that one comes along like Love & Friendship to lighten the mood.  Based on a Jane Austen novella, this film plays like Victorian pulp fiction, a story so absurd you can’t help but love it.  A far cry from the typical, dreary fare, what with the moors and the corsets and the brooding lords and the whatnots.  As Americans, we love seeing the English dress up in costume and reenact their fictional history, but even we can bore of the Keira Knightley classic eventually.  If this film is worth anything, it’s due to its inherent jovial attitude and the refreshing alternative it offers.  Does it have much else going for it?  Sadly, no, but a little fun is enough, as long as you don’t expect more.

The Lady Susan Vernon, a beautiful widow and a reputed flirt, is on the move, looking for suitable husbands for both herself and for her angsty daughter Frederica.  Susan invites herself to stay with her deceased husband’s brother’s family, wealthy landowners with an eligible young man named Reginald on the premises.  With no money left to her name, Susan’s plan is to marry the attractive Reginald, tie Frederica to the foolish but famously rich Sir James Martin, and ride off into the sunset.  But love doesn’t always follow the rules, and even Susan can’t control everything & everyone, though she tries tremendously hard.  Less a comedy of errors and more a comedy of stuffy conversations between vapid aristocrats, Susan might have to forgo a few details, but this world is still her oyster.

Love & Friendship really is a wonderfully humorous take on this time period, an impressive story given the time it was written, especially as it concerns the roles of women, the power they wield, and the freedom with which they meddle.  As far as accuracy, who knows, and who cares, Austen may have been writing what she wished was true, that women could sleep with, marry off, and placate anyone they chose to.  Lady Susan certainly does, to our great amusement.  Tom Bennett as Sir James and Justin Edwards as Charles Vernon steal the show, though ironically the ladies were the film’s weakest players.  Kate Beckinsale had exactly one expression/tone, while Chloe Sevigny was downright terrible.  All in all, an entertaining break from reality, a very short feature, one worth your idle time, but not something to put much stock into.