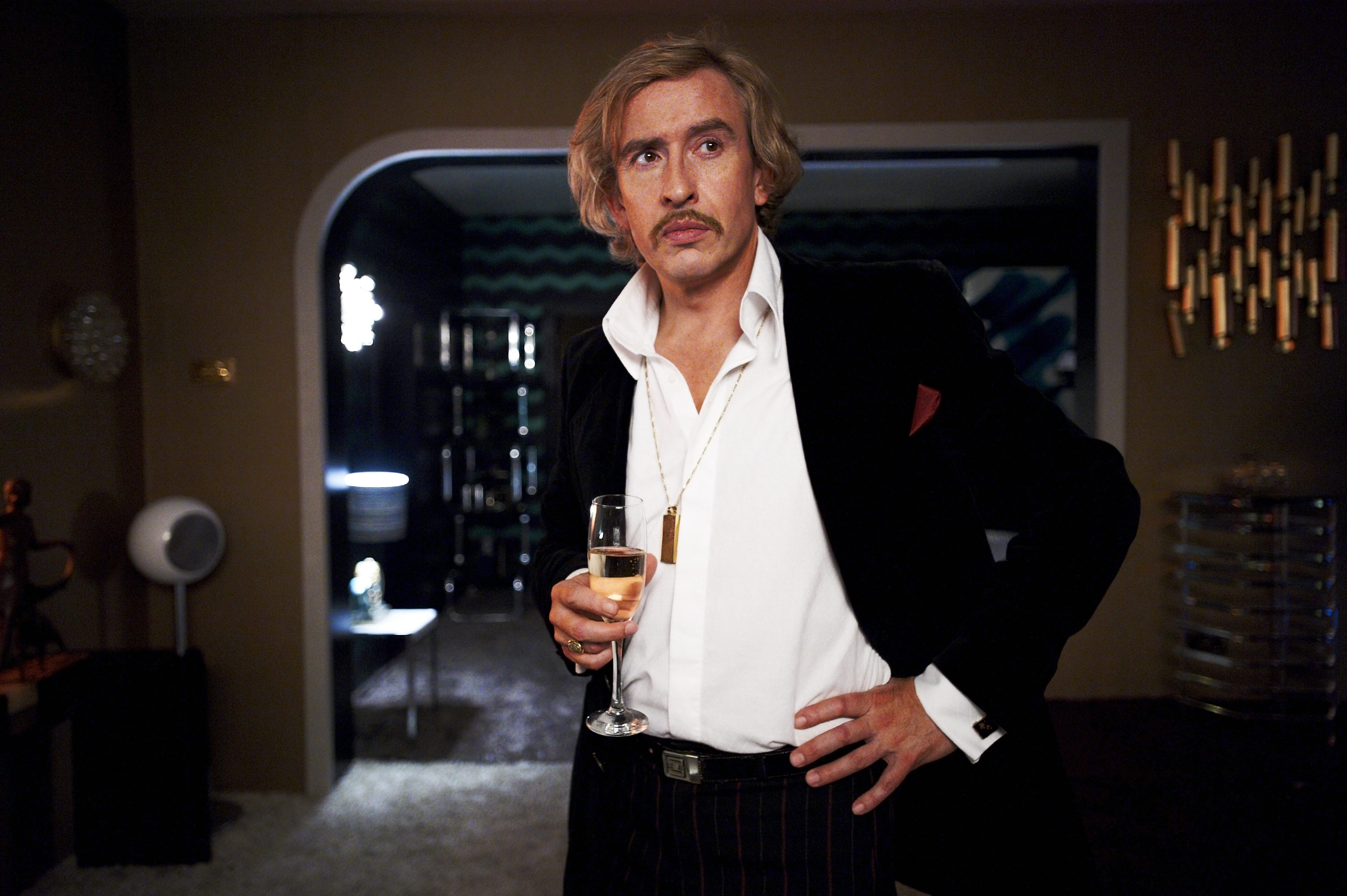 I’m a little obsessed with Steve Coogan right now, but I think he deserves the attention.  After all, he’s been largely unknown in America for most of his career, only recently starring in hits that your average audience member would have seen.  Before this, his career in Britain was pretty huge, with movies & television shows, comedy known country-wide.  But let’s focus on his newer stuff.  With roles in Night at the Museum, Hamlet 2, and Tropic Thunder he began to enter American cinema.  With Alan Partridge he caught my eye as a great natural comedian who had a hilarious character in his back pocket to pull out whenever it was needed.  In Philomena he showed his more dramatic work and gained a lot of notoriety.  And in both The Trip & The Trip to Italy he and director Michael Winterbottom hit their stride.  Now the duo is back for The Look of Love, a biography, a comedy, a drama, and a bit of a drag.

This is the true story of Paul Raymond, an entertainer turned nightclub owner who would become the wealthiest man in England.  To Paul, one fact was inarguable above all else; people like to see naked ladies.  In the early days when he would perform magic, the audience loved watching his beautiful assistants.  At the cabaret he would later own, patrons came in to see skin.  And when he began an empire based on this truth, Raymond would become fabulously wealthy.  But his success came at a definite price.  The media called him a pornographer as he pushed the limits of good taste.  The government censured him when he began a nude magazine.  His wife took half his fortune after a messy divorce.  And his daughter, the love of his life, turned to drugs to cope with her father’s world, a place of free love, expensive tastes, and a seeming abandonment of all restraint.

I had never heard of Paul Raymond before this film.  Hugh Hefner, Larry Flint, of course, but never Paul Raymond, Britain’s version of these men, the power behind the banishment of morality in the 60s & 70s.  It’s a fascinating story; the rise to riches, the early shows, the need for more & more freedom of expression, the drugs, the deals, the women, the fame.  It’s a wild ride, something right out of the godless hippie & disco eras that older audiences may know about firsthand.  As far as the film goes, it was just alright.  Steve Coogan was excellent, as usual, as the witty Paul Raymond, but with a depth that was well-developed.  Tamsin Egerton was beautiful and perfect for the part, as was Imogen Poots as Paul’s daughter.  It was the flow that was sub-par, the length of the film, and the repetition of events.  I began to feel a bit bored after a while, even though I was interested in the plot.  It was one of those nice time capsule movies and a cool biography, but not something that keeps you pondering the material the next day.  A well-made film perhaps, but not an exciting one.