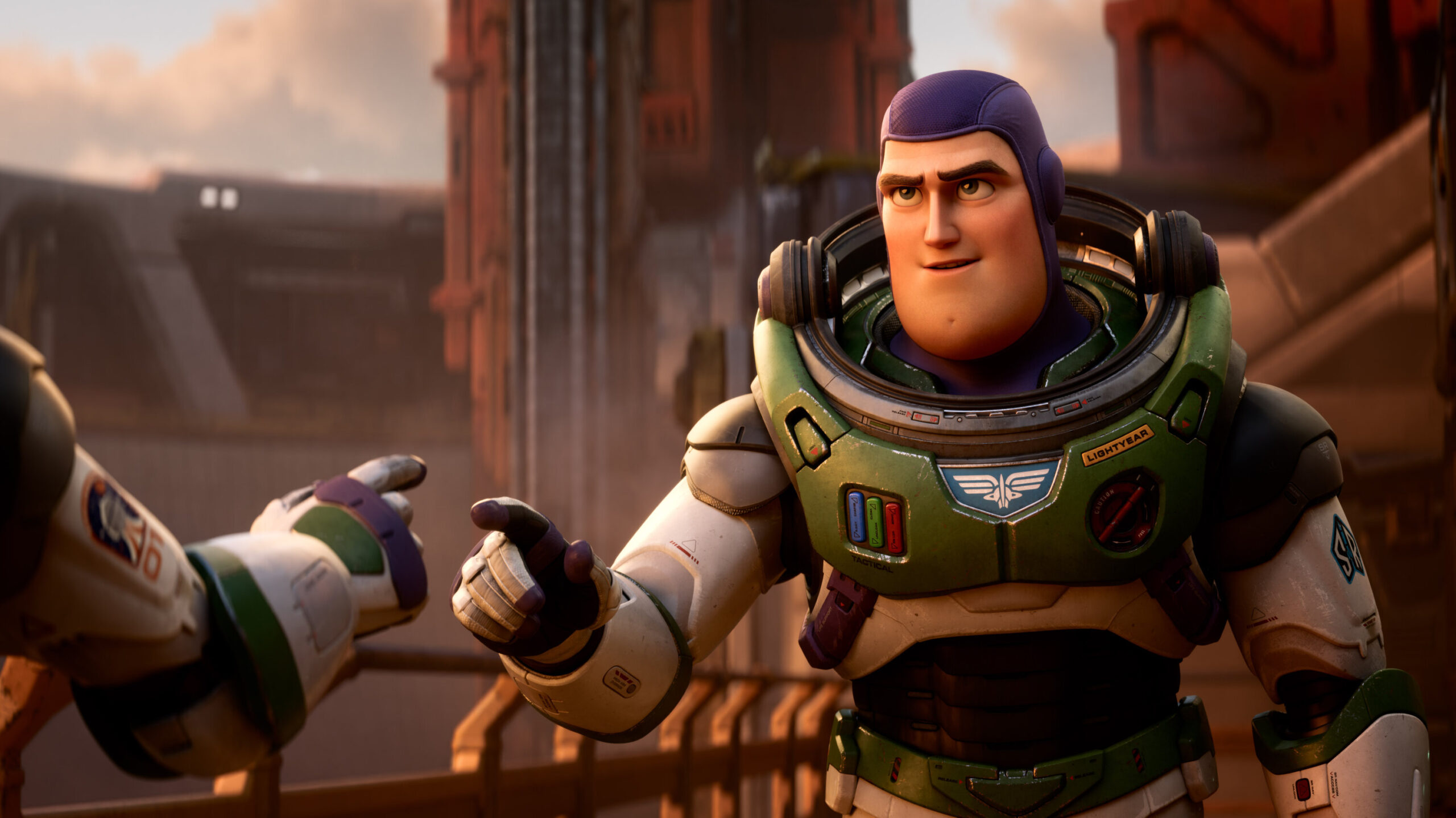 Is it a prequel, is it the toy’s origin story, is it an alternate Buzz universe, is it a movie all its own; it doesn’t matter, Lightyear is spectacular in any dimension and on any timeline.  Just when you think Pixar can’t out-do itself, just when you know the Toy Story franchise is done, just when you feel like you’ve had enough, along comes a film to make you stand up and clap, and *that*, folks, is why we love movies.  Lightyear is the animated triumph of the summer and quite possibly one of the Top 10 films we’ll see all year.

Buzz Lightyear, famed Space Ranger, started out as a young man on a mission, to protect galactic travelers as they explored new worlds and new realms of possibility.  On a routine stop on an uncharted planet, Buzz was piloting a group of cryo-sleeping scientists when the ship crashed, marooning them all in an inhospitable land.  Trying to solve the warp speed problem so they could go home, Buzz spent his own time flying & failing, while everyone else around him got on with their lives, made families, and learned to be happy.  Returning from one flight, Buzz finds that evil has come to his temporary home while he was away, and that only by working as a team with some unlikely friends will he be able to truly complete his mission.

Lightyear is the best movie I’ve seen so far this season, and it’s not really even close.  This animated action spectacle is pretty much everything you could possibly want in an hour & a half of viewing pleasure.  It’s got real heart, awesome adventure, clever humor, a robot cat, incredible voice-over choices, and enough honest reflection of the soul that you might even shed a little tear.  Chris Evans is spectacular as Buzz, the side actors are great too, the message is clear, the twists will SHOCK you, and you’ll leave so happy you’ll want to come right back again.  Think Interstellar meets Big Hero 6, which is as awesome as it sounds, although perhaps a little too borrowed.  Didn’t bother me though, borrow away, if the result is this good.