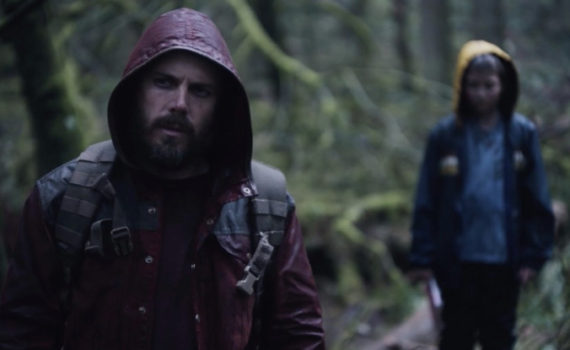 Light of My Life is simply Leave No Trace combined with The Road with the stakes raised, and the resulting magnificence shouldn’t surprise anyone.  The Road showed us what to do, Leave No Trace took our emotions further, and Light of My Life brought the genre home, succeeding as both a story of personal tragedy and an essay on the failings of mankind.  The fact that Affleck wrote, directed, and starred in this movie should only heighten the sense of accomplishment; he was able to create something special from all angles, one of the best films of the year.  Affleck also bet on himself more than on his young star (think Kodi Smit-McPhee, Jennifer Lawrence, Thomasin McKenzie), which I think was the key decision; actors of his talent don’t grow on celluloid trees.  No gimmicks needed, no celebrity cameos necessary; Light of My Life speaks for itself and for its creator, and wow does it speak loudly.

The world has moved on, but instead of revolving around a Dark Tower, America has plunged into the Dark Ages, or nearly so.  A virus of unknown specificity has wiped out almost the entire female half of the world population, and society has unraveled as a result.  Foraging and living on the fringe have become commonplace, with small villages serving as Wild West boom towns wherever enough people show up enough of the time to warrant a market or a general store.  For Rag, an 11-year-old, this partial existence on the edge of a real life is all that’s ever existed, since the decade since the downfall of order has never offered anything more.  Rag’s father keeps them hidden, separate, and safe, since the secret they carry with them is only growing more dangerous with the passing of time, and death would appear swiftly at their door if it was every revealed.

Full disclosure; I’m a sucker for post-apocalyptic movies and for Casey Affleck’s acting.  I know there are concerns about him personally, but I can’t speak to that, all I can do is watch what is before me and try my best to judge it, and what I’ve seen over the years, what I saw recently in Manchester by the Sea specifically, has made be a fan.  He’s phenomenal, and although I loved what Viggo Mortensen and Ben Foster brought to similar roles, there’s no one I can imagine who could do a better job with such a complex character living in an insane world.  And then there’s the directing and the writing; the guy did everything, this is his film, and I honestly didn’t expect it to check off as many boxes as it did, to shoot up to the top of my yearly list so easily and so readily, to be, in general, this damned good.  The music is perfection, almost Interstellar-esque, the action is played out so finely, without cheese or cliche, the ending I can fully support, the small moments I could watch for days, the over-arcing story one that I was emotionally affected by; I can’t sing this film’s praises enough.  Although I doubt we hear much from it come Oscar time, Light of My Life is nevertheless a grand bit of cinema, and an example of excellent, precise, simplistic, still-waters-run-deep filmmaking that I hope we see more often and more of.