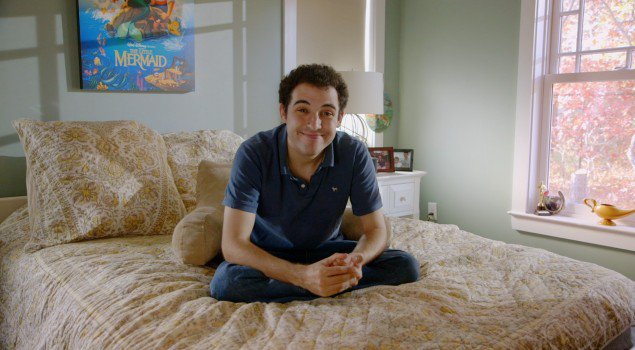 Nominated for Best Documentary at this year’s Oscars is Life Animated, an open window into the walls of autism, and the story of one family’s magical method of reaching their departing son.  Only parents of children with autism and those who work with them every day can understand the enormity of the diagnosis, but we who are on the outside can, at the very least, learn and empathize, which is why this film is so important.  My kids both attended an autism spectrum school as peers, had incredible success there, so our family has a slight understanding of the work that goes into charting courses around the barriers that these kids’ minds have thrown up, but a movie like this makes the situation all the more real.  It’s something that I can’t recommend enough, if only for a small amount of perspective in a world that so often pushes us to internalize, self-preserve, and to ignore the myriad of differences all around us.

When Owen Suskind was born, the second son of a intellectual family, his course seemed set, his success already assumed.  But when he turned three, he began to retreat into himself, become non-verbal, and appear as if his age was regressing.  His parents couldn’t find their son within Owen anymore, it was as if he had been kidnapped and replaced with a copy of himself.  Doctors diagnosed Owen with autism, and so began a 20-year struggle to find him a school that met his needs, to find him a life that he could enjoy.  But it wasn’t until the family realized that Owen could speak using Disney animated movie dialogue that the personality hidden deep inside him began to shine.  Owen’s obsession with Disney became a therapy, a way to communicate, a method to understand human emotion, and a path to overcoming the strongest defenses his brain could erect.

There are a ton of elements to touch on when talking about this film, too many perhaps, but we’ll try to focus on just a few.  Owen’s story is incredible, how he completely stopped talking, how Disney movie lines became a way for him to verbalize, how copying emotions from characters taught him so much about humanity.  We all love Disney, but perhaps this film shows us another reason why, a reason we can’t even put into words, but Owen can show us through his own life.  There’s a lot to learn about autism here, though it isn’t a clinical documentary by any means.  It’s a story about life, with an autistic man at its center.  The film is short, under 90 minutes, but the filmmakers did still have to fill in some gaps with what could be deemed unnecessary; animated drawings of Owen, many Disney clips, interviews with his brother that didn’t really add much.  The essential message could be boiled down to 45 minutes, but that message is so important, I didn’t mind the rest.  An impactful documentary with so much heart and so much to say, Life Animated definitely deserves its Academy Award nomination.