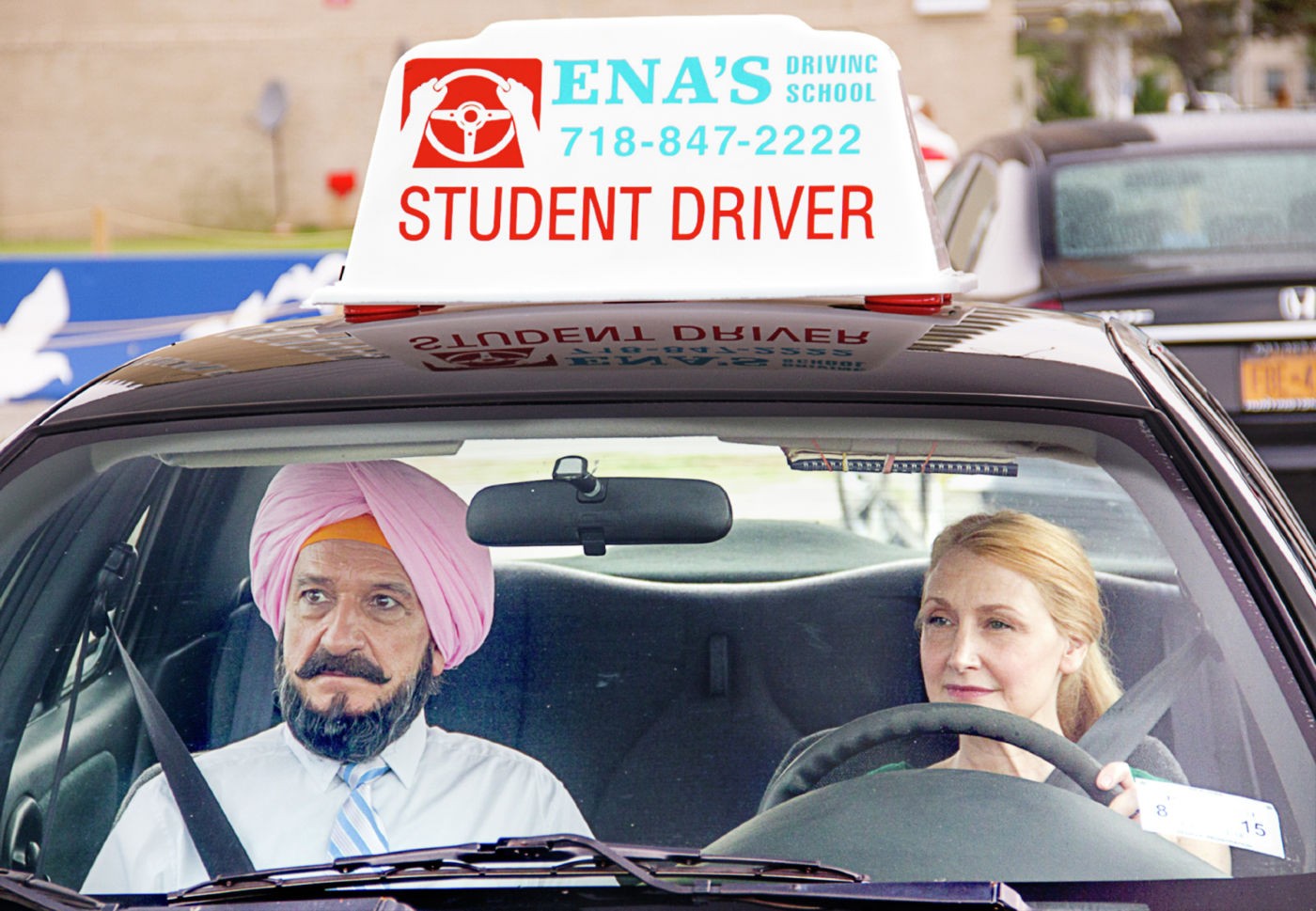 Ben Kingsley may be half English, half Indian, but his unique look allows Hollywood to cast him in a multitude of diverse roles.  In Schindler’s List he’s a Jewish accountant.  In Hugo he’s a French filmmaker.  In House of Sand and Fog he’s an Iranian emigrant.  In The Last Legion he’s Merlin.  In Oliver Twist he’s Fagin.  And in Iron Man 3 he’s a guy named Trevor.  No actor has had such an unusual career, highlighted by stellar performances and scattered with oddities.  With 129 acting credits on IMDB, his role in Gandhi in 1982 may be his most memorable, and here in Learning to Drive he is cast as a native of India once again, bookending a legacy that, after 72 years, could be drawing to an admirable close, if it weren’t for the 18 projects he was/is involved in after this film.

If Wendy didn’t go through a mid-life crisis in her 40s, her 50s are about to bring one along whether she likes it or not.  Her daughter is off to college, or maybe to a sustainable farm, she’s not sure.  Her career as a book critic is flourishing, appearing on radio shows and writing articles.  But it’s her husband who’s going to throw the curve ball.  He announces that he’s leaving, having been unhappy for years without Wendy noticing.  So now she’s all alone in a huge New York house, unable to move on, and, incidentally, unable to drive.  In order to visit her daughter in the country, Wendy hires Darwan, a Sikh Indian, to teach her.  But the lessons she learns become much more to do with life than with driving, as she and her instructor start a friendship that will teach them both so much.

There’s a lot to like about Learning to Drive, especially if you’re a bit of a sap.  I’m not, not exactly anyway, and so didn’t quite reap all the benefits that this movie had to offer.  Friendship, love, marriage, sex, moving on, growing up, getting old, and all the metaphors that a car has to offer us about our own lives; quite a few themes here, nicely orchestrated, if not exactly life-altering.  Picking it apart, though, reveals a few too many flaws.  Samantha Bee, with a small cameo, was eye-gougingly awful.  Patricia Clarkson was flat-out bad, like your mom starred in a movie with only a few acting lessons beforehand; she’s a convincing older lady with a few issues, but that’s about as far as her talent goes.  Ben Kingsley was much better, I enjoyed his performance a lot, but the film around him just wasn’t quite up to his level.  His name draws attention, but director Isabel Coixet, a bit of an over-dramatist, fails to hone all the varying themes & varying talent levels into a perfect final product.