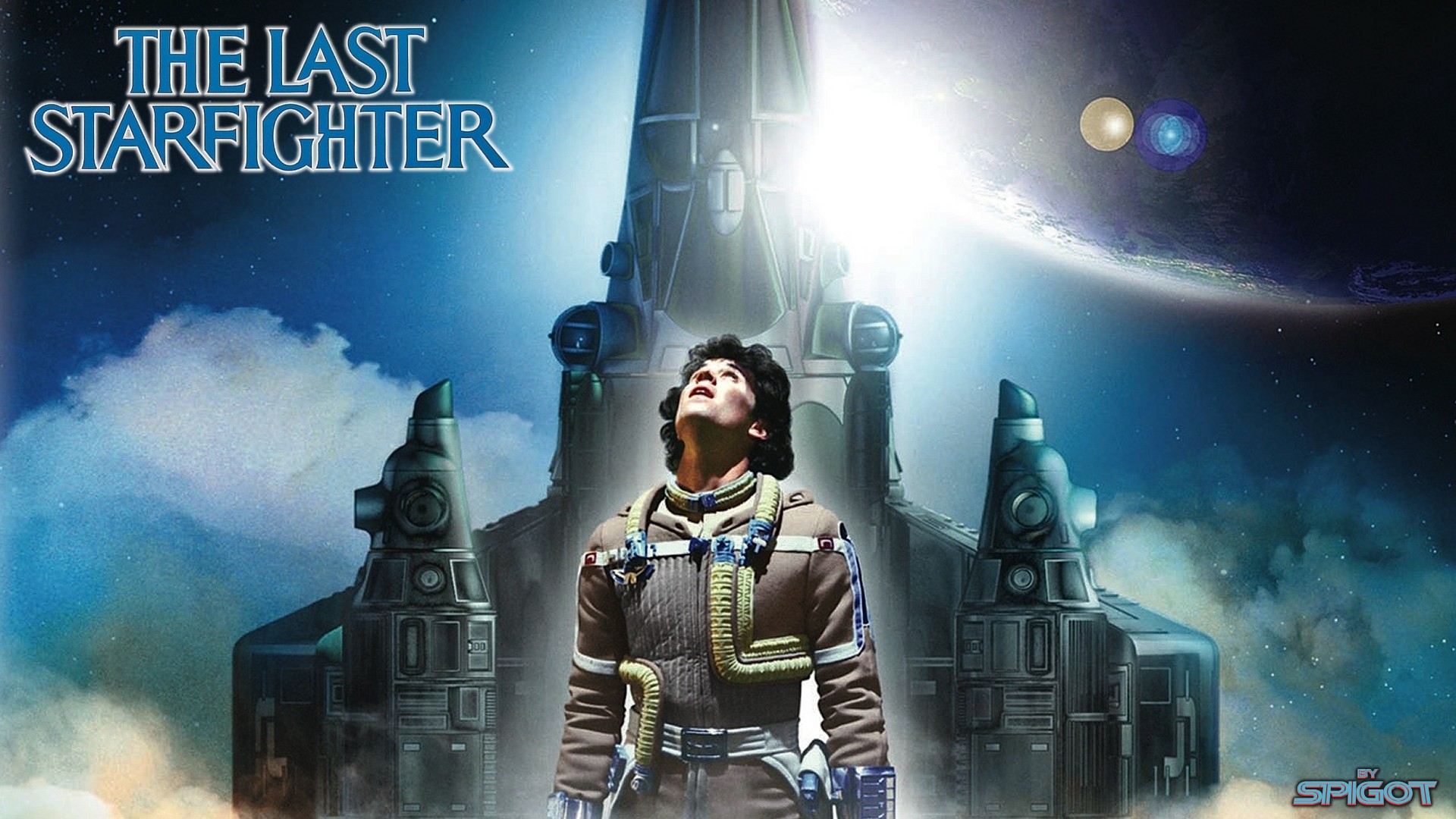 Oh the 80s, how we love you.  I was born in 1983, so I guess the 90s were more my “time”, but I’ve always been nostalgic for the awesome 80s, especially the incredibly weird movies that came out of that era.  From Legend to Real Genius, you never could quite tell what was going to appear next, and I grew up watching these wacky, grainy, super-dated but somehow timeless hits.  And since sci-fi is still my favorite genre, it shouldn’t be surprising that 80s sci-fi still holds a place in my heart.  The Last Starfighter is a film I watched a ton as a kid, probably 10 years after it came out, but I’m sure I enjoyed it more than most people did when it was released.  It’s just so awesome, and if you wanted to get critic-y, you could probably make the case that its ideas were parceled out later into many different movies, so hats off to Starfighter, and long live the 80s.

Alex Rogan knows that he’s meant for something much bigger than helping out his mom while she manages their trailer park, but he can’t seem to escape the monotony of the every day, the typical timeline that seems to be his future.  He has a great girlfriend named Maggie, he loves his family, and he spends all his spare time playing an arcade game called Starfighter, but what he really wants is to move away, to travel, to see the world, to experience something new for a change.  Well, be careful what you wish for, because the game that Alex has been playing is actually a test to find those special few who are gifted at piloting a Gunstar.  There’s an intergalactic war brewing, and humanity needs Alex’s help, even if they don’t know it.  He’ll soon be visited by aliens, both good & evil, and he’ll get his chance leave home, but the stars hold both beauty & danger.

Nick Castle has written a surprising number of, well, ‘successful films’ might be a stretch, but solid movies nonetheless.  Escape from New York, The Boy Who Could Fly, Hook, Escape from LA; pretty rad resume, in a cult way at least.  And he directed a few too, mostly 90s flops, but Starfighter is to his credit, and I’m really intrigued by Tag, a Linda Hamilton thriller about college murder.  Anyway, moving on, this is 80s sci-fi done right, and there’s nothing you need to do but sit back and be entertained.  Alien assassins, angry girlfriends, laser battles, brothers with Playboys; what else could you ask for.  And really, movies moving forward had a few Starfighter moments written in, so perhaps it made more of an impact than it would first appear.  This movie is all about fun, I enjoyed it many years ago, I enjoy it still today, and I recommend that you give it another look, if it was something you enjoyed 20-30 years ago; you won’t be disappointed.