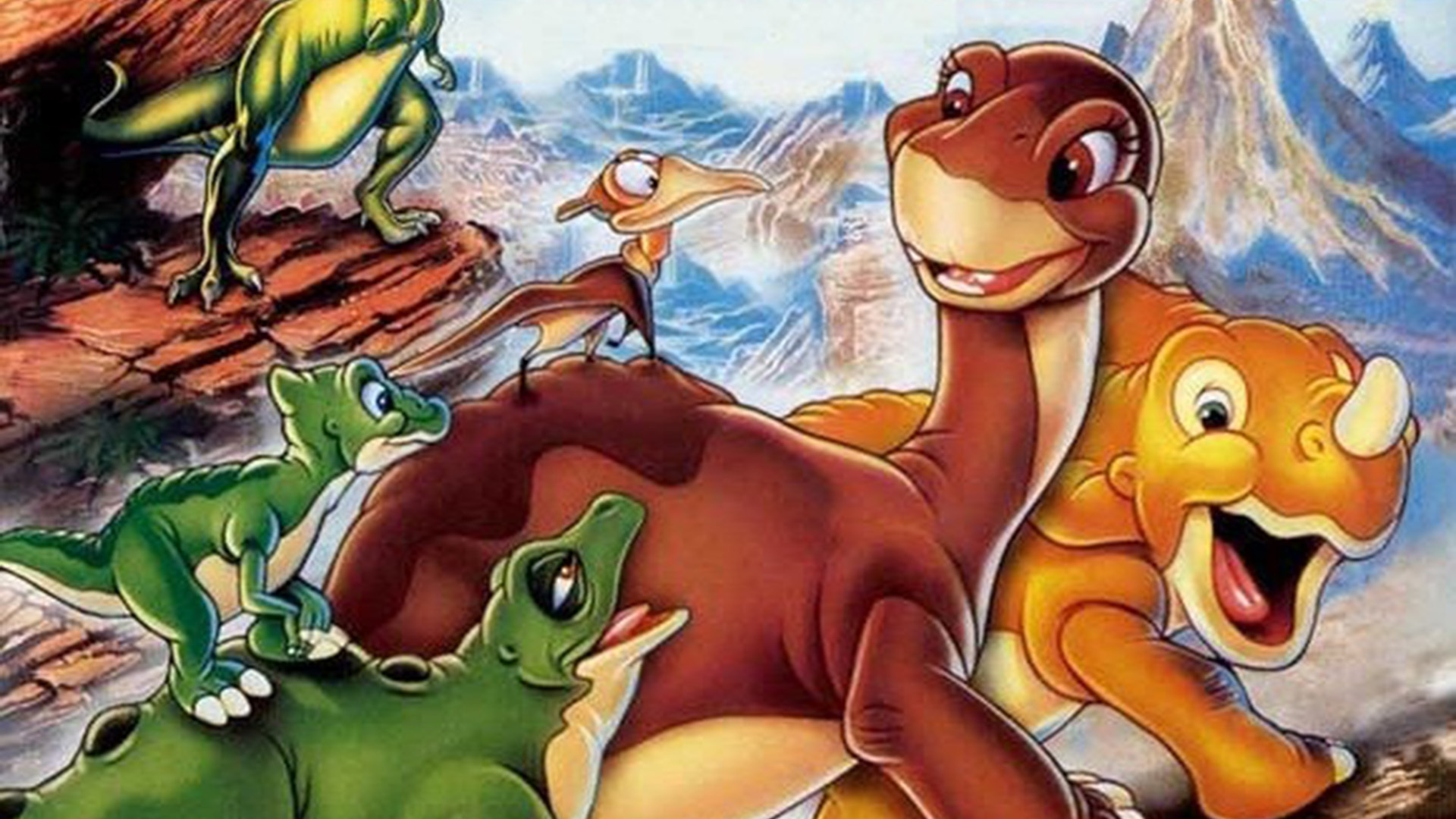 Don Bluth is the man behind a ton of my childhood favorites, Disney-esque animated features that are still beloved after all these years.  The Secret of NIMH, An American Tail, All Dogs Go to Heaven, Rock-A-Doodle, Thumbelina, Anastasia, even Titan A.E., and of course The Land Before Time.  The 80s were especially good to Bluth, and I remember watching these movies over & over again.  I’ll always love the Disney films of the 90s, those movies are untouchable classics that will never be outdone.  But I’ll also always appreciate the work that was being put in on the periphery, and I’ll hope to pass that down to my children as well, keeping the tradition going for as long as I can.

It’s the time of the dinosaurs, of an ever-changing map, and of a struggle to survive.  Littefoot is a Long Neck who, along with his family, is traveling West in order to reach the Great Valley.  In this place, so the legends say, there is still much green, still calm earth, and room for all the Leaf Eaters of the world to come together in peace.  But first they must get there, and that won’t be easy.  Not only are volcanoes erupting and mountains shifting, but Sharp Teeth roam the land, trying to snatch a bite out of any creature they can.  When Littlefoot is separated from his family, he teams up with a rag-tag bunch of dino-kids who have also become lost: Cera, Ducky, Petrie, and Spike.  Together they head west to find their families, to find food, and to find freedom.

This really is a classic to put all classics to shame, a movie that spawned a franchise of epic proportions and that has been seen by multi-millions.  It’s a great children’s movie, with funny characters, a good moral, and a ton of fun.  But it’s also not too terrible for adults, with some break-your-heart moments and really strong voice-overs.  I did love it as a kid, so I’m biased, and there are a lot of moments where I was thinking “How’d they get over there?”, so it’s far from perfect, but this film is something special that you can enjoy when you’re young or when you’re the parent of the young.  This style needs to be remembered and not left behind in Disney’s dust, because it has more than earned its place.