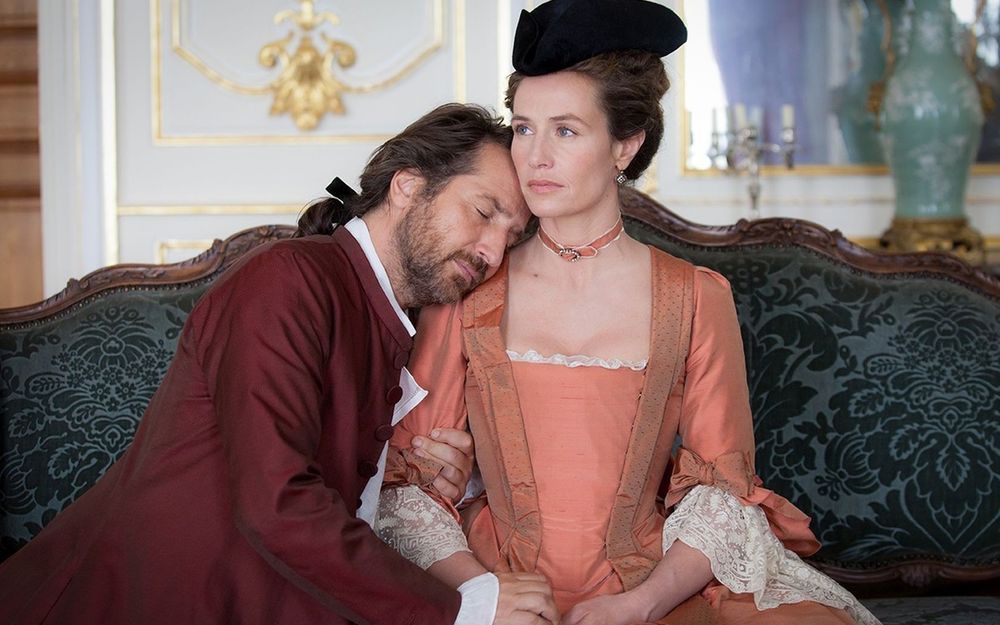 If you liked Love & Friendship for its comedic take on the period piece genre, a lighthearted look at love and intrigue, you’ll love Lady J for doing the same thing better, while still staying grounded in darker reality.  If I’ve said it once I’ve said it a hundred times; the single element that most proves the genius of Shakespeare to me is his mastery of tragedy and comedy, how one balances out the other, how laughing now makes you cry harder later, and definitely vice versa.  We can’t stay with one emotion too long, we get bored, so layering feelings give audiences permission to vacillate, and that often leads to a great experience.  Lady J takes us on a roller coaster, but one that has a definite path, and is prepared to blast away the barriers of style and forge ahead to somewhere much more interesting.

An extremely wealthy widow, alone in a giant country house for the first time, enjoys the company of a charismatic marquis, who has a reputation as a Libertine, a wooer, and a rascal.  But that doesn’t stop their friendship from growing, and eventually the madame begins to fall for the marquis, knowing full well that she ought to be on her guard, that his promises have fooled countless women before.  But love is love, and the couple falls into each other’s arms.  For a time, the marquis seems to have left his womanizing behind him, but as time passes he gets bored, is often away, and when tested, admits that his feelings have faded.  Understanding that she has been duped, the madame sets up an elaborate scheme to enact her vengeance, using the marquis’ own inexhaustible lust for beautiful young women against him.

Whereas Love & Friendship is purely comedy, Lady J takes bolder turns, and often enters the grim places of the human heart, which only makes it stronger.  Still, it is a refreshingly funny take on the stuffy period piece genre, when what we usually get is so moldy and melancholy.  Not this time around; this story is fun, adventurous, sexy, well-planned, and fascinating, as of course things don’t go perfectly, but within the mistakes lie important revelations on the human condition.  Those looking for period drama elements won’t be disappointed; the costumes, sets, manners, houses, etc. are all extraordinary.  But there’s more than just the backdrop to this film; the acting is excellent, the plot is tricky, the accents are to die for, and by the end you won’t be sure who to root for.  Trying this film means trying something a little different than the Hollywood or British formulas we’re used to, but you know what they say about variety.