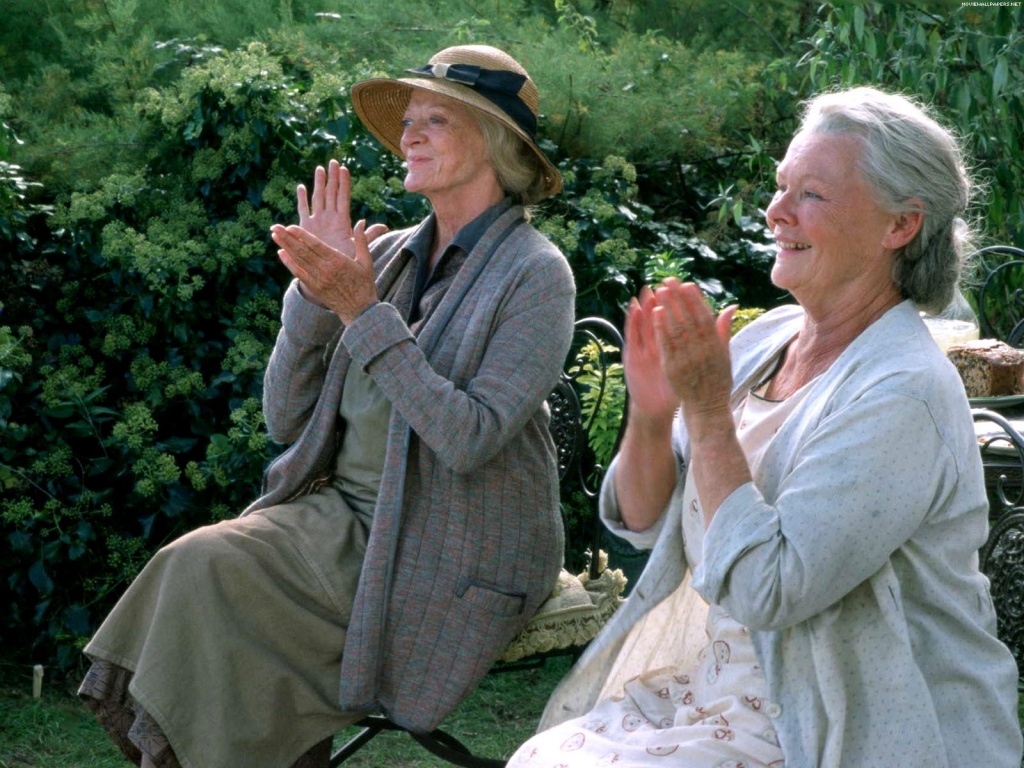 Charles Dance, with 148 screen credits, only directed one film, and that would be Ladies in Lavender.  Not a bad idea if you’re only going to do it once, to direct two of the most talented women in British cinema/television/theatre history in Dench & Smith, two amazing actresses who anyone would be lucky to work with.  I recently watched them, along with Eileen Atkins and Joan Plowright, in Tea with the Dames, a documentary about these four famous ladies, and a chance to hear their stories in a candid and unprecedented manner.  I would recommend giving that movie a glance, but you don’t need me to tell you to always perk up your ears a bit whenever you hear these particular names, because you will always find strong performances and fascinating characters wherever Dench & Smith choose to pop up.

Sisters Ursula and Janet live in a quiet Cornwall village with their maid and their garden, sharing a room after all these years and spending each day together as they appreciate the autumn of their years.  Their idyllic existence is shaken when a young man washes up on the beach outside their cottage, and they take him in until he gains his strength.  The stranger’s name is Andrea, he’s Polish, a musician, and doesn’t speak English, so communication is slow, but steady, and eventually the sisters begin to count on his presence in their guest room, especially Ursula, who never married, never was in love, and may finally be awake to her emotions, though far too late in life to do anything about them.  When Andrea mends and the time for him to leave grows closer, letting go might be the most painful experience Ursula has ever had to endure.

Ladies in Lavender is a simple film with a classic feel that could have gone in any number of dramatic directions, but chose instead to dwell on emotion instead of action, and was all the better for that decision.  It feels much, much older than it is, and not only because the pre-WWII period was so well-represented, and not only because Dench & Smith are pillars of the industry, but because the director kept to an old-school style that felt like classic BBC, not modern romance.  The Dames were spectacular of course, playing sisters so well, and keeping the story moving even when not much was happening.  And the side cast was solid too: David Warner (who I’ll always love for Time Bandits and Tron), Natascha McElhone (who used to be a sex symbol, as in Truman Show), Toby Jones (who is seemingly in every movie ever made).  But Daniel Bruhl may have stolen the show, starting a career that is currently exploding; he’s one of my favorite actors working today.  This film is an easy watch, a touching drama, and features great acting; what more could you want.