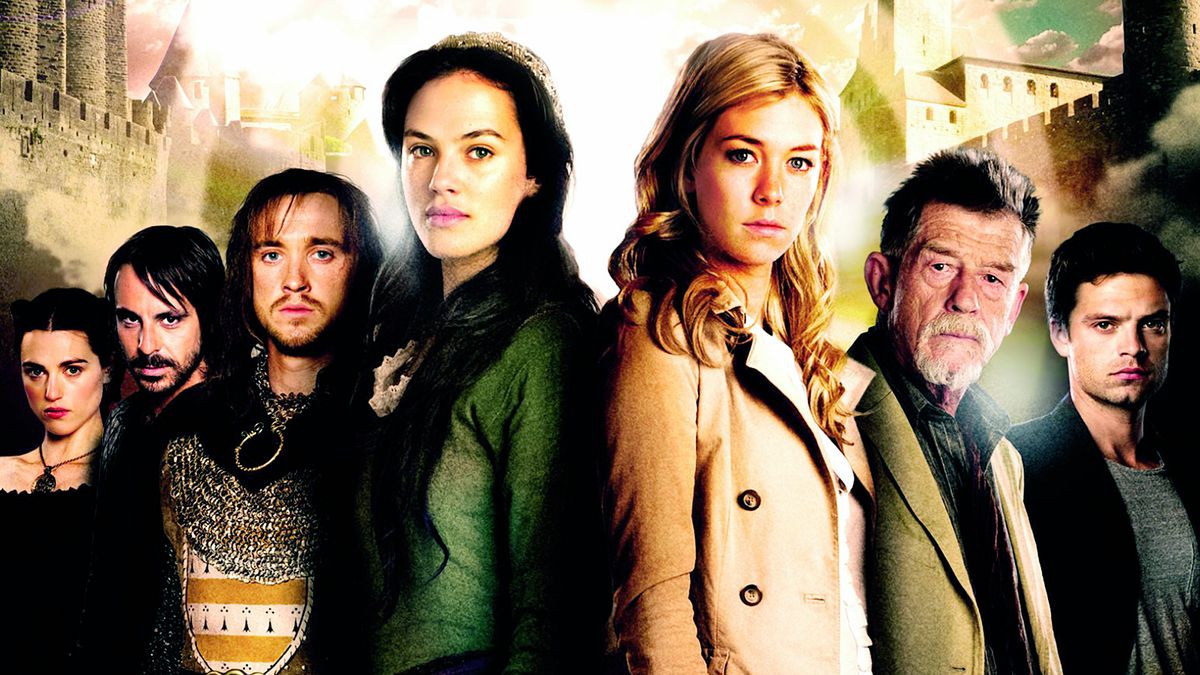 I like board games, and my favorite is Carcassonne, a civilization building game of sorts that was at the forefront of the “epic board gaming” wave.  The name comes from a city in France that still has a beautiful castle, and in many ways exhibits the era like a time capsule for us today.  That’s why I was attracted to this movie, it’s set in Carcassonne, but now I’m regretting ever sitting down in front of a box of meeples, since this film is among the very worst I have ever seen.  It’s not so much cinema as it is skit, and that would still probably be insulting to skits.

Based on the book by Kate Mosse, here are two interwoven tales, one from medieval times and one from modern times, that touch each other in so many ways that they become one story.  In 1209, a woman named Alais is tasked with finding the Holy Grail through the secret of a series of hidden books, while around her the city of Carcassonne is attacked by Crusaders, for it refused to give up its population of Cathar citizens to be butchered as heretics against the true religion of the Pope.  In our time, the beautiful Alice takes part in a dig that uncovers bodies, treasures, and clues.  The two women begin to live parallel stories as they both fight against evil for possession of the Grail, and to preserve goodness in the face of unspeakable darkness.

Technically, this is a mini-series, with two 90-minute episodes, but it’s just a 3-hour movie, don’t get excited about the details.  And it’s one of the most terrible movies you will ever watch, so along with not getting excited probably just forget it all together.  It’s so many other projects smashed together in such an awful way, like The Da Vinci Code meets Timeline, a stupid mystery with two tales at once.  But the whole thing is done in Wishbone quality, like a PBS original that had $5 as its total budget.  Or maybe they spent all their money on the stars, not the film itself, because the cast list is impressive, but someone forget to make an actual movie around the actors.  Seriously, it’s almost unbelievable how badly this film plays out, there are times you feel likeyou must have blacked out for 10 minutes, because the story simply isn’t making any sense.  Stay far, far away, this is something that should not have been made, and I hope heads rolled when it finally came out, because whoever produced this travesty should be run out of Britain on a rail and forced to swim to a life in exile; it’s that bad.